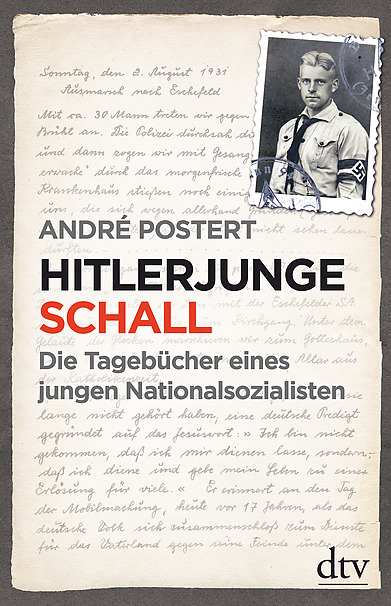 The diaries of a young Nazi provide a glimpse into the mind of a young person taken in by a totalitarian ideology.

Franz Albrecht Schall was fifteen years old in 1928. Over the next seven years, he kept a detailed and vivid diary in which he recorded the most important aspect of his life: his involvement with the Hitler Youth. While diaries and memoirs of young Nazis have been published before, this document is unique. Covering a long period of time from 1928 to 1935, as the Nazis rose to power, it gives a fascinating insight into the mind of a young man who never wavers in his ideological attachment, and into the inner workings of Nazi youth organisations. It is a revealing account of Schall’s journey into adulthood, his perception of the role he thinks he needs to play to create a unified Germany, and the effects Nazi ideology had on his idealistic views.

Despite growing up in a middle-class, academic family – his father is a professor of theology and friend of the author Hermann Hesse – Schall is drawn to far-right propaganda early on via local and regional youth groups. His early diaries refer to group events that propagate values such as discipline and proper dress, thus creating a grassroots platform for Nazi ideology. Schall records rallies, parades, political lectures and publicity tours as well as his personal impressions of the Führer. His description of these events is particularly vivid: the mass hysteria and his own enthusiasm are fascinating to observe and sound a warning note in the face of current mass political movements.

Editor André Postert, a researcher at the Hannah Arendt Institute for Research on Totalitarianism, provides insightful and accessible introductions to the events of each year, alongside further information on what happened to Schall after his diaries come to an end. His father is arrested in 1937 on suspicion of state treason. In 1940, Schall serves in the war in Russia, but is deemed unfit for service after he is seriously injured and almost loses a leg. His brother Leo is killed, alongside many of Schall’s friends. Schall later claimed that this opened his eyes to the senselessness of the war and to Hitler’s madness.

These diaries are a potent reminder of the power and seductiveness of extremist political movements, and essential reading for anyone who wants to understand how the Nazis used young people’s enthusiasm for their own purposes, long before they actually came to power.