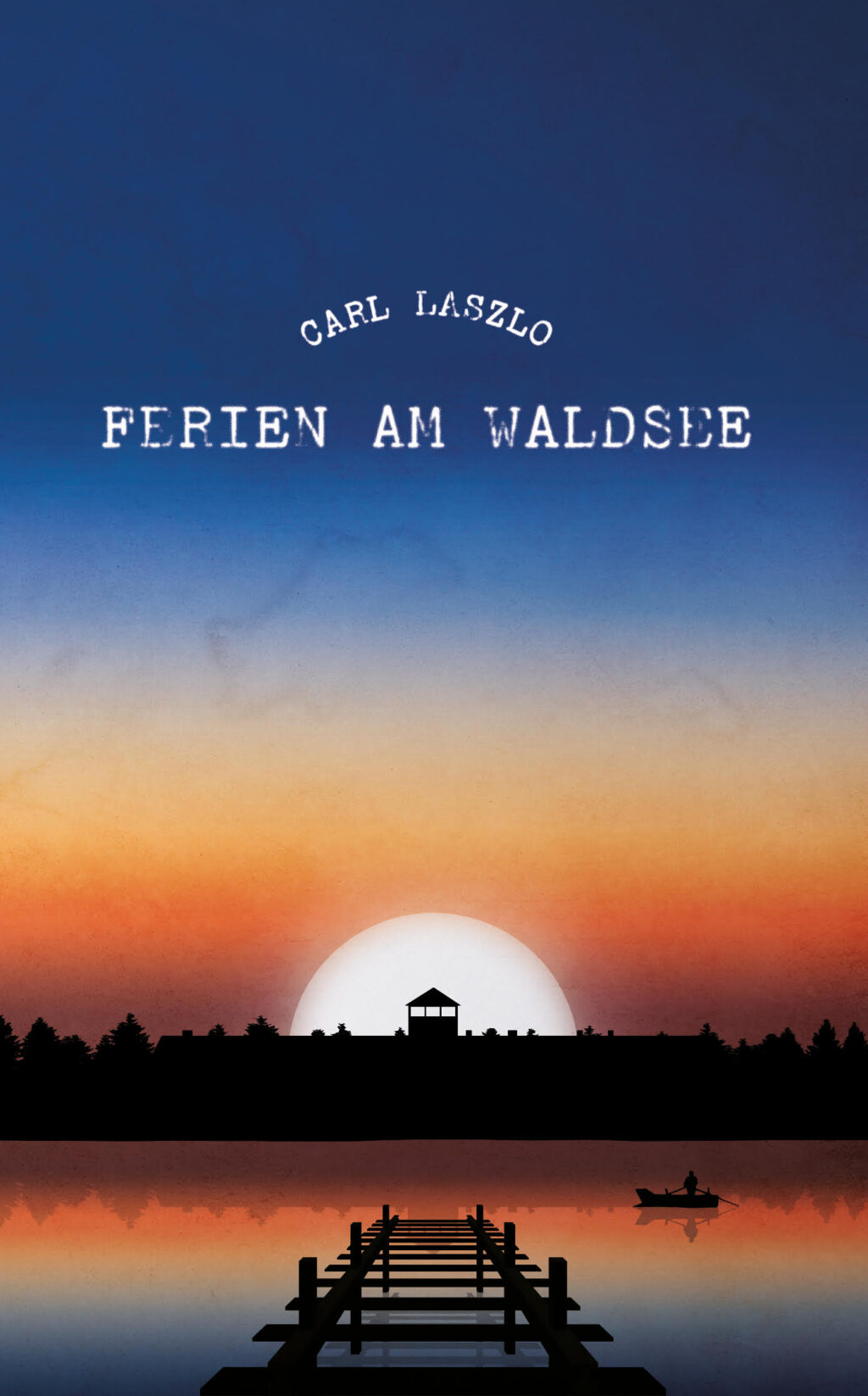 Carl Laszlo’s fictionalised memoir Holidays at the Forest Lake is a powerful and deeply moving account of the author’s time in a number of concentration camps – Auschwitz, Sachsenhausen, Buchenwald and Dachau – in the final year of World War Two. The book was first published in 1955 but gained little attention in a society that was unwilling to deal with such recent horrors. Now reaching a larger readership since its republication in 2020, Holidays at the Forest Lake offers an original and compelling perspective on the horrors of the camps.

Laszlo – like his alter-ego Aliego – views the world as a stage, and each of the ten chapters in the slim volume is presented almost like a scene in a play. This distancing approach lends the book a devastating force, which gains yet more power from Laszlo’s skilful juxtaposition of opposites: the beauty of the camps’ natural surroundings with the smoke rising from the crematorium; the singing of a French love song from the croaking voice of a dying man.

In an early chapter, ‘Romeo and Juliet’, the narrator (who is distinct from Aliego) is given a copy of the Shakespeare play. As he reads it, he sees the arrival of a new consignment of prisoners, the words he is reading contrasting starkly with the scene outside, where the infamous Mengele is choosing whether each new arrival will live or die.

Later chapters see the inmates force-marched between the different camps as the Allies draw ever closer, and when liberation finally takes place the narrator is close to death’s door. There are, however, also moments of light-hearted relief throughout the book: a tale of stolen underpants, and a semi-humorous episode where the narrator has to write horoscopes for the camp commander. Aliego, a friend of the narrator, is able to view everything at one remove –and the reader learns that this remove is what makes spiritual survival possible.

The main narrative is bookended by an introduction by the publisher and a detailed afterword by Alexander von Schönberg, who knew the author well after the war and provides a fascinating portrait of a man whose work as an art-dealer brought him into close contact with some of the most famous artists of the era.

An urgent and necessary historical account, Holidays at the Forest Lake offers an intimate depiction of a man who was determined to survive, and who refused to let his sufferings define him.

Carl Laszlo, who was born in Pécs in 1923 and died in 2013 in Basel, was a Hungarian-Jewish collector, art dealer, psychoanalyst, man of letters and bon viveur.

After an untroubled and affluent childhood, he was studying medicine when he and his entire family were deported to Auschwitz in 1944. Having been freed at the end of the war he fled to Basel, where he quickly made his home.

In the years that followed, Laszlo studied psychoanalysis with Leopold Szondi, moved to New York briefly with Allen Ginsberg and William S. Burroughs, founded journals and caused a stir with his stage plays and manifestos. Inspired by Hans Arp, he founded an art gallery in Basel in 1962, which quickly grew into a hub for the international jet set and the art trade. Christo and Andy Warhol were constant visitors, as were Patricia Highsmith and the Dalai Lama.

His unjustly forgotten memoir volumes Holidays in Waldsee (1955) and The Road to Auschwitz (1987) and his extensive collection of almost 15,000 pieces including by René Magritte, Otto Dix, Andy Warhol and Salvador Dali are testament to his outstanding and diverse life’s work.