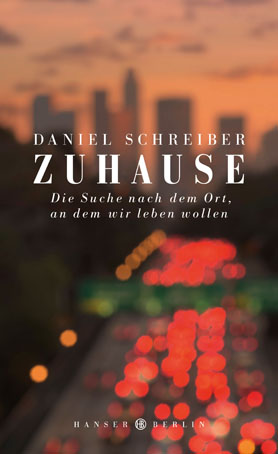 After a prolonged but temporary stay in London, essayist Daniel Schreiber slid into a state of melancholia that prompted him to question the concept of home. The feeling of belonging in a certain place suddenly seemed questionable. From this highly personal starting point, Schreiber explores universally relevant questions. Calling to mind writers such as Alain de Botton or Julian Baggini, he interweaves personal observations with references to a broad spectrum of philosophical, literary and psychological reflections. Schreiber concludes that his immersion in a foreign language – English – enabled him not only to distance himself from his past but also to adopt a different viewpoint towards himself. In an era of increased mobility, migration, multilingualism and internationalism, the yearning for a specific sense of belonging might seem outdated, but is still deeply rooted in our mindset.

In this short book, Schreiber tackles questions that concern all of us. As one of Germany’s most popular younger essayists exploring contemporary issues, he brings an international perspective to discussions of identity politics and nationalism.