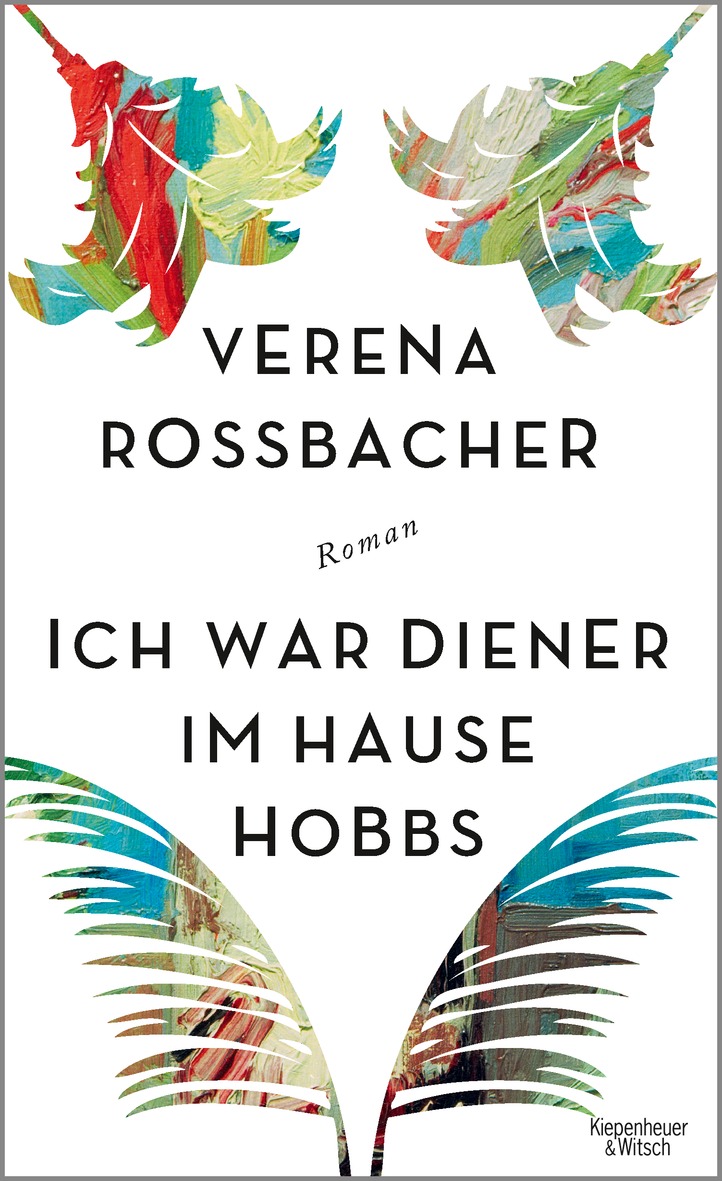 Verena Rossbacher masterfully weaves a butler’s chance observations and untrustworthy memories into a tragedy that keeps readers guessing until the final pages.

Graduate of a prestigious Dutch training school for butlers, Christian Kauffmann finds a position in the Hobbs family’s plush villa in a fashionable area of Zurich. Jean-Jacques Hobbs, a well-known lawyer, lives there with his wife Bernadette, their two children Raphael and Aurelia, Jean-Jacques’ twin brother Gerome, and an army of servants. Christian goes about his daily routine, contented and detached. He is the consummate butler, wishing for nothing so much as an orderly life as he follows his motto of never making himself the centre of attention. Yet he cannot help but observe strange goings-on, culminating in a confrontation between the two brothers that leads to Gerome’s eviction under a cloud of veiled threats.

A family excursion to a Schubert festival near Christian’s childhood home in rural Austria sets in motion a series of fateful events and revelations. Jean-Jacques decides not to accompany his wife and butler, freeing up a ticket for Olli, one of Christian’s circle of childhood friends. Much to the butler’s embarrassment, worldly Bernadette is enchanted by every aspect of the provincial life Christian has left behind, including his friends, whom she later invites to Zurich. When Olli reveals that he is in love with Bernadette, Christian facilitates a tryst in the summerhouse. He witnesses his boss discovering his wife’s infidelity and is also fairly sure that Bernadette conceives her third child, Theresa, during a trip to Paris with Olli.

The novel’s climax comes when Jean-Jacques is implicated in a huge tax evasion scandal and Christian finds his body in the summerhouse. He has shot himself. It turns out that virtually everyone has been deceiving the butler and that Jean-Jacques’ entire career was built on lies. Christian is constantly playing catch-up, understanding significant details long after everyone else has grasped their ramifications. He is so preoccupied with being inconspicuous that he sometimes forgets to observe anyone but himself.

Rossbacher’s language is rich, the psychology of her characters convincing, and the themes of deception and gullibility are finely woven into a tale that is told largely in flashback but with moments of great immediacy. The novel’s setting in upper-class Zurich and provincial Austria will appeal to an Anglo-American readership and its long-held obsession with ‘upstairs, downstairs’ culture.

Verena Rossbacher was born in Bludenz, Vorarlberg in 1979 and grew up in Austria and Switzerland. She studied philosophy, German language and literature and theology in Zurich and creative writing at the German Institute for Literature in Leipzig.