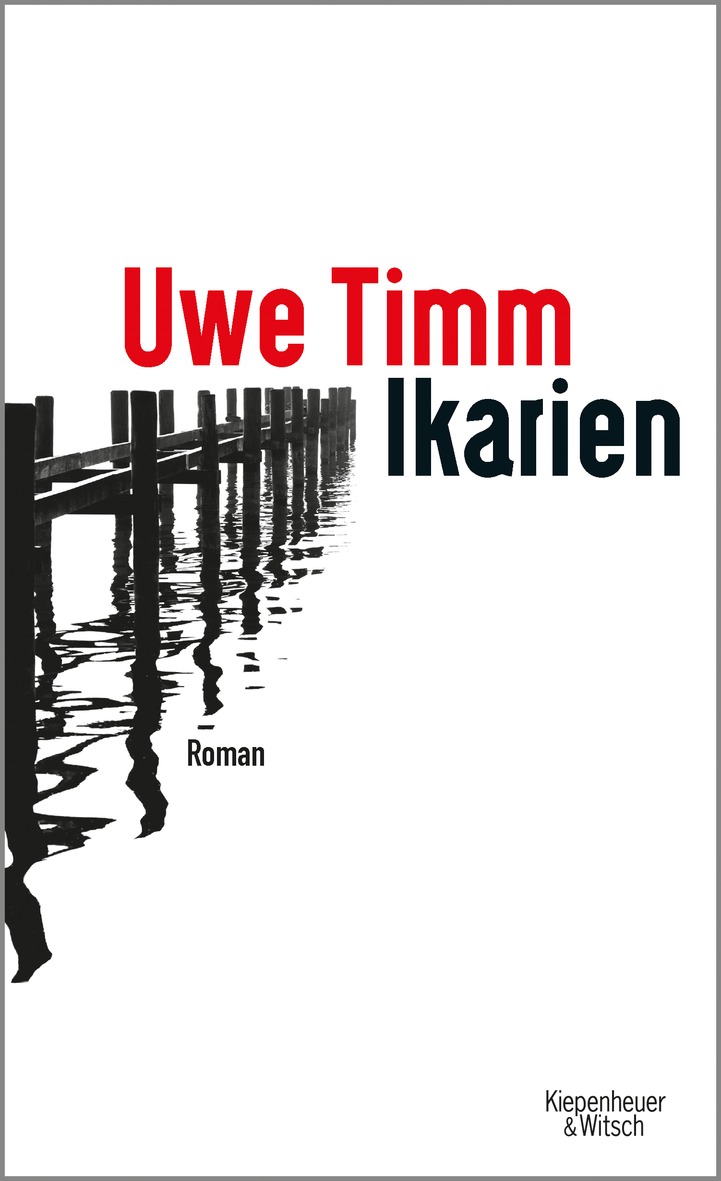 Icaria is set in April 1945 as twenty-five-year-old US army officer Michael Hansen returns to Germany, the country of his birth. His mission is to uncover the role played by a prominent scientist during the Nazi regime.

Tasked by the Psychological Warfare Division of the US Army to find out everything he can about the eugenicist Professor Alfred Ploetz’s life, Hansen travels to a second-hand bookshop in Munich to meet Ploetz’s old friend and intellectual sparring partner, Alfred Wagner. Hansen interviews the eighty-one-year-old Wagner, who details the development of Ploetz’s ideals and politics from youth to adulthood within a circle of like-minded friends.Wagner and Ploetz were involved in the founding of various political and scientific groups and made ambitious, idealistic plans for socialist communities. Their views began to diverge after a visit to Icaria, a historical utopian community founded in the US in the late 1800s. They remained on good terms with one another, but Ploetz’s theory of racial hygiene drove him closer to the Nazi party while Wagner’s politics forced him into hiding for two years and then detention in a labour camp.

Icaria is a fascinating, immersive historical novel that blends fictional characters with historical figures. While the bulk of the novel takes place in Germany in 1945, its narrative span reaches back as far as the late nineteenth century. The story alternates between diary-like entries, third-person accounts of Hansen’s observations and experiences of life and work, and a full transcript of Hansen’s interview with Wagner. Hansen bears witness to an occupied Germany in ruins and ruminates on his encounters with Germans and American soldiers and officers. These include George, a soldier with whom Hansen lives in a house seized by the military; first lieutenant Sarah, his friend and occasional lover; a group of young men working to rebuild a university building; Molly, the woman he falls for; and Catherine, the woman he left behind. Hansen also makes a trip to the devastated ruins of Hamburg to visit the place where his family home once stood.

Uwe Timm is a major literary talent whose semi-autobiographical novel In My Brother’s Shadow: A Life and Death in the SS, chronicling his own experiences of living through Germany’s darkest hour, was very well received in the UK. Icaria is a profoundly moving and thoughtful story which offers an alternative perspective on Germany in the immediate aftermath of the Second World War and speaks to the enduring interest of English-language readers in this topic.

Uwe Timm was born in 1940 and has worked as a freelance writer since 1971. He has published more than twenty-five books for both adults and children. Timm’s adult works have been published by Kiepenheuer & Witsch. He won the Premio Napoli and the Premio Mondello in 2006, the Heinrich Böll Prize in 2009, and the Carl Zuckmayer Medal in 2012. In 2013 he was awarded the Cultural Prize of the City of Munich. His books have been translated into more than thirty languages. Am Beispiel meines Bruders (In My Brother’s Shadow) has been translated into over twenty languages since 2003.