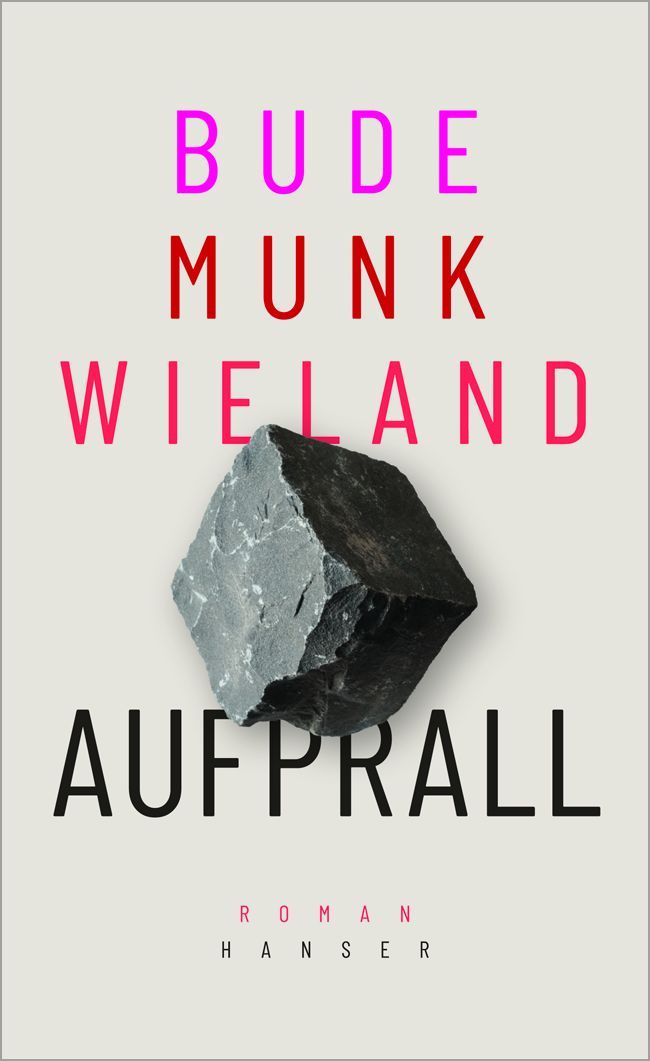 The authors of Impact take us on a hedonistic journey into the unique milieu of 1980s Berlin – a divided city in the midst of cultural upheaval.

The novel follows the lives of a group of young anarchists who occupy various buildings around Kreuzberg during the 1980s, aiming to live lives free of governmental control, bureaucracy, and rules. Its protagonists are Luise and Thomas, two squatters who are studying at university. Frequent shifts in the narrative perspective afford the reader dynamic insights into the unfolding events.

From a car crash on the way back from Prague that leaves the young West Germans at the mercy of the Soviet authorities, to anti-Reagan mass protests in Schöneberg, these youthful rebels challenge and are constantly challenged, trying to find out whether their idealistic and anti-authoritarian goals are actually feasible in then-contemporary Germany. They deal with Neo-Nazis attacking their house and random police searches resulting in their eviction, before coming together with the Kreuzberg squatter community to see if they can reach agreeable terms with the authorities. The novel’s multi-voiced narrative is a real asset, offering the reader a comprehensive view of different aspects of life during this period: because there is no single narrator whose experience is considered the status quo, the multiplicity of voices allows for an in-depth look into the cacophonous variety of life in ’80s Berlin.

The novel skilfully illustrates the intersection of the new punk presence with the post-war devastation in Berlin, both through its descriptions of the architecture of the Kreuzberg neighbourhood and in the contrasting attitudes of the different generations. It portrays the disillusionment of the older generation upon finding themselves in a new society that no longer accepts previous ways of thinking and being, highlighting their feelings of loss and betrayal in this ‘new world’. The squatters themselves are strongly drawn to the war-ravaged neighbourhood with its damaged buildings. They revel in its dilapidation and harshness, its misery perpetuated by cycles of addiction, violence, and poverty, all of which are strongly and convincingly evoked in the novel’s hard-hitting prose. The intersection of the old and new is powerfully presented as being both at odds with each other and – at least for the younger, rebellious generation –bizarrely productive.

Told from different perspectives in multicultural Berlin, Impact pulses with energy as it captures the endlessly fascinating experiences of a unique moment in twentieth-century European history. The book offers any reader with an interest in contemporary history and politics an exclusive insight into the time that knew no compromise.

Heinz Bude was born in 1954 and studied sociology, philosophy and psychology. He lives in Berlin, and has taught macrosociology at the University of Kassel since 2000. His most recent publication (Hanser) was Solidarität (‘Solidarity’) (2019).

Bettina Munk was born in 1960 and studied art in Berlin and London. After living in New York for many years, she returned to Berlin in 2001 and has since taught at various universities. She has exhibited in Europe and the USA, most recently with Das bewegte Bild – Das Bild bewegt (‘The moving image – the image that moves you’) (Vienna, 2018) and Fiction Or Not (Berlin, 2016).

Karin Wieland was born in 1958 and studied political science at the Freie Universität Berlin. She lives and writes in Berlin, and her latest publication (Hanser) is Das Geschlecht der Seele (‘The Gender of the Soul’) (2017).