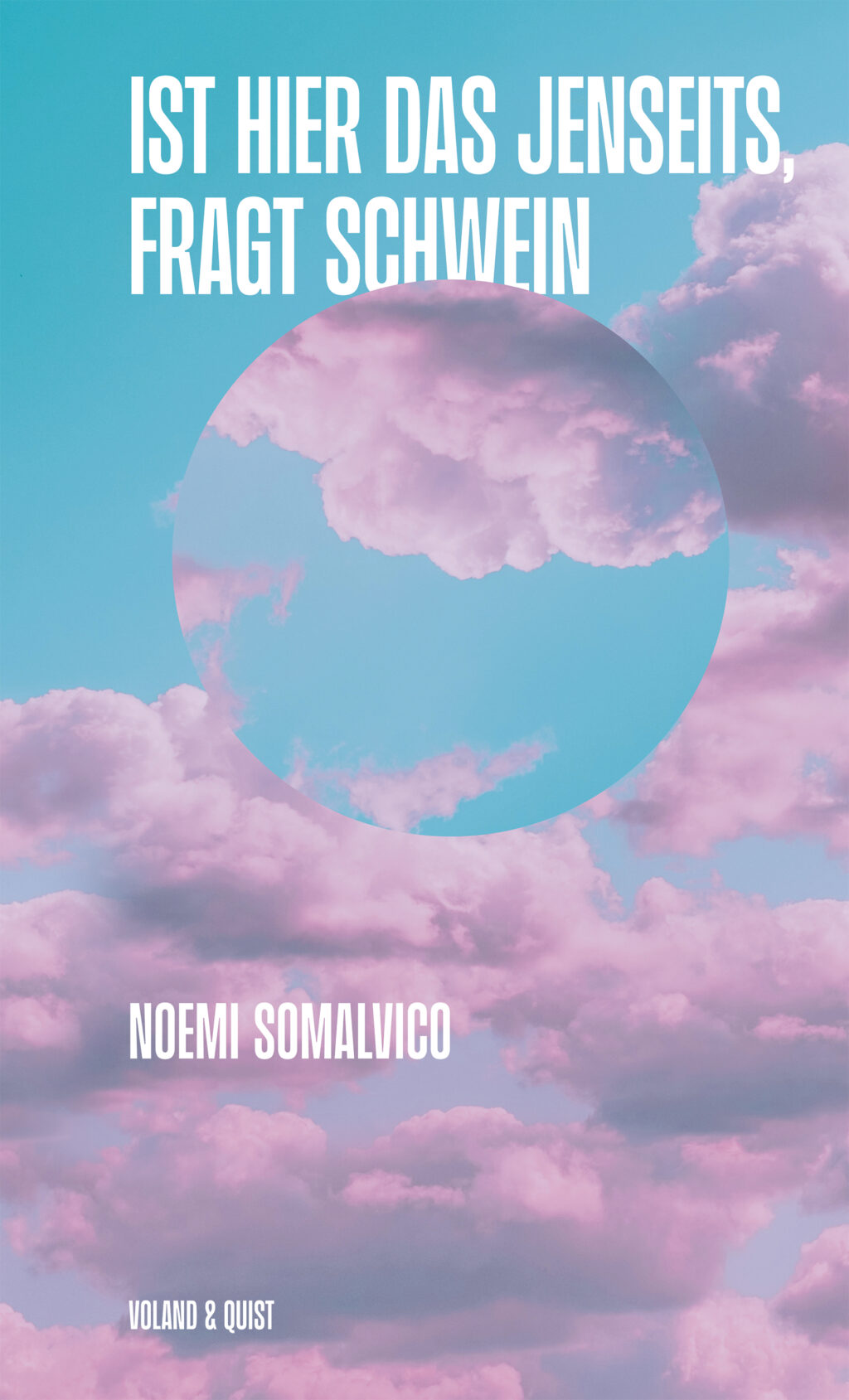 Noemi Somalvico’s striking debut Is this the Other Side, Asks Pig positions her as an author to watch. A whimsical and absurdist fable, the book adapts the conventions of A.A Milne’s Winnie the Pooh books – with talking animals, an episodic structure and stylised summaries for chapter titles – for an adult audience. The result is a sometimes funny and always wistful novel which will appeal to fans of Charlie Mackesy’s The Boy, The Mole, The Fox and The Horse and A.L. Kennedy’s The Little Snake.

The book follows the (mis)adventures of a group of talking animals: Pig, Beaver, Badger, Roe – and their new friend, God.

Badger has invented a machine that allows him to travel between worlds. Exploring with the machine, he encounters God – an apparently ordinary person who lives with his sister and has decided to go travelling. God invites Badger to stay at his house, and they chat.

The next day, Badger briefly goes back to Earth, returning with Pig, who has always been afraid of being observed by an all-seeing God. Pig peppers God with questions. (‘Did you invent death? … Who is your mother?’)

God tries to pay a visit to Earth with Badger and Pig, but this proves to be impossible. Returning home, he finds a fish blocking his hallway and puts it in the bath. Concerned for its welfare, he talks to it, plays it nature sounds on the radio and tries to lull it to sleep.

The next day it dies, and all three decide to try and visit it on the Other Side.

The Other Side turns out to be an uninhabited desert. Badger’s device stops working. The friends stumble across a beach and a hotel. They don’t find the fish – but the hotel is full of pictures it painted.

At the hotel, God is dying. He needs to be returned to his world. They risk using Badger’s broken machine, and successfully return to God’s basement. God Other Side. Pig goes swimming.

This is a strange and memorable book which breaks with conventions of structure, making effective use of non-sequiturs to create an enigmatic sense of mystery. It is a refreshing, surreal and tender read.

Noemi Somalvico, born in 1994 in Solothurn, studied literary writing in Biel and contemporary arts practice in Bern and in between had a wide range of occupations, working for the film industry, in schools and on reception desks. Her stories and poems have been published in magazines and anthologies, performed in theatres and read on the radio. Is this the Other Side, Asks Pig is Somalvico‘s first novel.