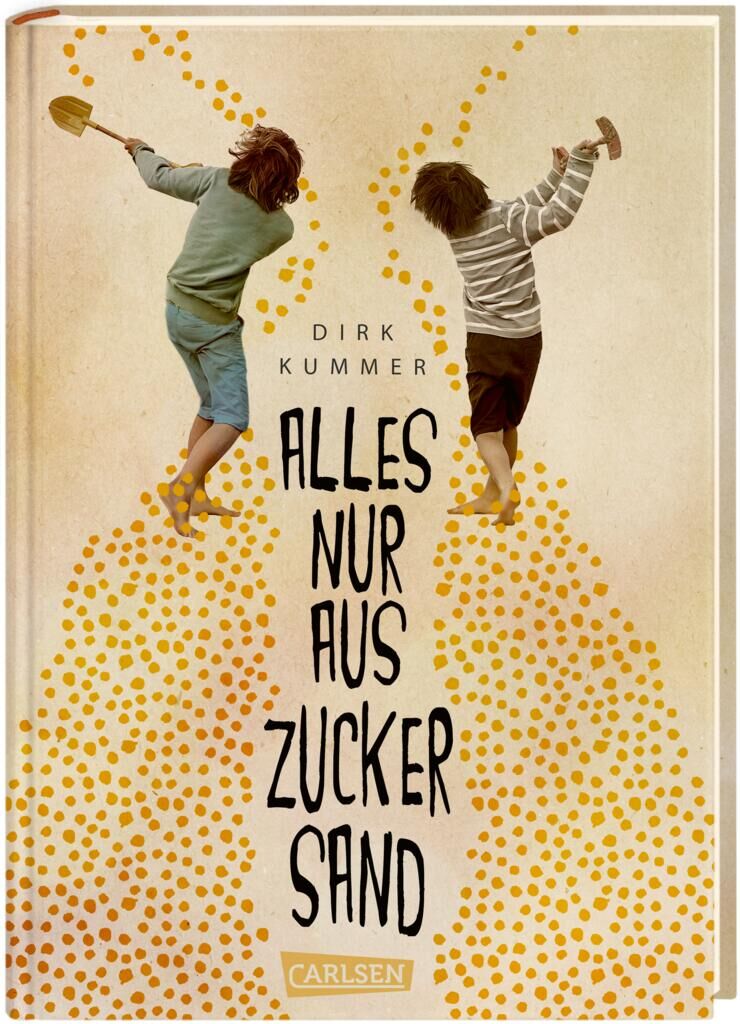 It’s All Built on Sand is the prize-winning story of how a life-long friendship between two boys is challenged by the brutal reality of life in Communist East Germany.

Fred and Jonas have been best friends since kindergarten, but in 1979, when they are ten, Jonas has to leave the country with his mother, leaving Fred behind to deal with this blow to his happiness. The story reveals truths and fears intrinsic to life in the GDR through meticulous descriptions of the boys’ daily lives. Set in a period of aggressively implemented geo-political division, and investigating the personal cost of this division to those who bear no responsibility for it, this book is highly relevant to the contemporary political context.

The story is set during the scorching hot, blue-sky summer of 1979. Ten-year-old Fred is living with his parents and sister in Falkensee, just outside West Berlin. They share their house with its original owner, Herr Marek, who is an elderly, open-minded man, well-read and interested in life beyond the GDR. Herr Marek functions as a de facto grandfather to Fred, and is always on hand to offer advice and help. Fred’s family, while kind and loving, are Party members, whereas Jonas has an openly Christian mother and a father who died in prison. When Jonas’ mother submits a formal request to leave the country, Jonas becomes a dangerous friend for Fred. Shunned at school, with his mother newly unemployed, and Fred ordered to break off their friendship, Jonas’ situation disrupts the boys’ lives and reveals the fear and control that underpins all aspects of life in the GDR.

Fred and Jonas come up with a plan to avoid being separated and start digging an escape tunnel to Australia through the ‘sugar sand’ in a deserted tile factory. They are only three metres into their tunnel when Jonas gets the call to go. Overnight he is wiped from the school roll as though he had never existed. Fred writes to him, but his letter is read by the school authorities, deemed inappropriate and returned. Jonas seems irreparably gone, but creative disobedience saves the day. Pensioners’ post is not subject to the same scrutiny and a letter seemingly addressed to the wonderful Herr Marek finds its way to Fred. Friendship, loyalty and creativity have won out.

It’s All Built on Sand provides a clear and uncluttered window onto an enduringly fascinating time and place. The universally familiar vehicle of an intense childhood friendship ensures this story is powerfully relatable.

Dirk Kummer was born in 1966, and spent his childhood years in Falkensee and East Berlin. He is well known as a director and screenwriter. His film Zuckersand was awarded the Grimme Prize 2018. He lives in Brandenburg.