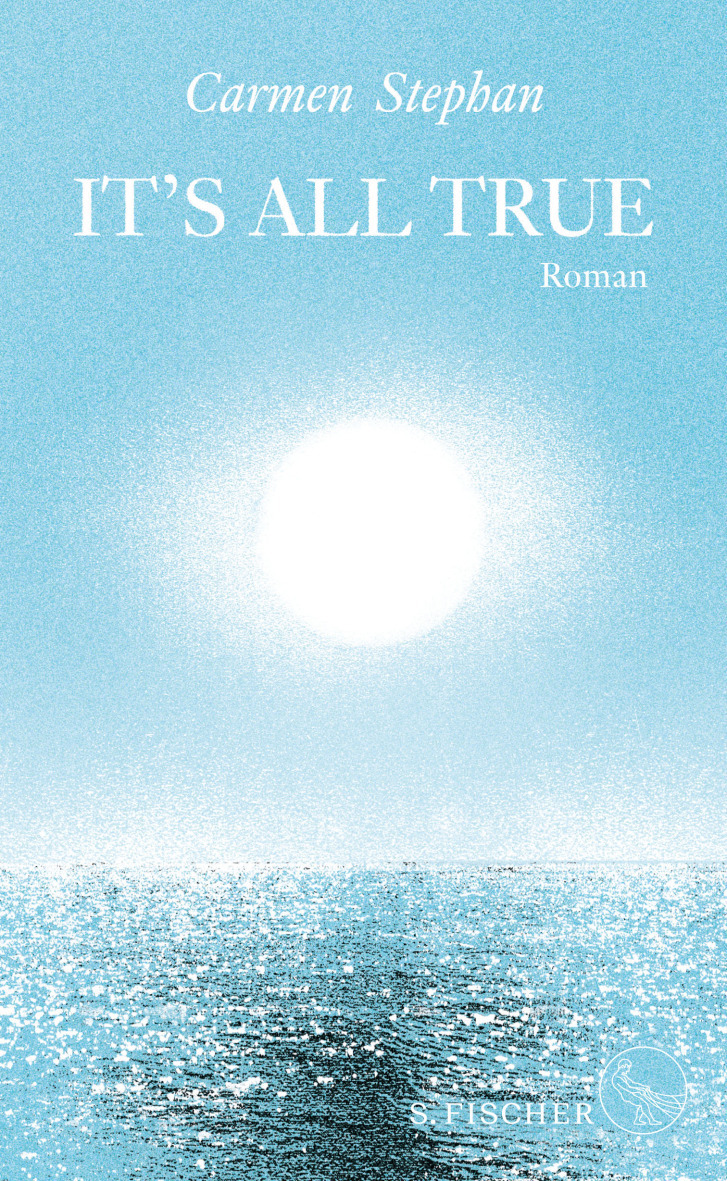 Guided by stars, four men set sail from north-east Brazil to see their president. Sixty-one days later they arrive as heroes. Orson Welles plans a film about their journey, but one of the four is swept overboard during filming and disappears. It’s All True is an understated but complex novella based on real-life events, taking its title from Orson Welles’ unfinished film.

Carmen Stephan’s novella is a beautiful, pensive book with shades of the Old Man and the Sea. The precise yet dream-like writing explores familiar ideas about truth and fiction in a striking and memorable way. The novella begins from the perspective of the author, explaining how she came to hear of the story, and proceeds with the encounter between two very different men: the fisherman Jacaré and the director Orson Welles. Jacaré heads the group of impoverished fishermen as they set sail for Rio de Janeiro on a raft known as a jangada. They are protesting against exploitation: the fishermen are forced to hand over half of every catch to the jangada owners, which leaves them near starvation. Their improbable plan – hatched by Jacaré after a brutal robbery – is to meet the Brazilian president and ask for help. Meanwhile Orson Welles is becoming famous for Citizen Kane.

Eventually, after two arduous months, the fishermen make land and are received as national heroes. They are brought to the president, who agrees to help them. In 1942 they meet Orson Welles, who is so impressed by Jacaré that he decides to make a film of their story, entitled ‘It’s All True’. Filming begins, but Jacaré is killed on set when a wave sweeps him out to sea. Welles, distraught, finishes the segment in tribute to Jacaré; but the studio cancels the project. For years afterwards, the director sends money to Jacaré’s widow and nine children. Stephan closes the novella by describing what happened to each of the main characters, documentary-style.

Clearly influenced by magic realism and with a pleasing sense of mystery, the novella is full of vivid turns of phrase and striking similes. It’s All True is a philosophical, reflective book, which delights in small descriptive details. The tone is calm, wistful and uncynical – reminiscent of Peter Stamm’s writing – and the narrative’s open, ingenuous style makes for a delightfully heady reading experience.

Carmen Stephan was born in 1974 and now lives in Geneva. She spent several years in Rio de Janeiro and her collection Brasilia Stories was published in 2005. Stephan’s debut novel Mal Aria received the Literature Prize of the Jürgen Ponto Foundation 2012 and was awarded the Buddenbrookhaus Debut Prize in 2013.