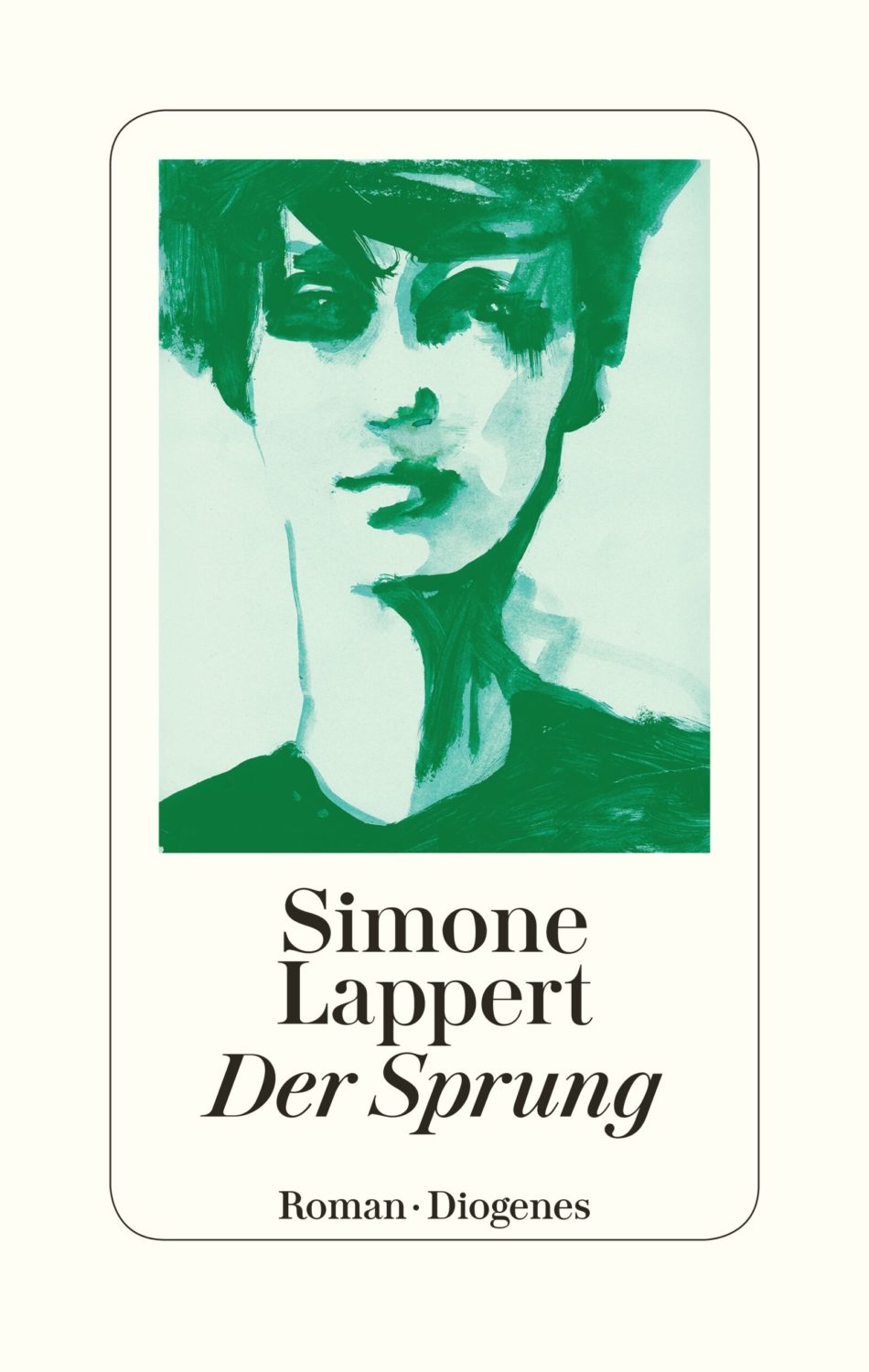 Jump is a compelling examination of the contradictions, beauty and banality of modern life, explored through the perspectives of ten different characters in their responses to Manu, a woman standing on a roof and apparently threatening to jump.

Jump raises important questions about our place in the world, where we are going and what we value in the wider context of consumerism and ecological breakdown. Simone Lappert’s writing has a stylishly cinematic quality, both in the way it cuts between characters’ perspectives and in its graphic depiction of Manu’s sensations as she falls. Jump evokes films such as Magnolia or Donnie Darko, in which a web of different plotlines is woven around one central event.

The novel is told by a group of characters who are all regulars at a local café. These include Felix, the police officer who attends Manu on the roof; Finn, Manu’s boyfriend; Egon, a vegetarian hatmaker who becomes a slaughterhouse worker after his hat shop closes and is replaced by a mobile phone accessories shop; Maren, a seamstress in an unhappy relationship with Hannes; and Astrid, Manu’s sister who is running for mayor and is having an affair with Hannes. As the narrative progresses, it divulges how the characters’ lives are interconnected and the ways in which their lives are utterly changed by Manu’s jump. We also discover that Manu is not suicidal but that she was accidentally locked out on the balcony by Hannes. The novel concludes with the revelation that Manu’s jump was not motivated by a desire for death, but by a desire for life.

The dramatic description of Manu’s jump is highly effective, conveying the tumult of physical sensations in her body: how it seems to fizz, as if full of carbon dioxide; how the first thing she smells is plastic; how the plastic feels under her fingertips; the sensation of the light against her eyelids and eyelashes. She clenches her hands into fists, as the people below do when they see her fall. As the arms of her ‘rescuers’ reach out to her, she reflects on how they have understood nothing, how every time she has stood looking down from a balcony or a bridge, she has wanted to jump into life, not death.

Jump stands out for its richly evocative writing, its gentle, sensuous style and its unusually gripping storyline.

Simone Lappert was born in Aarau, Switzerland, in 1985, and studied at the Swiss Literature Institute in Biel. Her debut novel Wurfschatten (‘Shadow Casters’) was published in 2014, and made it onto the shortlist for the Aspekte Prize for Literature. She is a recipient of the Wartholz Prize for best newcomer and is president of the Basel International Poetry Festival and the Swiss curator for the Babelsprech International poetry project. She lives and works in Basel and Zurich.