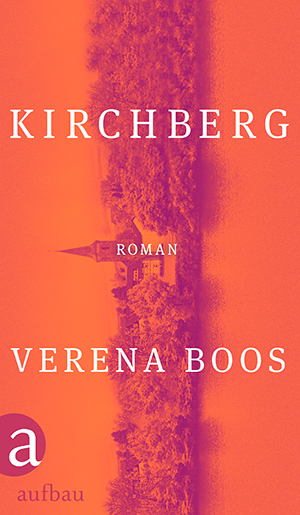 Kirchberg is a deeply human story and will resonate with readers across the world. The novel chronicles the damaged life of protagonist Hanna, who is emotionally scarred by repeated rejection and physically impaired by a stroke. Verena Boos’s empathetic prose conjures an atmosphere of melancholy that transfixes her readers, invoking a relentless  suffering comparable to that in Hanya Yanagihara’s A Little Life.

The novel opens with Hanna’s return to the German village of her childhood and the home she shared with her grandparents. Hanna suffered a massive stroke after her grandmother’s death not long ago, leaving her weak and partially paralysed on one side of her body. It has also affected her memory and her speech, including her capacity to find the right words. The devastation of losing her language is especially cruel since Hanna’s career is in academic writing and literature.

The plot swirls seamlessly through different times in Hanna’s life as we learn that the stroke is not the first tragedy to befall her. She was raised by her grandparents because her mother abandoned her immediately after her birth, and she has never known her father. Despite this early rejection, Hanna grows up happily in the village with close friends Patrizio and Sabrina nearby, and goes off to the UK, the US and Berlin to embark on her career. She falls madly in love with Leo, a married man who breaks her heart over and over again. We eventually realise that Hanna has returned home to die, having been diagnosed with a fatal brain tumour; the stroke has only hastened her death.

Kirchberg is a striking novel: simultaneously soft and harsh, its mesmerisingly understated prose is precise, beautiful and haunting – an absolute joy to read in spite of the difficult subject matter. The reader keenly wishes that Hanna would recover, but as the novel progresses, we must – as she must, too – accept that her body and her mind are moving along a trajectory from which there is no escape. We want her and Patrizio to fall madly and passionately in love, but she is too damaged from her unrequited love with Leo to be truly open to another relationship. We feel resentment and disappointment on Hanna’s behalf because we are so firmly on her side. The novel is full of disappointment, but the reader is transported beyond the harrowing subject matter by a novel so gripping, so relatable, and so impossible to put down.