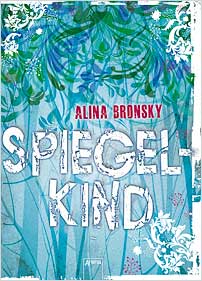 Critically acclaimed for their audacious style and fast-paced narratives, Bronsky’s first two novels have already found an enthusiastic young readership in both German and English. Mirror Child, the first in a new Young Adult trilogy, is the ambitious story of a teenager’s awakening to the adult world, her search for identity and her rebellion against a restrictive status quo.

Juli comes home from school to find her mother gone. When no one else is willing to help, Juli sets out to look for her. The order of Juli’s world, populated by ‘normal’ people and the ‘freaks’ who are kept safely at bay, is shattered when she discovers a despised third caste to which her mother belongs, the ‘phairies’ who have magical powers. With the help of a strange new girl, Juli also finds out that her mother is an artist. Her pictures are said to act as mirrors, revered by ‘freaks’ and feared by the ‘normal’, and they prove to be doors into a parallel world.

Bronsky’s deadpan narrative is perfectly counterpoised by the dark and increasingly fantastical world it describes. Juli finds her mother, but also discovers that her sister has most probably inherited her phairy abilities. Her mission is by no means over …

Alina Bronsky was born in 1978 and was a medical student, advertising copywriter and the editor of a daily newspaper until the day she sent a manuscript to three publishers and immediately sold her first book. That novel Scherbenpark (Broken Glass Park), was among the most acclaimed debut novels of 2008 and was nominated for various awards, including the German Juvenile Literature Award. Her second novel, Die schärfsten Gerichte der tatarischen Küche (The Hottest Dishes of the Tartar Cuisine), was longlisted for the German Book Award. Rights to Bronsky’s novels have been sold to more than ten countries and published in countries such as the U.S. and Italy.