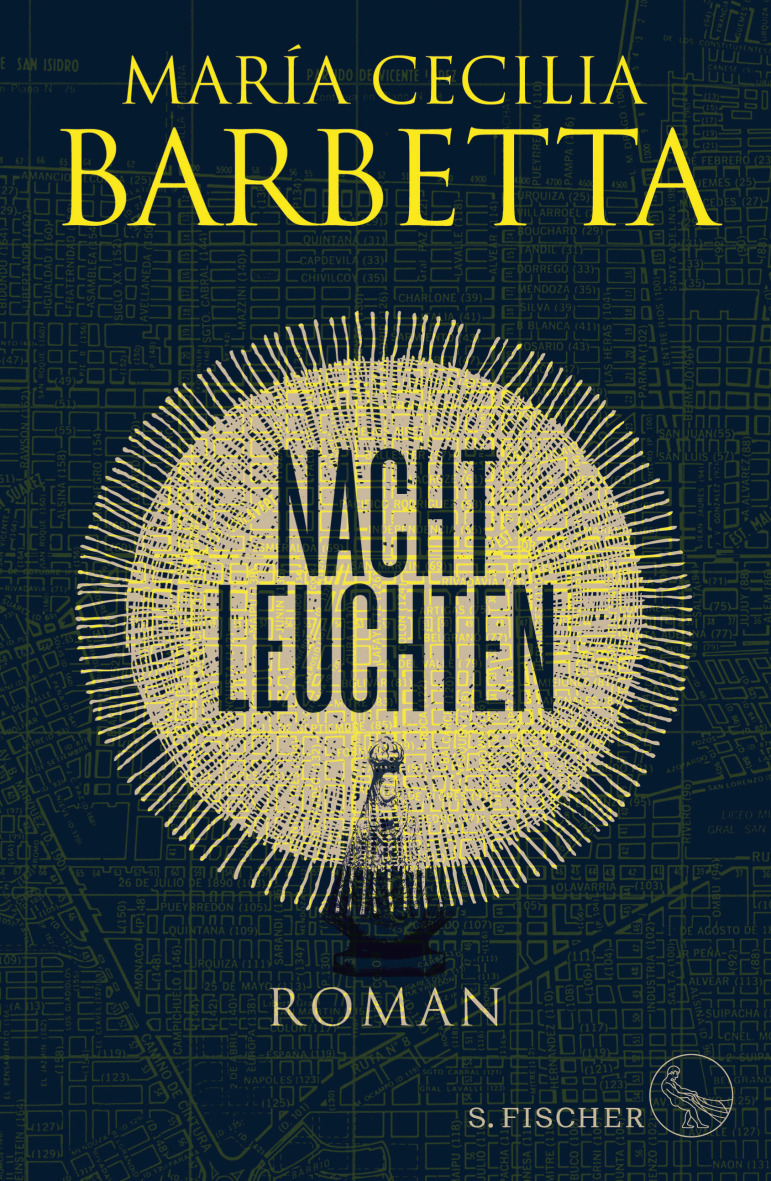 Nightglowing conjures the heated atmosphere of Argentina in 1974, when Juan Perón died. This vibrant and daring novel convincingly evokes a specific place and time, exposing its complexities and unresolved mysteries, and the hopes and fears of lived experience.

Twelve-year-old Teresa is more concerned about the impending birth of her brother and her ambitions to become a saint than the oppressive political situation in her country. A young nun at her convent school inspires her to set out on a holy mission: to take the Church to the people of Buenos Aires by entrusting a plastic Madonna to someone in her neighbourhood each week. She chooses the father of her richest classmate as the first beneficiary of the Madonna’s protection, finding a saintly reason to satisfy her curiosity about their glamorous home. Conveniently, her commitment to sharing the protection of the Virgin Mary allows her to introduce herself wherever she likes. Meanwhile another Mary – the young nun Maria – is on a different evangelical and political mission in the city, fuelled by the memory of her leftwing activist sister. The narrative circles around Teresa, Maria, Teresa’s family and the convent school, moving through the neighbourhood of Ballester as it lights upon new stories and characters.

Following Perón’s death, the focus of the action shifts to a car repair business owned by Teresa’s grandfather, ‘Autopia’. Congregating here are men of an older generation who have lived through different phases of Perónism, a couple of unwelcome policemen on the hunt for an arrest, and the editor of the local paper – soon forced to close. In the final pages, the dead begin to talk, Teresa’s plastic Madonna goes missing, and the two policemen find their victim. These stories flash before the eyes of the Madonna as the plastic icon falls from a shelf and shatters on the floor: another bloody phase of Argentina’s history is about to begin.

The many characters and viewpoints in Nightglowing intertwine to evoke the tense atmosphere, the city’s countless dramas, and the uncontainable nature of human existence. Barbetta uses vivid, often humorous, and startling imagery, drawing on the power and pleasure of words to tell her story. Even the typography comes alive to represent volume, disembodied voices, censored words and thoughts, creating an impact which is both visual and emotional. This is a highly original novel bursting with memorable perspectives, allusions, dialogues and imagery

María Cecilia Barbetta was born in Buenos Aires, Argentina, in 1972 and grew up in Ballester, the district where Nachtleuchten takes place. She studied German as a foreign language and received a DAAD stipend in 1996 to come to Berlin, where she has remained ever since. Her first novel, Änderungsschneiderei Los Milagros, appeared in 2008 and received numerous awards. In 2017, she was awarded the Alfred Döblin Prize for the manuscript of Nachtleuchten.