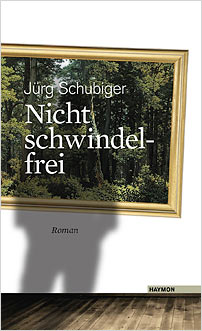 Off-Balance is a sensitive, human, and touchingly funny account of dementia; a subject that is becoming ever more topical in our ageing society.

Paul is a journalist living with his wife Marion and teenage son Tom. Paul’s memory is failing; it could be the early stages of dementia, but the exact reasons are left unexplained.

He is aware of his condition, to the extent that he deliberately acts ‘normal’ so as not to upset his concerned wife. Paul’s perception of the world around him is like that of a child; he is in awe of everyday objects, and questions everything he sees, even language itself – dissecting it, unmasking its absurdity.

Paul goes on long walks through the city and the countryside, open-eyed and fascinated, but always slightly anxious. The local museum is his ‘safe place’ where he feels most at home, and he visits it daily. Eventually he is offered a job there as a room attendant, and he immerses himself in the old paintings, becoming a character in the stories they tell. To him, these imagined stories are a part of his ‘memory’ – on the same level as remembering a person’s birthday, or how to buy a train ticket. In this way, Schubiger cleverly questions and subverts the whole concept of memory and, perhaps, of sanity itself.

Jürg Schubiger was born in 1936 and lives in Zurich. He studied German, psychology, and philosophy and worked at his family’s educational publishing house, and later as a psychologist. His books for children and adults have received numerous awards, including the Hans-Christian-Andersen-Preis. Haymon published his novels Haller und Helen (2002, awarded with the ZKBSchillerpreis) and Die kleine Liebe (2008, awarded with the Zolliker Kulturpreis).

Haymon Verlag was established in 1982, and is named after the ‘Giant Haymon’ who, according to legend, founded the Stift Wilten monastery near Innsbruck in the eighth century. The monastery was one of the first cultural centres in the region that later became known as the Tyrol. Since 1988, Haymon has primarily published Germanlanguage and international literature, and has been a subsidiary company of the Studienverlag since 2004.