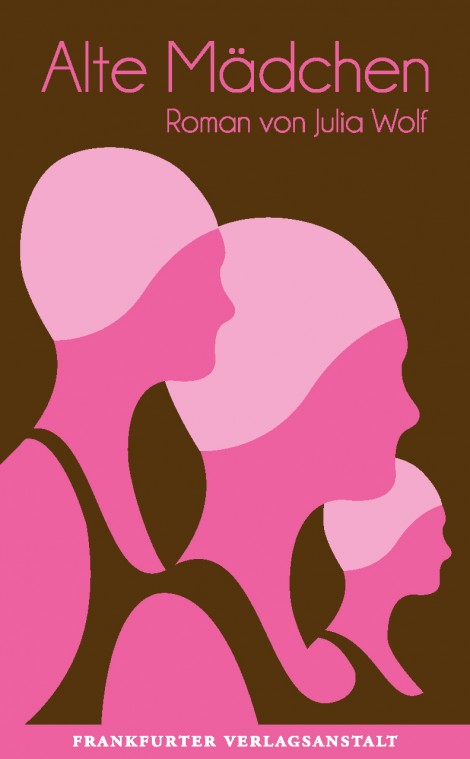 A panorama of post-WWII West Germany through the lens of three separate groups of close female friends. Julia Wolf, whose novel Walter Nowak Won’t Get Up was nominated for the German Book Prize, provides a moving account of the trials and tribulations of family structures and a fresh take on friendship across three generations.

The three sections of Old Girls present related stories without sharing characters or familial connections. The first part is predominantly set in a present-day retirement home and focusses on three old friends – Anni, Hannelore and Elsa – who are aged around ninety. Their lively banter is reminiscent of the Golden Girls television series, and interspersed with memories of a seemingly innocent youth in the 1930s, and the long-repressed trauma of fleeing East Prussia.

The second section centres on Gudrun and Gerlinde, sisters in their sixties who are trying to come to terms with their mother’s death during a road trip to the Polish home of Ola, her long-term carer, close friend and confidante. Mostly told though voice messages from an aunt to a younger woman who has cut ties with the family and now works for an NGO in Cambodia, this middle narrative focuses on intergenerational conflict and the inability to live up to expectations.

The final part of the narrative is set in the present and focuses on a group of close friends: Jenny, Thao and Udine. Wolf’s depiction of these old friends approaching forty and struggling with challenges while living in the big city is unsparing and hilarious, and yet leaves room for hope. Another, younger, generation is represented by an absent friend’s eight-year-old and Jenny’s unborn baby. The narrative reaches a cathartic and affecting climax when Jenny’s waters break as they are attending a pro-refugee demonstration in Berlin.

As with her first two novels, Julia Wolf’s Old Girls resists easy categorisation and refuses to jump on any contemporary literary bandwagons. Its mixture of different literary modes is accessible, inventive and often amusing. Wolf has a knack for hitting all the right generational notes while developing distinct characters and friendships. Old Girls allows three generations of women to have their say and creates a female panorama of the Federal Republic, the likes of which have not yet been seen in contemporary German-language literature.

Old Girls offers a moving panorama of post-war West Germany told through a series of friendships and deep connections that go beyond simple family ties. The novel’s three sections are distinct, yet contain variations on themes of trauma and migration, care and physical burdens, as well as the joys of youth and growing old together.

Julia Wolf, born in Groß-Gerau in 1980, lives in Berlin and Leipzig. She received the Brandenburg Lotto GmbH Art Prize for Literature for her debut novel “Alles ist jetzt” (FVA 2015). At the 2016 Ingeborg Bachmann Prize, she read an excerpt from her novel “Walter Nowak bleibt liegen” (FVA 2017), for which she was awarded the prestigious 3sat Prize and the Nicolas Born Debut Prize. “Walter Nowak bleibt liegen” was nominated for the German Book Prize in 2017. Julia Wolf was awarded the Robert Gernhardt Prize 2018 for “Alte Mädchen”.