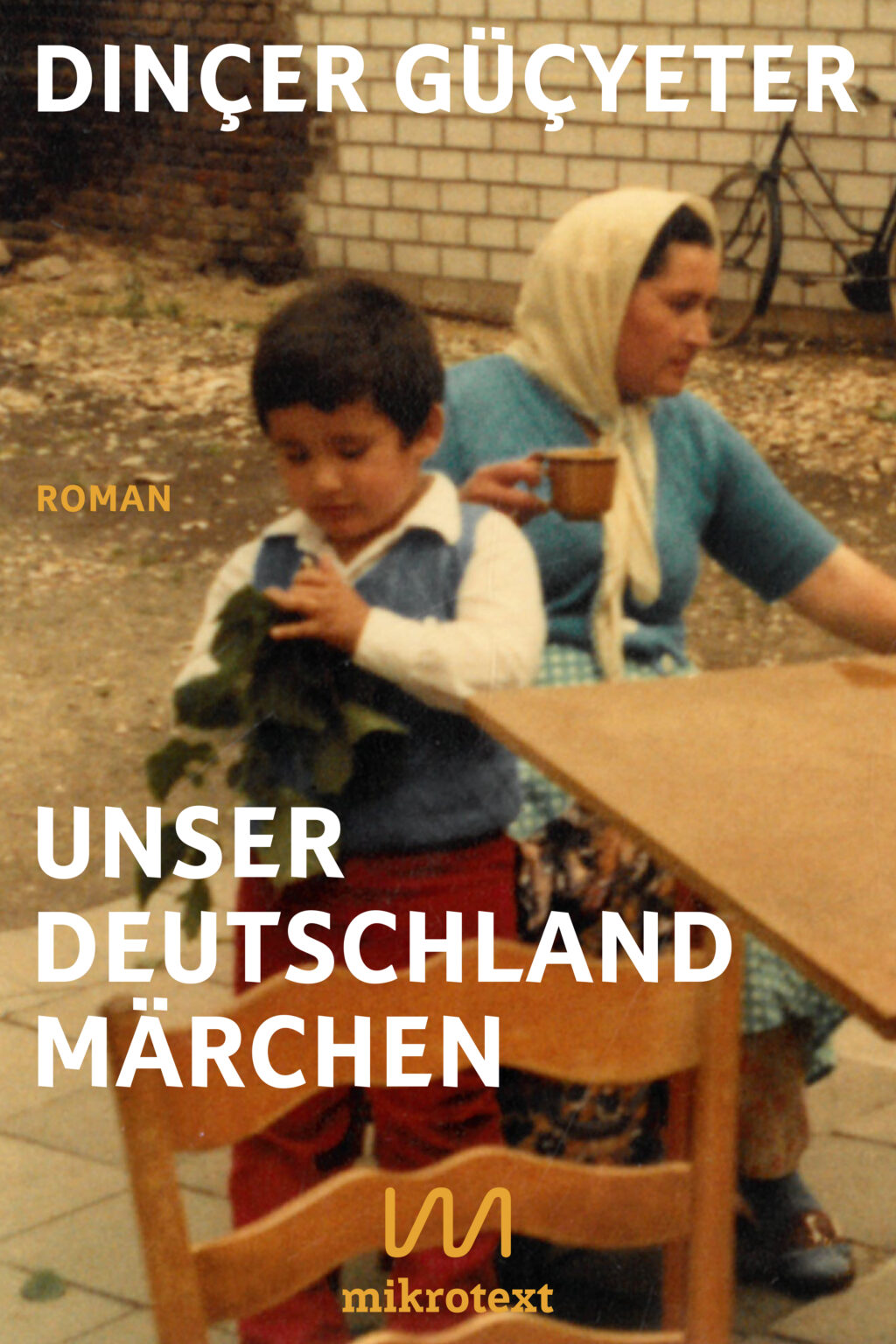 Dinçer Güçyeter works part-time as a forklift truck driver, has published two volumes of poetry and won the 2022 Peter-Huchel-Preis. Fairytales of Our Germany is his first novel: a candid and convincing family saga told in the voices of three generations from the early twentieth-century to the present, set in Turkey and Germany.

The story is told by three characters: Dinçer, his mother Fatma and his grandmother Hanife. It begins in Anatolia, with a stark example of the status of women at that time: it is the duty of every man to provide a homeless woman with shelter. A cartload of women whose husbands have been killed in the war is deposited in the village square. That same night Hanife is conceived by her mother Ayşe, a refugee from Greece, and the man who takes her in, Ömer Bey.

Ömer’s other wives treat Ayşe like a slave, and when Hanife marries she receives similar treatment from own husband, Osman. When Osman is killed, Hanife escapes to the city with her three children. A suitor, Yilmaz, asks to marry Fatma: reluctantly, Hanife agrees and Fatma travels with Yilmaz to Germany. She works in a factory making carburettors for Mercedes. Yilmaz runs a bar, which turns into a kind of clubhouse for his friends. However, it loses money, and Hanife takes on extra work in an attempt to pay Yilmaz’s debts.

After thirteen years of marriage, Dinçer is born. Fatma adores him, but their financial circumstances become more extreme. Even though he is a child, Dinçer tries to earn money to help. Eventually Fatma is injured in an industrial accident and has to give up work in the factory.

As Dinçer approaches adulthood he knows he cannot do the kind of work his mother would approve of: he is a writer. He spends all his free time reading, and feels like an outsider everywhere. In Germany, he is aware of how Turkish he is, and in Turkey he feels very German. His intense love for a mother who worked herself into the ground for his sake is tempered by a desire to grow beyond this kind of life.

The book is a collage of short chapters with different first-person narrators and a variety of ‘songs’ written in prose in the third person, poems, and black and white photos. The photos in particular give a strong sense that these are real people, and the writing itself is direct, lucid and affecting.  Though explicitly described as a novel, the book feels very personal and true to life. An intriguing portrayal of under-represented life experiences and a powerful evocation of the intense and complex love between Dinçer and his mother. 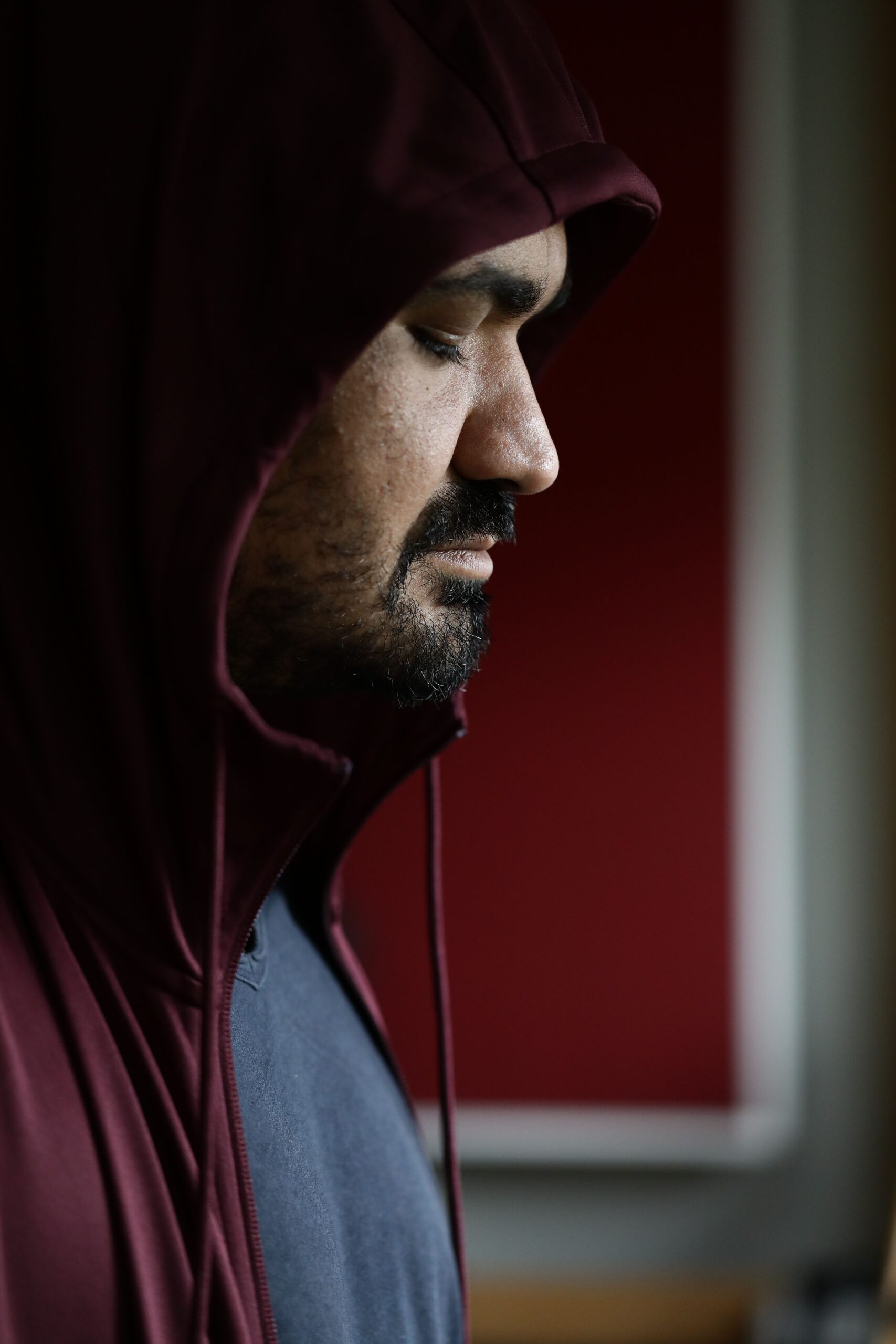 Dinçer Güçyeter was born in 1979 in Nettetal and is a German theatre maker, poet, editor and publisher. Güçyeter grew up as the son of a publican and an office worker, and gained his secondary school certificate at evening classes. From 1996 to 2000 he trained as a tool mechanic, and subsequently worked as a restaurateur. In 2012, he founded the ELIF Verlag publishing house, which focuses on poetry.

Güçyeter continues to fund his publishing venture by working part-time as a forklift driver.

Aus Glut geschnitzt was published in 2017 and Mein Prinz, ich bin das Ghetto in 2021. In 2022, Güçyeter was awarded the Peter Huchel Prize. He has two children and lives in Nettetal.