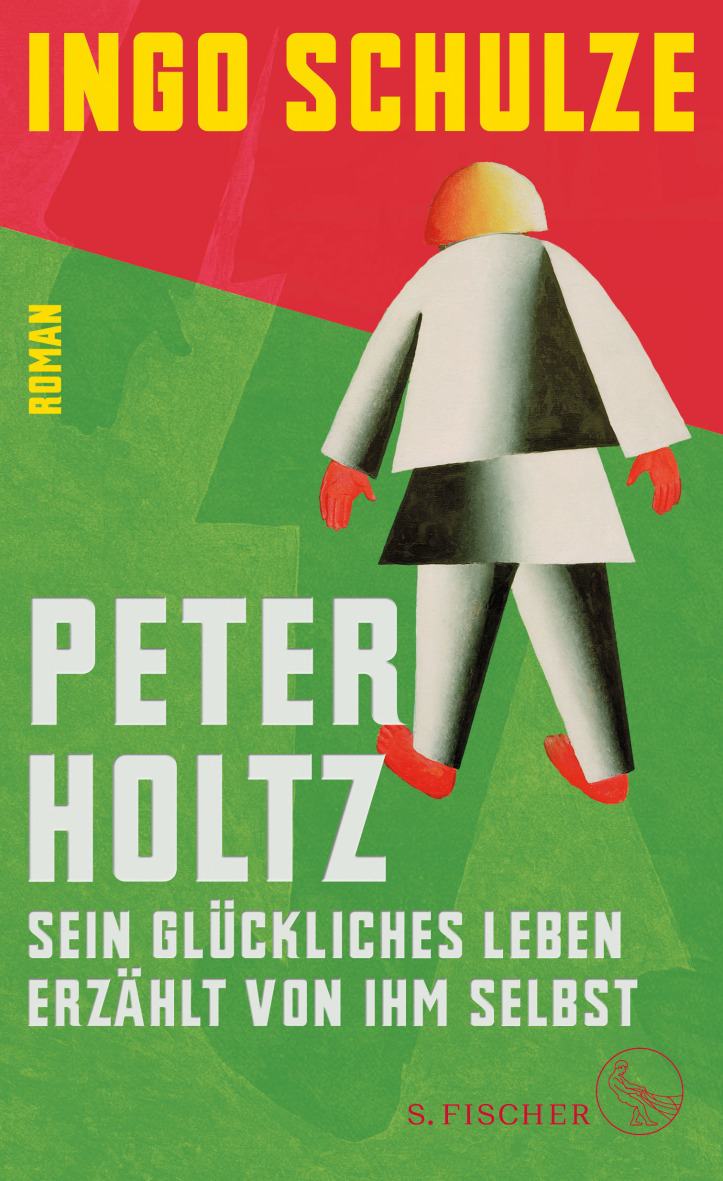 In this hilarious, smart satire we follow the unlikely path of Peter Holtz: born in East Germany and a committed communist throughout his youth, he ends up becoming a multi-millionaire. Peter Holtz is a masterpiece in the picaresque mode which confirms Ingo Schulze’s place in the canon of world literature.

Peter Holtz tells his own life story. As a man of little education who has trouble with reading and writing, the narrative is often close to oral speech, with a correspondingly pacey rhythm and flow. In 1974 Peter is a twelve-year-old orphan with a big heart, growing up in a children’s home in East Germany. The head of the home, communist and Holocaust survivor Paul Löschau, leaves following an illness, and Peter embarks on a road trip to bring him back. His trip is unsuccessful: Löschau is nowhere to be found and instead Peter is adopted by a family in Berlin.

When an old neighbour gives Peter all her property, it is almost worthless under the communist system and just seems to generate a lot of maintenance work. But when the Wall comes down and the system crashes, Peter’s real estate in a prime Berlin location becomes immensely valuable. Peter initially wants to give the apartments to the tenants, but is subsequently convinced that keeping them himself will be in everybody’s best interests. He gives empty apartments to a prostitute to run a brothel for free and provides accommodation for African refugees. Later, when his biological mother turns up and gives him a large sum of money, he passes it on to some Ukrainians who need cash. His step-sister Olga opens a very successful gallery in one of Peter’s buildings.

As the novel progresses Peter accumulates more and more wealth: in addition to his valuable property portfolio, the Ukrainians have turned Peter’s investment into a million Deutschmarks, which are now his. In an experiment to try and understand the capitalist economy, Peter opens a gallery next-door to Olga and turns the prices of the art world upside down – in the process, he comes to be regarded as an artist himself. He burns millions of Deutschmarks in his gallery, which only increases his artistic success. Eventually he starts burning the money on the streets of Berlin and is admitted to a psychiatric ward, where he finally finds happiness.

Schulze revamps the classic picaresque novel with a modern satirical twist that makes it bitingly relevant for our times. As such, Peter Holtz very much stands out from the literary crowd.

Ingo Schulze is one of the most renowned authors of his generation. His debut 33 Moments of Happiness (1995) was enthusiastically received, with individual stories published in the New Yorker. Simple Stories (1998) was a spectacular success and found a place in university curricula. Schulze received the Leipzig Book Fair Prize for Handy (2007) and the Joseph Breitbach Prize for Neue Leben (2005). His works have been translated into more than thirty languages.