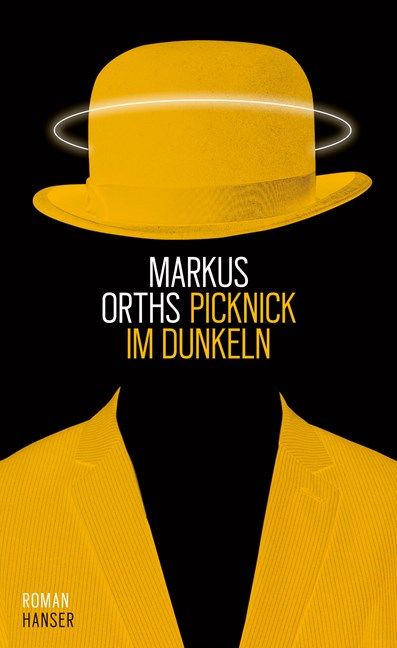 This book is like nothing you’ve ever read before, exploiting the comic potential of an encounter that is beyond most people’s wildest imaginings: between Stan Laurel and Thomas Aquinas.

Markus Orths’ extraordinary and entertaining novel juxtaposes a twentiethcentury personality with a figure from the thirteenth century, resulting in a meditation on the struggle to find meaning in a post-God world. Stan Laurel finds himself in a pitch-black tunnel with no way out. After a while, he encounters Thomas Aquinas in the same tunnel. They ponder how and why they have ended up there and walk around trying to find the exit, as they discuss philosophy, encounter objects and holes and reach some interesting conclusions. Aquinas uses reasoning to work out why they are in the tunnel, concluding that the space-time continuum has been broken and that Stan’s last memory of lying in a hospital bed means he has probably died. After some time, Stan decides that he must be right, and that the reason Aquinas is with him is that he was reading a biography of the saint in hospital.

Picnic in the Dark is full of physical comedy, as well as details of Laurel and Hardy film plots and reflections on death, the function of laughter and the problems of a godless world. There is an unexpected and satisfying ending when the pair reach the end of the tunnel, guided by Stan’s ‘magic lighter thumb’ known to fans of his films, only to find that the tunnel opens onto more darkness, space and emptiness. Having said to Thomas Aquinas that he would prefer to risk everything and leap into the unknown to find out if there is an afterlife, Stan is then pushed by Thomas Aquinas into the void. This brings new relevance to all the questions set up during the pair’s discussions in the tunnel, particularly a discussion on how the body needs to experience something physically for the mind to understand. Thomas Aquinas then returns to the thirteenth century and laughs for the first time since he was five, having learned from Stan that this is another way of facing life.

Orths’ writing offers impressive insight into the emotional lives of both figures and demonstrates superb comic timing. Picnic in the Dark is a gem of a book, both easy to read and inspirational.

Markus Orths was born in Viersen in 1969, studied philosophy, Romance languages and English in Freiburg and now lives in Karlsruhe. His novels have been translated into sixteen languages. He is also the author of radio plays and children’s books.