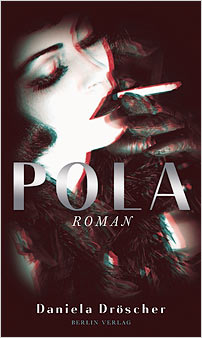 Daniela Dröscher’s fast-paced and entertaining novel is told from the point of view of the 1930s film star Pola Negri, providing an unusual perspective on Germany during this critical time. Negri associated with many illustrious Hollywood stars, in addition to interacting with high-ranking Nazi officials, and her fictionalised biography is full of remarkable encounters and anecdotes.

Born in Poland to impoverished parents, Negri rose to fame in German silent films. Her success culminated with Madame DuBarry, which became an international hit and Negri’s passport to Hollywood. She was one of the most colourful of the early film stars, known for her high-profile relationships and given to extravagant lies and public displays of emotion. The advent of talking pictures did not bode well for Negri’s career, however, since she had a strong Polish accent. It is at this point that Dröscher’s narrative takes up Negri’s life story, following her fall from grace with Hollywood’s big producers. In the novel’s strong opening scene Negri bursts in on a gathering which includes the screenwriter Mercedes de Acosta and legendary actress Marlene Dietrich. Negri is told that she will not be playing the title role in a screenplay de Acosta is writing, and that it has gone to Greta Garbo instead. This is ‘the day Pola Negri’s career ended’.

In 1934, when a last-ditch attempt to bribe her way back into Hollywood backfires, Negri returns to Germany to play the lead in a film there. She falls in love with an actor twenty years her junior, but attempts to keep the relationship secret for the sake of her reputation. Filming is slow and fraught. Negri antagonises Joseph Goebbels, the Minister responsible for film, which results in her work permit being revoked. This is mysteriously reversed shortly after a reel containing the film’s seduction scene is stolen from the set. It later emerges that this has been given to Hitler, who likes to watch it ‘when he can’t sleep’. Negri is torn between her desire to make a comeback and her distaste for the Nazi regime.

Dröscher has produced a sensitive, multi-layered portrait of Negri’s life through the use of childhood memories and flashbacks to her relationships with Rudolph Valentino and Charlie Chaplin. Pola is an engrossing memoir of an international star against a backdrop of unprecedented cultural and historical upheaval.

Daniela Dröscher was born in Munich in 1977, and now lives in Berlin with her family. She has won numerous awards, among them the Anna-Seghers-Price, the Wortspiele Price and, just recently, the Koblenzer Literature Award 2012.