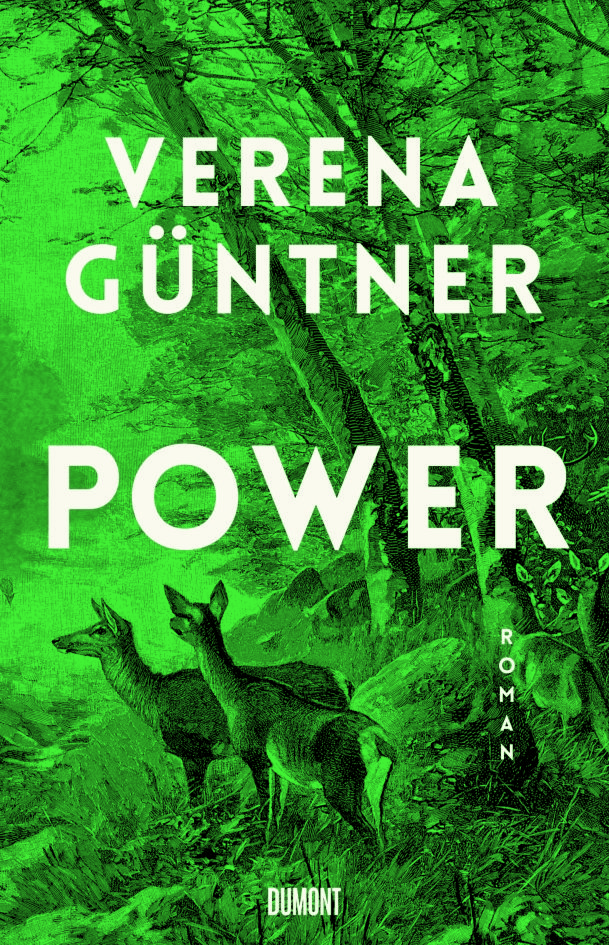 Power is a deceptively simple symbolic tale – a universal story that will strike a chord with readers everywhere.

Verena Güntner’s second novel plays with the idea of what it means to disappear from a community, what happens when the established order is upset and how those left behind deal with the new reality that is imposed on them. Eleven-year-old Candle, nicknamed for her ability to light up the world, is bored by her rural village school and intent on completing her own ‘missions’. The latest is finding elderly Mrs Hitschke’s missing dog, Power. Candle takes this task seriously, drafting a detailed rescue plan and involving her friends. But the search soon takes on a sinister character as the children start imitating dog behaviour, barking and crawling on all fours with makeshift tails attached, refusing to wash or engage in human interaction and disappearing into the woods for long stretches of time until finally they don’t come back at all. What started out as an innocent quest turns darker, and as the lives of the villagers and their own secret stories of abandonment are gradually revealed, it is soon no longer clear who is searching for what.

Güntner’s storytelling seems straightforward with simple, unadorned yet evocative language, but as it delves into the villagers’ histories, more layers gradually emerge. Candle is a fearless, complex character who is wise beyond her years but not free from self-doubt and contradiction. Mrs Hitschke is a tragic figure who turns out to have been the victim of decades of domestic neglect and casual violence administered by her husband. Hitschke’s attachment to her dog was filling an emotional void, and his absence makes this all the more obvious. When Hitschke manages to liberate herself at last by leaving the village and her traumatic past behind, Candle is pleased, knowing that her finding the courage to do this is a more important mission than the return of the dog.

Power stands out for its allegorical aspect – a story of coming to terms with being abandoned that raises bigger questions about belonging and identity within a close-knit yet potentially suffocating community. This is a fascinating read from a talented writer whose performing arts background informs and inspires her fiction in its dramatic scope and intensity

Verena Güntner, born in 1978 in Ulm, graduated from drama school and spent several years on stage at different theatres. Her debut novel Es bringen (2014) was adapted for the stage and won the German Audiobook Prize. Verena Güntner has been awarded several prizes, including the Kelag Prize at the Festival of German-Language Literature in Klagenfurt and a stipend from the Berlin Senate. She lives in Berlin.