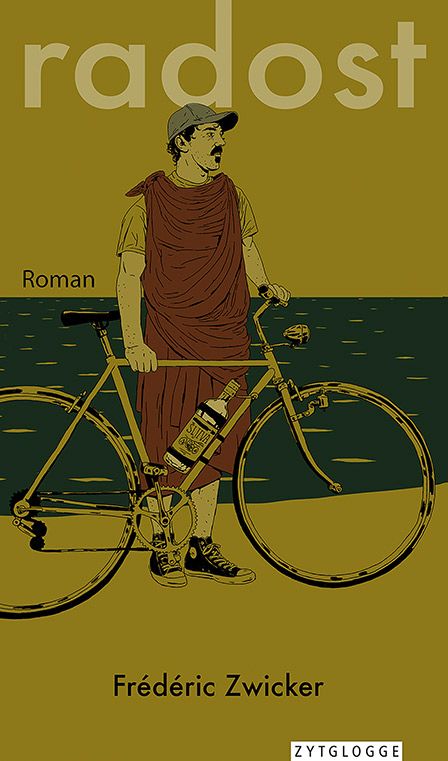 Frédéric Zwicker’s latest novel successfully combines elements of travel literature with reflections on mental health issues and what drives us as human beings. In Radost, a journalist in his thirties sets out on a journey to Croatia and Zanzibar in an effort to fill the gaps in the life story of a man who has long been living with mental illness.

Fabian works at a local newspaper in Lachen, Switzerland, and likes routine. When he wins a trip to Zanzibar, he spends most of his time there in his hotel bedroom or at the bar where one day he shares a drink with a Swiss compatriot, Max, who is dressed in Maasai attire. Several hours later, Fabian finds Max lying on the beach with two stab wounds in his stomach and saves his life, taking him to hospital and contacting his family back in Switzerland.

Three years later, the two men meet again and over time they become friends. Fabian discovers that Max has been living with bipolar disorder coupled with schizophrenia for most of his adult life and that he only partially remembers several years of his life. Max is currently stable thanks to medication and regular therapy and would like to reconstruct his past. When Fabian loses his job at the local paper he agrees to travel to Zagreb and Zanzibar to help fill the gaps in Max’s biography. ‘Radost’ is Croatian for ‘joy’ but it also contains two German words, ‘Rad’ and ‘Ost’, which a manic Max had interpreted as a sign that he should cycle all the way from Zurich to Zagreb. Fabian decides to do the same and embarks on a road trip into somebody else’s past that will not only help him fill in the gaps in Max’s biography, but also bring to light new and unexpected aspects of his own personality, leading him to rethink his own life and relationships.

Zwicker’s novel has an original and clever perspective, presenting the story of a bipolar man through the eyes of a narrator who is both his friend and biographer and who carries his own emotional baggage. The narrator’s honesty about his own shortcomings and his own lack of awareness in relation to mental health will make him relatable to many readers. The snapshots of both men’s lives – one clearly defined by routine if not tediousness, the other by a merry-go-round of manic episodes followed by deepest depression – paint a vivid picture of Max’s and Fabian’s lives and of an unlikely friendship that brings solace and joy to both men.

Frédéric Zwicker was born in Lausanne in 1983 and grew up in Rapperswil-Jona on Zürichsee, where he now lives. He studied German, history, and philosophy. In 2006 he founded the band ‘Knuts Koffer’. He has been a columnist for Linthzeitung und Südostschweiz Glarus since 2008. He has worked as an advertising copywriter, journalist, travel journalist in East Africa, music teacher, slam poet, and punchline writer for the satirical programme Giacobbo/Müller, screenwriter. His debut novel Hier können Sie im Kreis gehen was published in 2016 by Nagel & Kimche.