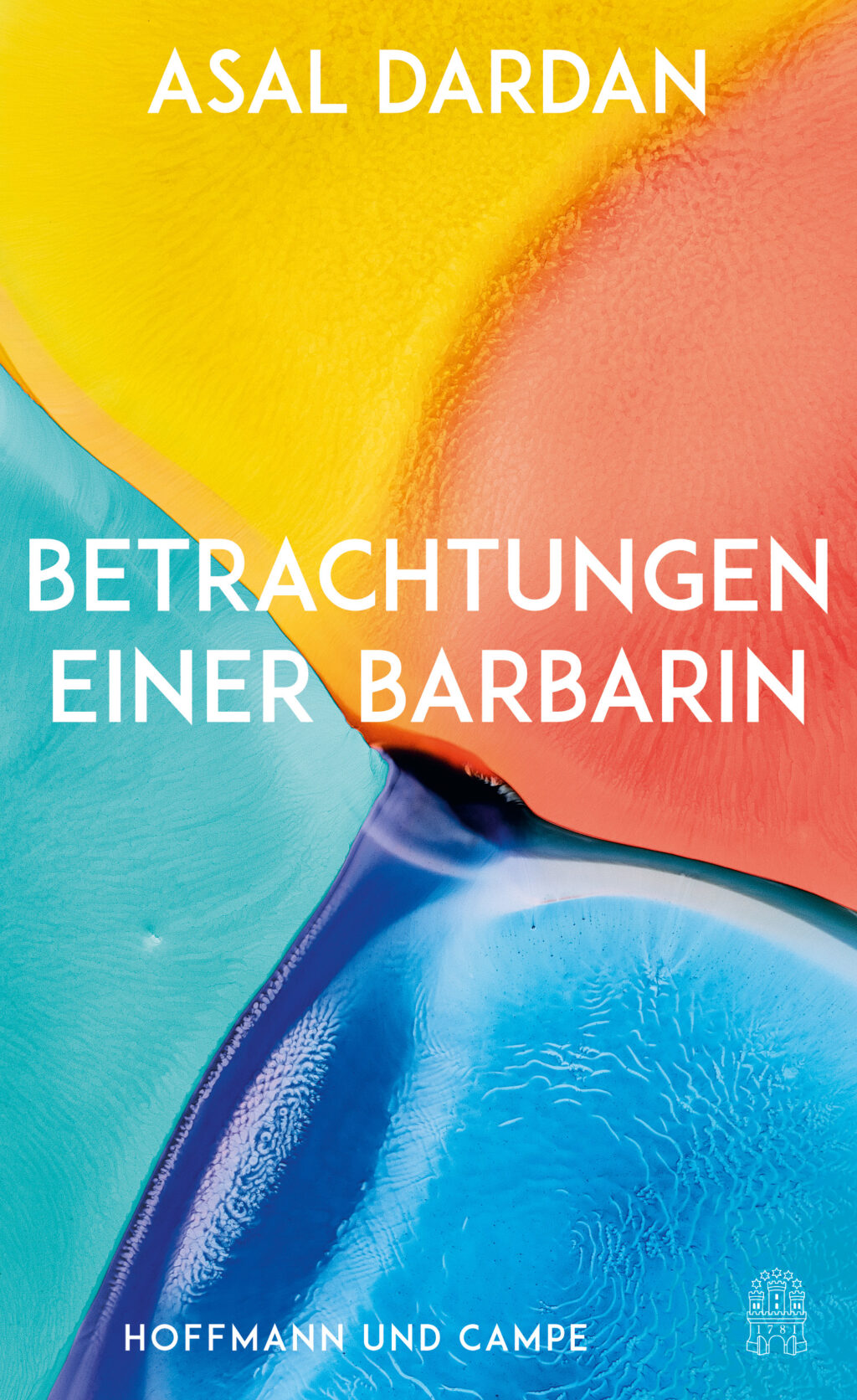 Reflections of a Female Barbarian by writer and journalist Asal Dardan is a collection of ten autobiographical essays on themes around identity, culture and belonging, examining the concepts of identity politics and structural racism.

Born in Iran, Dardan arrived in Germany as a baby but always struggled to belong. Now in her early forties and with two children of her own, she returns to Germany after several years in Sweden. With sensitivity and nuance, Dardan questions what it means to grow up in a “foreign” country and maintains that living together in society necessitates the acceptance of differences.

The ten essays cover a variety of topics, all of which interweave the personal with the political. The themes of exile and belonging in particular are explored from different perspectives. In the opening essay, Dardan describes her childhood in Cologne and her alienation from both Germany – where she was perceived as a foreigner – and Iran, whose language she didn’t speak and whose traditions she didn’t uphold. A later essay compares her experiences in Germany with the six months she spent in the USA, where she felt accepted.

A further chapter is set on the Swedish island of Öland, where her husband’s family has owned a house for generations. Alongside beautiful descriptions of the island’s environs, Dardan considers the way we form emotional attachments to places and things. She contrasts the many traditions her Swedish mother-in-law is passing down to her grandchildren with her own lack of Iranian rituals and traditions.

One particularly powerful essay examines the trial of the National Socialist Underground or NSU, which took place between 2013 and 2018 and dominated the German media. The case dealt with neo-Nazis who were accused of killing a number of workers with immigrant backgrounds over the course of seven years, and revealed the racism inherent in the German police force. Dardan describes the extreme discrimination suffered by the families of the murder victims. She takes a close look at some of the recent events in Germany’s history of violence towards migrants, while also reflecting on the country’s wider attempt to come to terms with its past. In a message which is just as relevant to the UK and the USA, she sounds a clear warning against right-wing populism.

These nuanced and highly topical essays will appeal to fans of Laila Lalami’s Conditional Citizens and Zadie Smith’s essay collections.

The author strives to create an awareness of the fluidity of belonging, the coexistence of identities and the contradictions that only seem like contradictions from the outside. Asal Dardan manages to convey this awareness in her deeply personal and powerful essays on topical and relevant issues.

Asal Dardan was born in 1978 in Tehran and grew up in Cologne, Bonn and Aberdeen after her parents fled Iran. She studied Cultural Studies in Hildesheim and Middle Eastern studies in Lund. As a freelance author, she writes for Zeit Online, the FAZ and the Berliner Zeitung, among others. She also works as a freelance editor and author for the online magazine Was wäre wenn [What if]. She was awarded the Caroline Schlegel Prize for essay writing for her text Neue Jahre [New Years]. Having lived for many years on Öland in Sweden, she now lives with her family in Berlin.