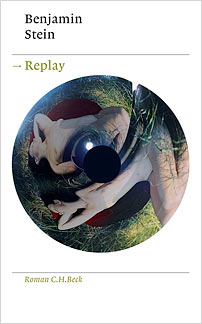 ‘Soon we’ll all have computer chips implanted in our brains.’ Stein makes this kind of casual remark the basis for a darkly dystopian novel that offers a new take on ideas about freedom, slavery and electronic surveillance.

Rosen, a software expert, tells the story of how he became the first person to receive the prototype of an electronic implant known as the UniCom. The device can do more than any smartphone. It records a person’s experiences and allows those memories to be played back and relived again and again. Those memories can also be manipulated, and shared with others. Rosen becomes addicted to replay, spending much of his life ‘drifting’ through his memories of a ménage-à-trois he once had with his girlfriend and their lover, a massage therapist. Rosen is not the only one addicted to the pornographic potential of replay. The UniCom becomes so popular that before long 95% of the population have elected to receive the implant. And in time the makers are able to monitor and control the movements of the citizenry, becoming the ultimate power in the country. People who refuse to have the UniCom installed are known as the Anonyms and are forced to live in walled-off shanty towns, because they are not allowed to operate motor vehicles or take public transport without a UniCom in their heads.

Framing the narrative and woven through it is the image of the god Pan. The book begins with a Kafkaesque scene: Rosen wakes one morning to find a hoof sticking out from under his bedsheet, where his foot should be. Is it his? As the novel continues, other images of Pan pop up incongruously in various scenes, including sex scenes from the earlier ménage-à-trois. The narrator eventually explains that electronic images of Pan were inserted into Rosen’s memories in the UniCom prototype as a kind of watermark, to indicate that a particular experience is not real but just a replay.

As with Stein’s last novel, The Canvas (which appears in the USA in English translation this autumn), the narrative takes place entirely within the mind of the narrator. There is no direct dialogue; all conversations are rendered through Rosen’s consciousness. And what at first seems like a needlessly self-imposed limitation of the author proves to be the most effective way to capture the limitations of replay and drifting in this highly innovative new book.

Benjamin Stein was born in East Berlin in 1970 and has been publishing poems and short stories since 1982. His first novel, Das Alphabet des Juda Liva, appeared in 1995. Stein has worked as an editor and correspondent for various German and American computer magazines, and has been an information technology consultant since 1998. He heads the publishing house Edition Neue Moderne and has a literary blog: turmsegler.net. His most recent publication with C.H. Beck is his novel Die Leinwand (The Screen, 2010), which won several prizes.