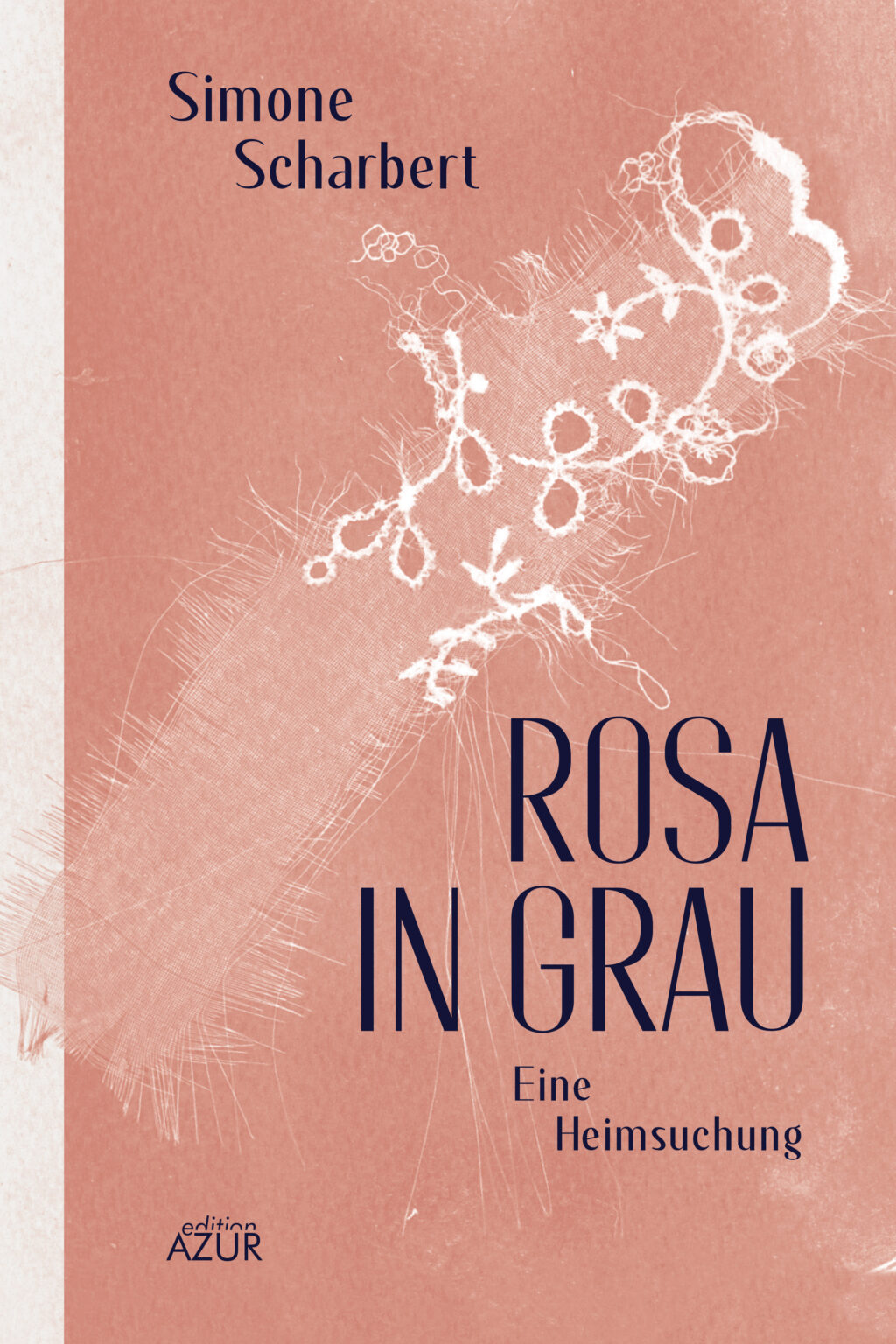 Rosa in Grey is told from the perspective of a young mother who is admitted to a psychiatric hospital in Germany in the early 1950s, suffering from schizophrenia. The people she meets there, who are forced to spend decades in psychiatric institutions, often in appalling conditions, show her how art can become a beacon of hope. Linguistically sparkling, this original novella brings women’s voices to the fore and deals with loss of control, borderline experiences, love, friendship and art.

Written in the first person, the book presents a series of distinct episodes, seen through the lens of a troubled mind grappling with everyday life as a young mother and her subsequent soul-destroying experiences in the psychiatric institution. It is divided into two sections, with the first set in 1951 and centring on the narrator and her daughter, Rosa. Like many others, the narrator (who had a dormant mental health condition in childhood) was forced to flee with her family during the war and make a life elsewhere. Six short scenes taken from everyday life illustrate how the layering of past traumatic events and current demands take their toll on her mental health. She drifts in and out of schizophrenic episodes, increasingly unable to respond to her child’s needs. Skilful flashback snippets hint at suppressed trauma, and each scene adds a layer to the picture of the narrator’s state of mind, family life and past.

The second part is set in the psychiatric hospital a few years after the narrator has been sectioned. The novel depicts dismal institutional life, the loss of dignity, and the monotony of each dreary day. However, there is also friendship, love and the glimmer of hope offered by art. More of the narrator’s past is revealed through her hallucinations and this book concludes with the climatic revelation of the violent incident at home that led to her incarceration: in the kitchen, the second child hinted at throughout the text is desperately screaming, begging her to stop. As the narrator wipes the blood off her forehead at the end of the book, readers are left to unpick what happened and are stunned into sombre reflection on how quickly a mental health crisis can turn into tragedy.

The novel references well-known artists and artwork from the Prinzhorn collection at Heidelberg University, created by people diagnosed with mental disorders.  Some of its characters are also based on individuals who were actually admitted to the psychiatric hospital where the novella is set. These links with the real world enable it to destigmatise mental health, raise awareness and encourage inclusivity. As a work, it also provides an insight into the key role art can play in the expression of trauma and its continued importance as a tool in therapy.

Simone Scharbert is a lecturer and freelance writer whose writing has been described as a cross between prose and poetry. Rosa in Grey is her third work, and draws the reader in with its suspense, uncertainty and beauty.

Simone Scharbert was born in 1974 in Aichach, studied Political Science and Literature in Munich, Augsburg and Vienna and gained a doctorate in Political Science. She lives in Erfstadt and works as a freelance author and lecturer. Her poetry début, Erzähl mir vom Atmen was published in 2017, and her highly regarded first novel, du, alice, about the life of Alice James, appeared in 2019.