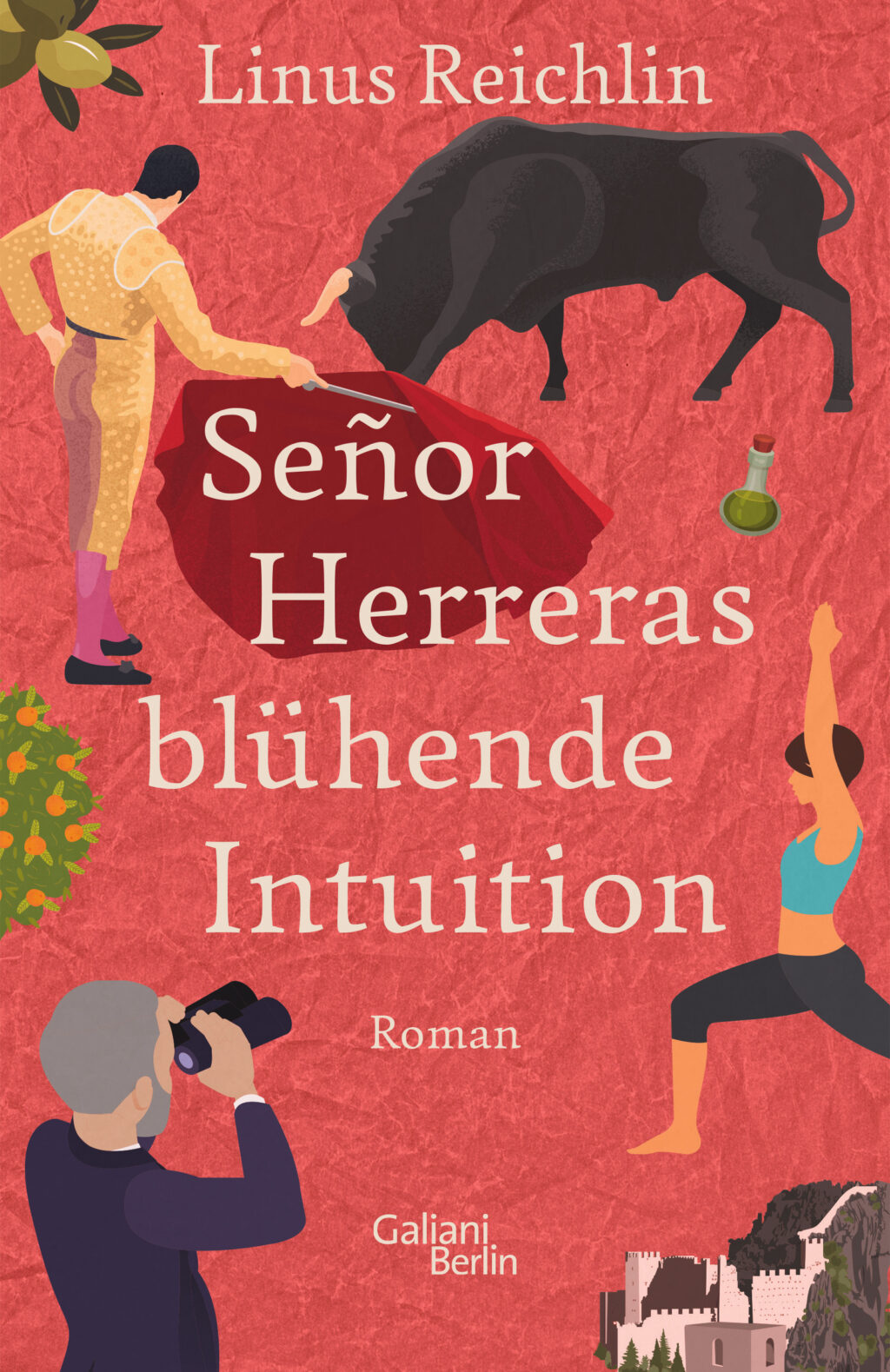 A comedy thriller guaranteed to make you laugh out loud, Señor Herrera’s Blossoming Intuition by Linus Reichlin interweaves surreal twists with tongue-in-cheek observations about the relationship between art and life. With all the well-crafted farce of Michael Frayn and the dark wit of Muriel Spark, this is a joyous read which will keep readers turning pages.

Leo Renz, a German thriller writer, books himself in for a writer’s retreat at a convent in Andalusia as research for his new novel, which is to be set in a Spanish convent. Nothing, however, goes to plan, and after an unlucky taxi ride, Renz arrives at the convent to discover he won’t be interacting with the nuns at all, as they live in an enclosed order. Instead, he has Señor Herrera for company – a former matador and the convent’s cook, whose enthusiasm surpasses his culinary skills.

Señor Herrera is fascinated by the novel Renz is writing (‘it’s not a novel, it’s the concept for a novel’) – all the more so because he is convinced that it lays bare real events which he decides must be taking place at the convent. Renz’s novel has hints of Sister Act – a young woman has witnessed a murder by a mafia boss, and a witness protection act whisks her to safety in a convent where she disguises herself as a nun. Señor Herrera takes Renz’s plot to confirm his own suspicions about Sister Ana María, the newest and youngest of the nuns.

Taking his conviction to its (to him) logical conclusion, Herrera first of all suspects Renz of being a hitman, and then reasons that Renz must be the detective from his own novel who comes to the convent to protect the young ‘nun’. This leaves Herrara on the lookout for a killer – whom he first believes to be a taxi driver (and who, indeed, ends up pulling a gun on Renz and Herrera) and later believes to be a second guest at the convent, a woman. Herrara poisons her with daphne mezereum and she is taken to hospital.

Meanwhile the various mysteries are solved – the young nun, it turns out, is there to save the convent, and Renz eventually manages to escape the madness. In an epilogue that takes the bafflement to a new level, Renz reveals that the plot of his novel was based on something else entirely.

Reichlin makes convincing use of the first-person narrative (from Renz’s perspective) to convey miscommunications, deadpan observations and the occasionally nightmarish elements of the farce. Readers will be gripped by this wryly observed and fast-paced comedy.

Linus Reichlin was born in 1957 and lives as a freelance writer in Berlin. His debut novel was translated into several languages and won the German Crime Fiction Award in 2009. His novel The Assistant of the Stars was voted Science Book of the Year (Entertainment) in 2010.