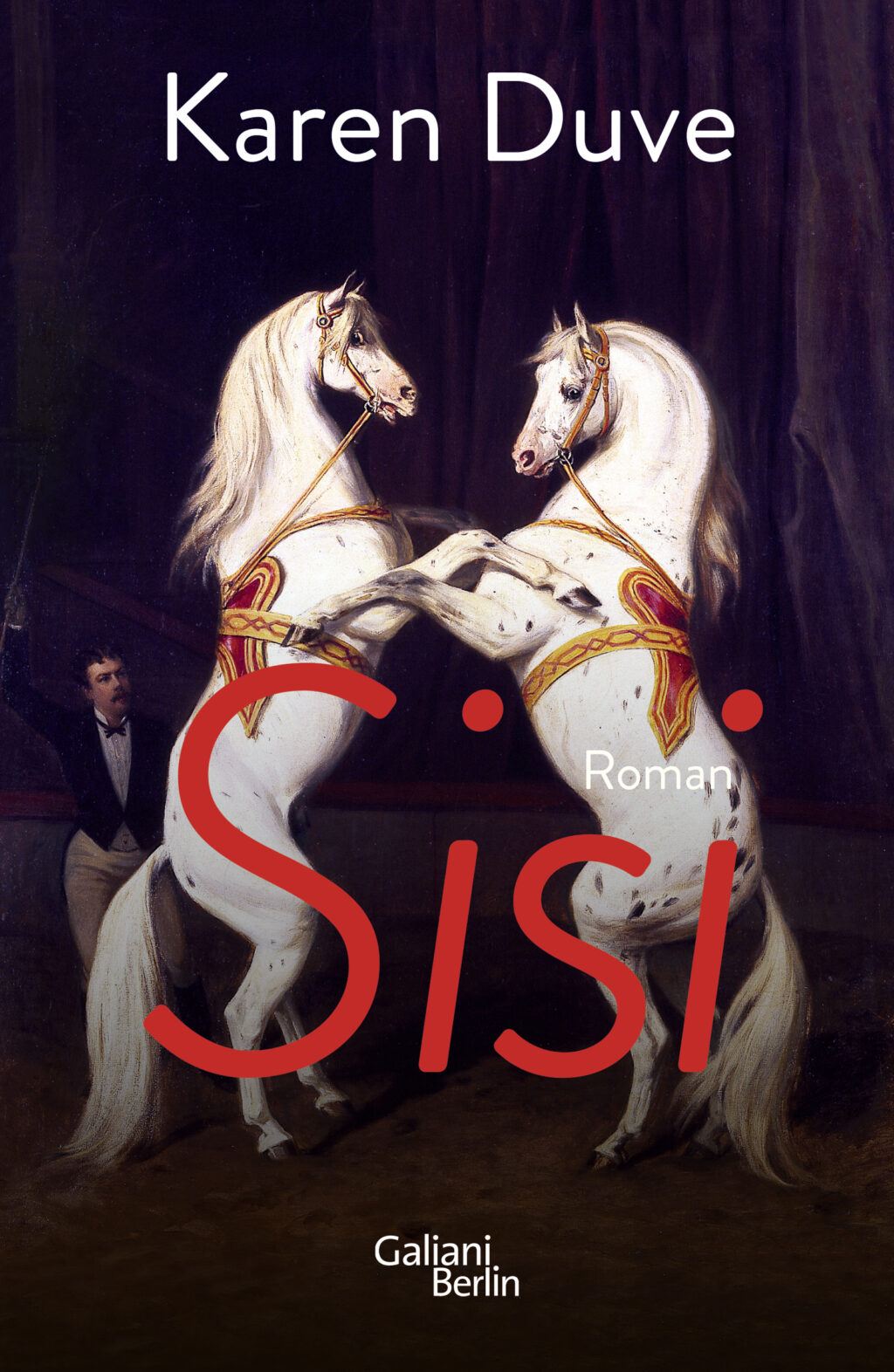 Karen Duve’s historical novel stars Empress Elisabeth of Austria, described by The Guardian newspaper as ‘a Habsburg popstar, the first royal celebrity, the earliest example of a woman body-shamed by the media and a long undiscovered 19th century feminist icon’. As well as telling her story in print, she is also the subject of two new cinema films and two television series, including a Netflix biopic.

Sis tells her own story. The novel begins with Empress Elisabeth, wife of Emperor Franz Joseph I, on her first hunting trip to England. Elisabeth is a wild child, who wants and is able to hunt with the men, who starts her day with beef broth and a few glasses of wine. She falls for Bay Middleton, the Englishman assigned to her while hunting. On a visit to Queen Victoria, she insults the sovereign by cutting short her trip, favoring Ferdinand Rothschild instead and causes a scandal in the press because Rothschild is Jewish.

We follow the empress through her hectic schedule. The excess is fascinating: when Sisi travels abroad, her hosts frequently build a gym especially for her. We watch her participate (often reluctantly) in Viennese court rituals, such as the washing of the feet on Holy Thursday. The second half of the novel relates Sisi’s relationship with her niece Marie Wallersee, who is her confidante and the go-between for her married cousin Prince Rudolf and his mistress Mary Vetsera. Intrigue piles upon intrigue, as the plot works toward the Mayerling Incident of 1889, with the apparent murder-suicide pact between Rudolf and Mary.

The novel’s short time scale allows Duve to go deep into a period of the empress’ life rather than skimming over a larger stretch. The novel is replete with detail, which establishes an authentic mood and setting reminiscent of Merchant Ivory films or the television series Downton Abbey. It recalls Duve’s earlier novel Fräulein Nettes kurzer Sommer, which spans four years in the life of Annette von Droste-Hülshoff.

Sisi enthusiasts around the world –and those who have not encountered her yet – will enjoy (re)discovering a world frothy with candlelit dinners, flirting, affairs, piercing glances and ambiguous silences; a world in which the queen’s hair ritual can be either lighthearted and joyful, or terrifying, depending on who is holding the scissors. This is a fast-paced narrative, well-controlled and an effective rendition of Sisi’s life and times—which were legendary even during her lifetime. It will appeal to readers of historical fiction generally, and is reminiscent of Stacy Schiff’s Cleopatra.