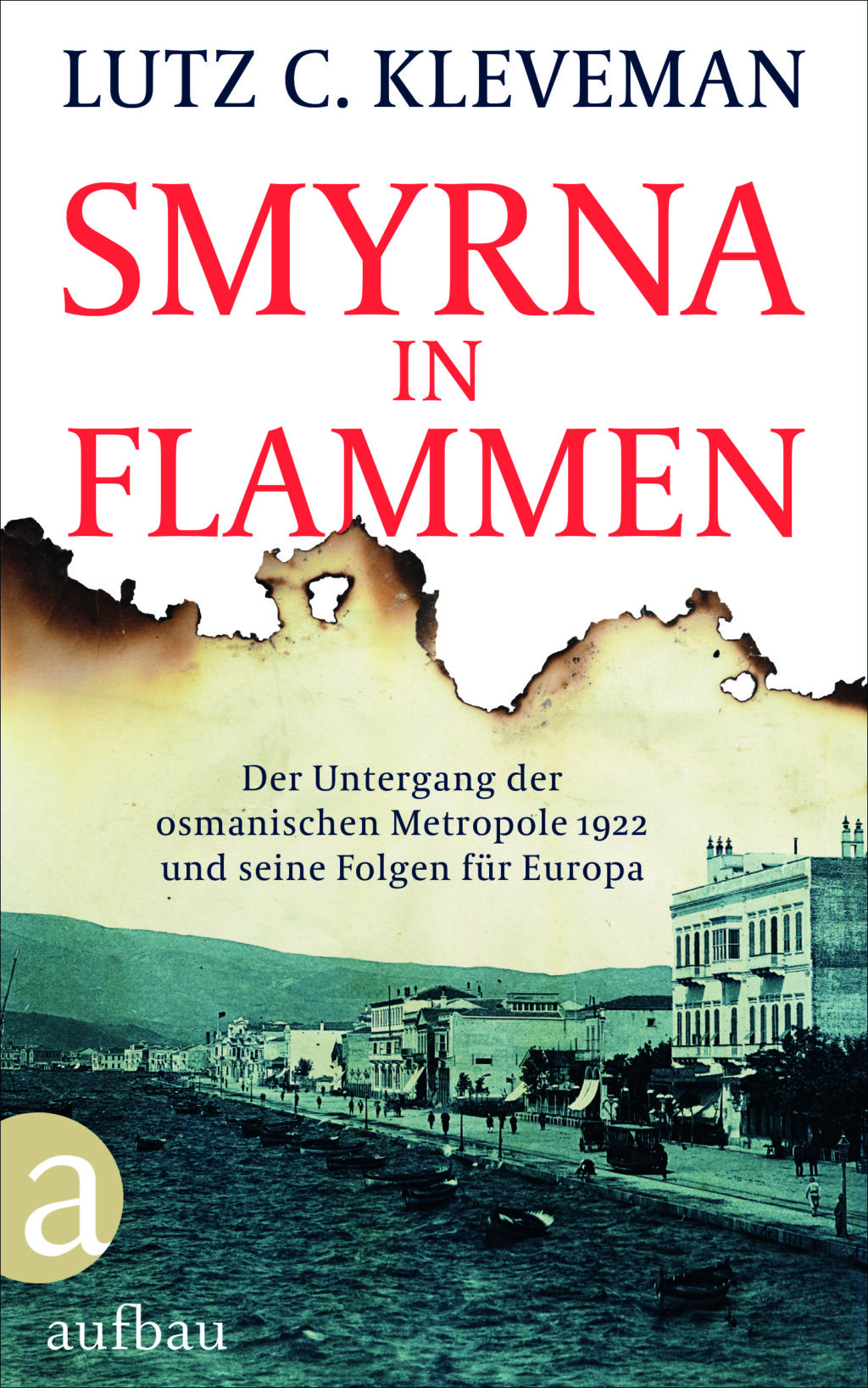 One hundred years ago, in 1922, tens of thousands of people lost their lives in the fire that almost completely destroyed the city of Smyrna, the legendary port of the Ottoman Empire. This devastating event that effectively brought an end to the Greco-Turkish war changed Europe for ever; it was followed by a population exchange of almost two million Christians and Muslims, which was to be a precursor to all the ethnic cleansing of the 20th century.

Lutz C. Kleveman’s Smyrna in Flames offers an engaging and detailed account of the author’s journey, undertaken just prior to the outbreak of the Coronavirus pandemic, from Piraeus and the island of Chios in Greece to the cities of Cesme and Izmir (as present-day Smyrna is now known). Using the historical and cultural backdrop at each location as the context, Kleveman travels across borders and through time, explaining the background to and the reasons for the many conflicts – political, territorial, ethnic and cultural – that have gripped the region since the 19th century. He demonstrates how these led directly to the fire in September 1922 and the subsequent mass population exchange, and clarifies how the ongoing refugee crisis across Southern Europe and Asia Minor is a modern-day manifestation of these conflicts.

Kleveman’s study is thoroughly researched, with the author interviewing prominent local writers, workers and EU volunteers and undertaking investigative research at each location throughout his journey to explore how tensions between the Ottoman Empire and Greece created the context for the Smyrna fire. His use of location to expand upon each specific aspect of the history means that information is presented in a more personal than chronological order, allowing readers engage closely with the different threads, piecing them together to gain a holistic understanding of the subject matter.

The text is given a further personal touch through Kleveman’s account of his personal engagement with the current refugee crisis and the backdrop to his personal situation, including his time as a student at LSE and a relationship breakdown that led him to undertake his journey. His chapter on the fire itself is graphic and emotive, taking almost an eyewitness perspective on the events, and this underlines its historical and current importance.

The book is clearly intended for an audience interested in European history, politics and culture yet it is written in a straightforward style that will appeal to a general as well as an academic audience, in particular the sections relating to the current refugee crisis. Lutz C. Kleveman is a freelance journalist and author who divides his time between the USA and Germany and writes in both English and German. He has reported from many of the world’s conflict zones including the Balkans, the Caucasus and the Middle East. None of his works written originally in German has yet been translated into English. 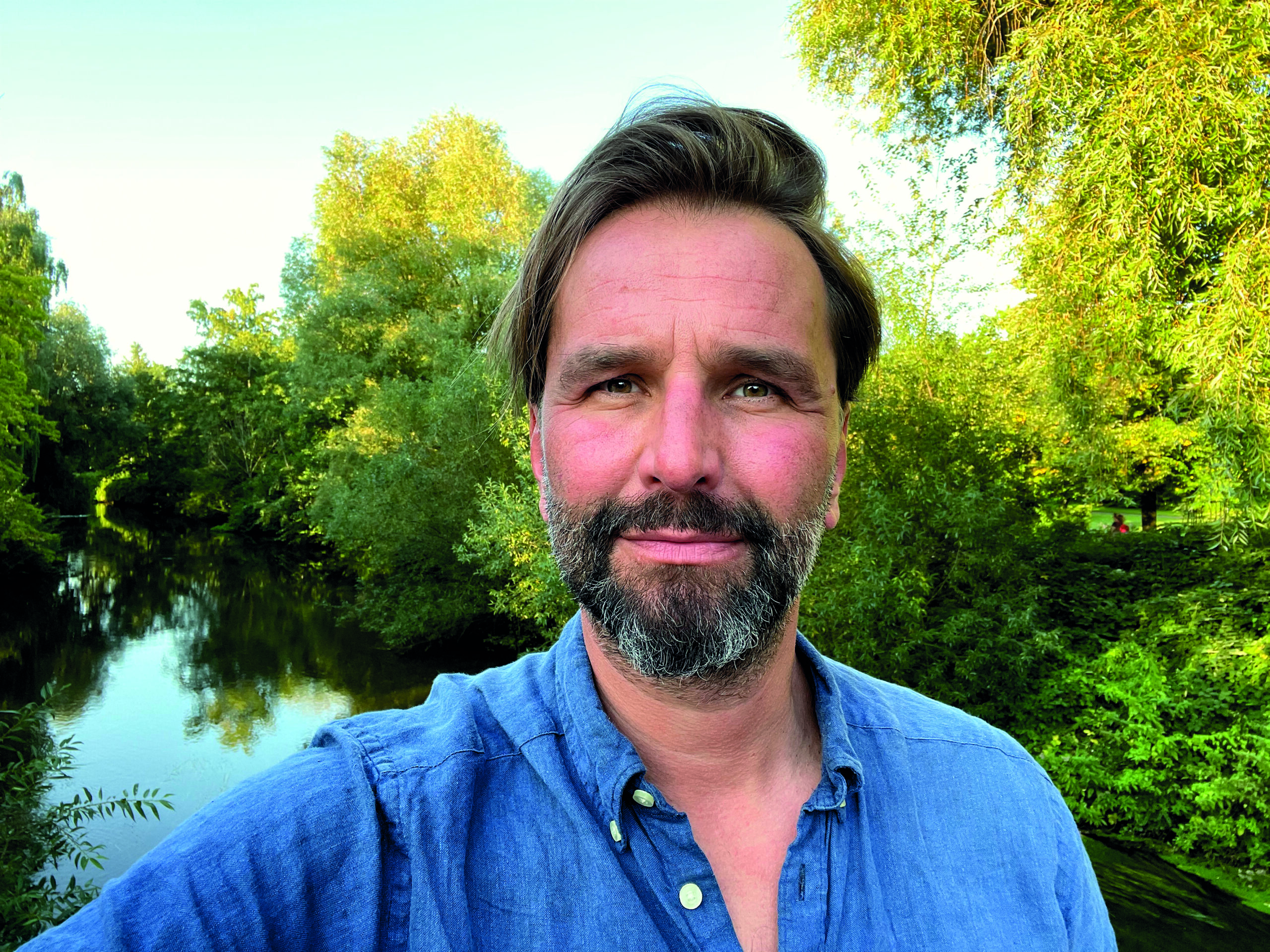 Lutz C. Kleveman, born in 1974, is a non-fiction author and photographer.

Kleveman studied French Literature in Aix-en-Provence and International History at the London School of Economics (LSE).

From 1999 onwards, he worked as a freelance journalist and photographer in the Balkans, West Africa, the former Soviet Union, Central Asia, and the Middle East. He has written and photographed for the Daily Telegraph, Die Zeit, Newsweek, Der Spiegel, Playboy Magazine and various other publications in Germany, Britain, and the States.

Currently, Kleveman is working on a new book and photo projects about North Africa.

His publications include Wanderjahre. A reporter’s journey in a mad world (London 2012) and Lemberg. The forgotten middle of Europe, Aufbau (2017).