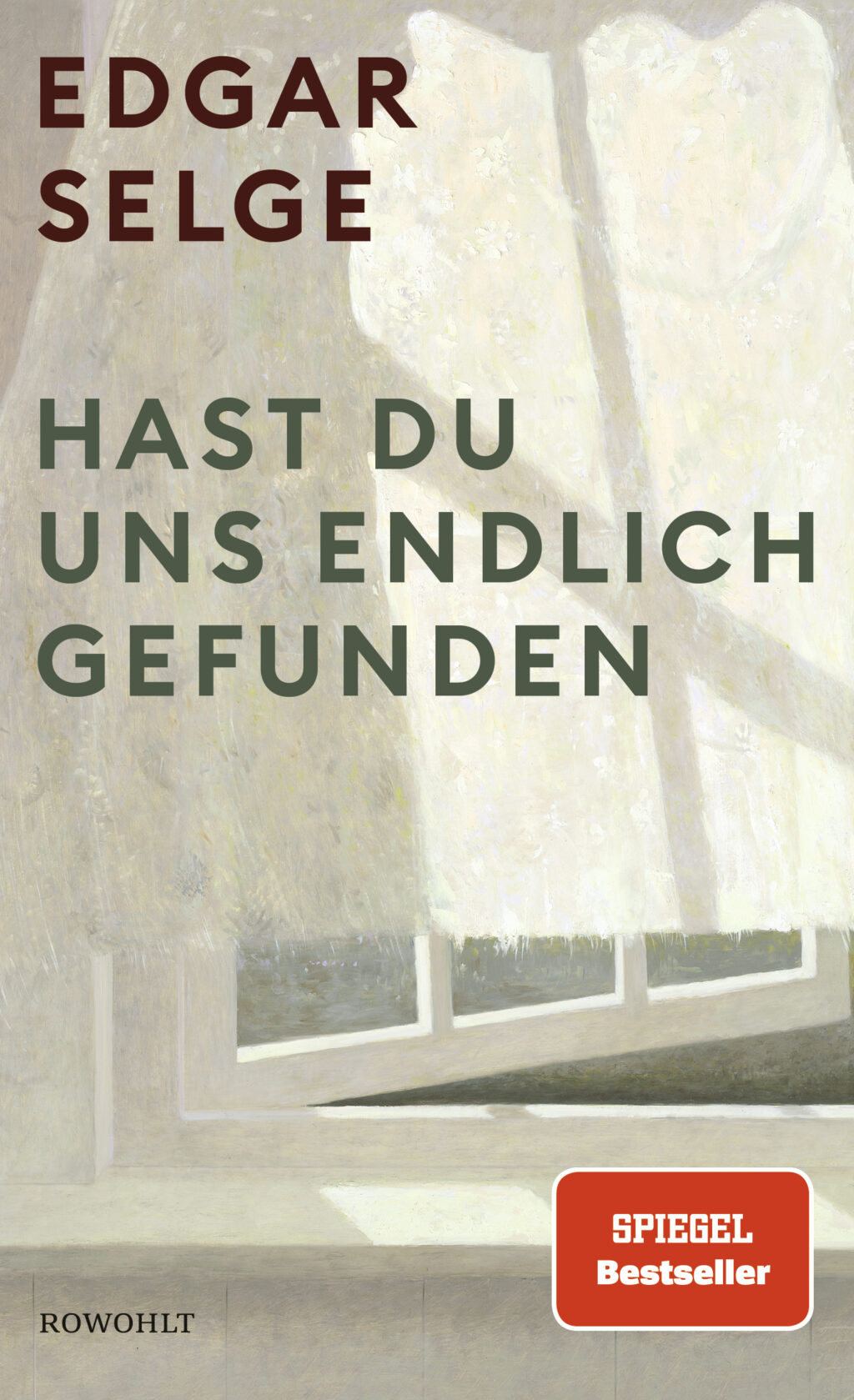 Edgar Selge is a well-known German actor, now in his early 70s, who used the enforced leisure of the Covid pandemic to reflect upon and try to make sense of his experience of growing up in post-war Germany. With echoes of Bernhard Schlink’s The Reader, So You Finally Found Us has sold more than 100,000 copies and has been on the SPIEGEL bestseller list for 19 consecutive weeks.

Selge’s story is typical of the post-war generation and an example of Vergangenheitsbewältigung – the attempt to come to terms with Germany’s Nazi past. Just as his parents had to deal with collective guilt and the sudden overturning of all they were brought up to believe, Selge has to reconcile the love he feels for his parents with the knowledge that they were complicit in the atrocities of the Holocaust.

The novel explores universal themes, including right and wrong, guilt and atonement, transgression and forgiveness. It also deals, both literally and figuratively, with freedom and imprisonment: the author’s father is a prison warden and the young Selge often feels like a prisoner himself, longing to escape the strict household discipline imposed upon him.

The book is written in the first person and eschewing chronology, it recounts a series of memorable incidents that provide points of departure for the author’s reflections. It opens with a description of an “at-home concert” given by the author’s father, a keen amateur musician, for the young offenders in his charge. The father’s enlightened attitude to the justice system is subsequently contrasted, however, with a brutal beating of Edgar for a forbidden visit to the fair.

We learn that the family were refugees from Germany’s eastern territories at the end of the war, and that Edgar, born in 1948, is the third of four sons (a fifth son having died while playing with a hand grenade). Running through the story is the traumatization of the parents by the past, despite Edgar’s apparently secure middle-class surroundings: the disciplining of the young Edgar is an attempt to impose order in a world that has lost its moral compass, and music and literature are some of the few permanent and reliable anchors in a sea of chaos.

The beatings only exacerbate Edgar’s waywardness, and he escapes into his own fantasy world. Above all, the author wants to understand his confused feelings towards his father. Why did he never talk about the punishments and mild sexual abuse inflicted on him? Was he too in denial?Was he ashamed to admit that someone he loved and respected could treat him so badly, just as his parents struggled with the idea that the values of their revered Vaterland could be so wrong?

The key people in Selge’s life are portrayed with great sensitivity and emerge as complex characters, full of human inconsistencies: his father loving and humane, but defensive of the old regime; his mother from highly orthodox background, struggling to shed her prejudices, and suffering a physical and mental breakdown when finally confronted with the truth of the Holocaust.

The narrative structure is also characterized by a blurring of perspective reminiscent of Proust and the book is rich with cultural resonances including Shakespeare and Dostoyevsky. Atmospheres and emotions are evoked with vivid, sensuous language.

This is a highly readable and engaging book, and above all, a plea for understanding. Though it makes readers feel the full horror of the concentration camps, it also provides a profound insight into the moral confusion of the war generation, and a sensitive counterpoint to contemporary currents such as cancel culture.

Edgar Selge, one of Germany’s foremost character actors, was born in 1948. He grew up in Herford in eastern Westphalia, where his father was a prison director.

After studying Philosophy and German Language and Literature in Munich and Dublin, and Classical Piano in Vienna, he trained as an actor at the Otto Falckenberg School in Munich in 1975.

Selge has received numerous awards for his work. He is married to the actress Franziska Walser; the couple have two children. So You Finally Found Us is his literary debut.