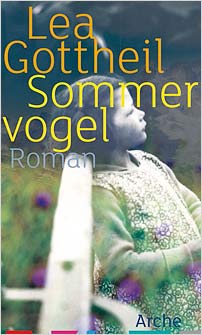 In an astonishingly assured first novel, Lea Gottheil creates a strong and subtle portrait of an individual caught between the constraints of tradition and the lure of change.

Protagonist Lotte is born in rural Switzerland in the 1920s and with gentle precision the author depicts the everyday village life of a child in the thirties, and the increasing hardship foreshadowing the Second World War. Her mother is stern and traditional, while her father is a musician, and Lotte and her favourite brother, Paul, are keen artists. The first crack in this harsh but close-knit world appears when her father dies at the age of forty-two. With her sister, Ursi, working in a hotel, her brother Henri training to be a mason in a neighbouring village, and Paul trying to establish himself as an artist in Zurich, it falls to Lotte to stay at home and look after her mother. One day, however, driven by her appetite for life, she makes for the city, and finds a niche in the artistic, free-thinking circles there. She falls in love with Gilles who, at forty-two, is far older, but the first to fully appreciate her youthful vitality and integrity; they honeymoon in that city of dreams, Venice. Forty-two has a fateful significance in her family, however, for that is the age she has reached when diagnosed with cancer. One of the most powerful of the work’s evocative miniatures is the description of Lotte’s heightened perception of the world around her as she convalesces after the operation.

The language is transparent, poetic prose, simple yet expressive, her sentences short and measured, calm and orderly and they capture the essence of the different decades in all their ambiguity; the surprises and troubled secrets in the family are a metaphor for the dark underbelly of the notion of Switzerland as isolated from the turmoil of the outside world – a blessing in times of war, perhaps, but also a source of oppression.

Captivating as a portrayal of family relationships in their uniqueness and complexity, this novel heralds a new voice tackling important themes ranging from the conflicts between generations, finding one’s way in fast-changing times as well as the brutality of cancer, and the search for one’s own identity. Sommervogel is a strong contender for a place in the ‘best read’ category.

Lea Gottheil was born in 1975 and lives in Zurich where she is working as a bookseller and a free-lance writer. Her short prose has been published in a number of anthologies. She has written a screenplay for a film and is the author of the theatre monologue ‘Handtaschenmonolog’ which she staged herself in 2007. She is a member of ‘Index’, a group of young Swiss authors. Her work was recognised with the Omanut Prize in 2005, created to support the Jewish Arts in Switzerland. Sommervogel is her first novel.

With its unique mix of important new voices and world-class international authors Arche Verlag has achieved an outstanding position among publishers of literature in the Germanspeaking world since its launch in 1944. From Ezra Pound, Gottfried Benn and Gertrude Stein to John Griesemer, Fritz J. Raddatz, Jim Harrison and Nick Flynn, for sixty-five years Arche has been publishing writers who distil the spirit of their time into enduring works of art.