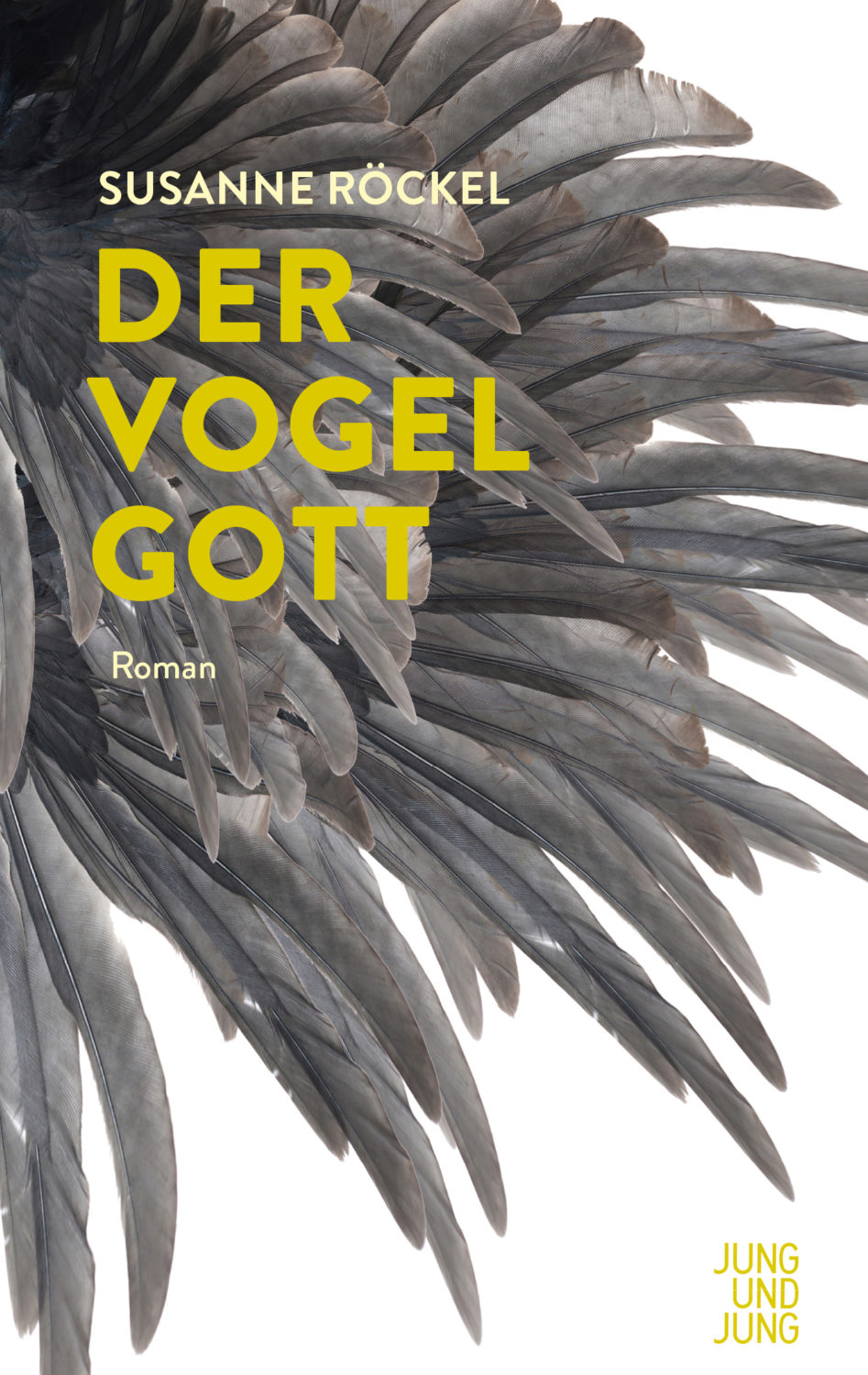 Conspiracy novel meets psychological thriller, as three siblings fall under the spell of a mysterious bird god. This remarkable novel captivates and disturbs in equal measure, and keeps you wondering long after its final page.

The Bird God is divided into three parts, each of which is dedicated to one of the three Weyde siblings: Thedor, Dora, and Lorenz. The siblings’ descent into obsession and madness is narrated convincingly in the first person. Thedor, the youngest child, describes their upbringing with a strict, bird-obsessed father. Following an encounter with a stranger, Thedor decides to travel abroad to work in a hospital. Aza seems to him a strange country, its inhabitants unlikeable. At the hospital he hears about previous German settlers who died under suspicious circumstances fifty years ago, and a cult around a god of birds. The hospital is attacked and Thedor decides to make his way back to the nearest town by himself. On his way he is distracted by birds. Then, in a trancelike state, he appears to take part in a cannibalistic ritual.

Dora, the middle sibling, is an art historian whose marriage unravels as she becomes more and more obsessed with Wolmuth, a German artist active during the Thirty Years War. After an encounter with the enigmatic director of an art institute, she becomes convinced that Wolmuth depicted monstrous birds in his paintings. Lorenz, the oldest sibling, is a freelance journalist who grows increasingly distanced from his wife and children as he tries to uncover the reason for the death of a child. He realises that many children in his town have become phlegmatic and depressed and seem to be plagued by nightmares and a fear of birds. He encounters the head of a clinic – who is of course the same man that his siblings had encountered – and slips into something that resembles madness. The book ends with the three siblings reunited in Thedor’s hospital room, to which he is confined after his return from Aza.

The Bird God is one of those rare novels that readers cannot stop talking about – an unexpected and exciting blend of genres which is sure to captivate an English-language readership. Susanne Röckel’s delightfully strange and refreshingly original novel combines fantastical and horror elements with details of ordinary people’s lives to produce a haunting tale reminiscent of Andrew Michael Hurley’s gothic triumph, The Loney.

Susanne Röckel was born in Darmstadt in 1953. She studied Romance and Germanic philology in Berlin and Paris. She lives in Munich, dedicated to her own work and translation (she has translated, among others, works by Paula Fox, A. S. Byatt, Irene Nemirovsky and Joyce Carol Oates). She has received numerous awards for her literary work.