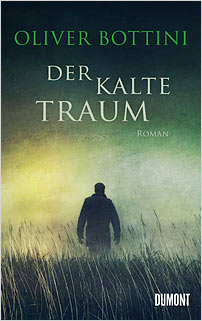 With a magnetic plot and chilling contemporary ring, Bottini’s riveting new crime thriller is reminiscent of Frederick Forsyth’s The Day of the Jackal. The revelations, twists and turns of the tightly constructed plot are formidable and will bring goose pimples to even the most hardened reader.

Thomas Cavar was a young German of Croatian origin, in love with a young Serbian woman also living in southern Germany. As war flared in the former Yugoslavia in the 1990s, he became embroiled in politics, arms deals and active combat. His family repeat a mantra about his death during the war, but several interested parties are determined to find or conceal the truth. In a brilliantly splintered narrative, Bottini shows how the effects of war erupted in various locations and at various times. The chapters shift between 1991 and 2011, between Hamburg and the site of Croatian atrocities against Serb civilians. It becomes a race to the truth, and to the death.

The Cold Dream unlocks recent secrets of European history and a conflict that shook the continent to its core. It extends the crime genre in a distinctive way, working in historical facts and novelistic subtlety. The work of a master craftsman.

Oliver Bottini was born in 1965 and studied modern German literature, Italian studies and psychology in Munich. He received the German Crime Writing Prize for his books Mord im Zeichen des Zen and Im Sommer der Mörder. He was nominated for the 2007 Friedrich Glauser Prize. His third novel, “Im Auftrag der Väter,” was shortlisted for the 2007 Munich Tukan Prize. Oliver Bottini lives in Berlin.