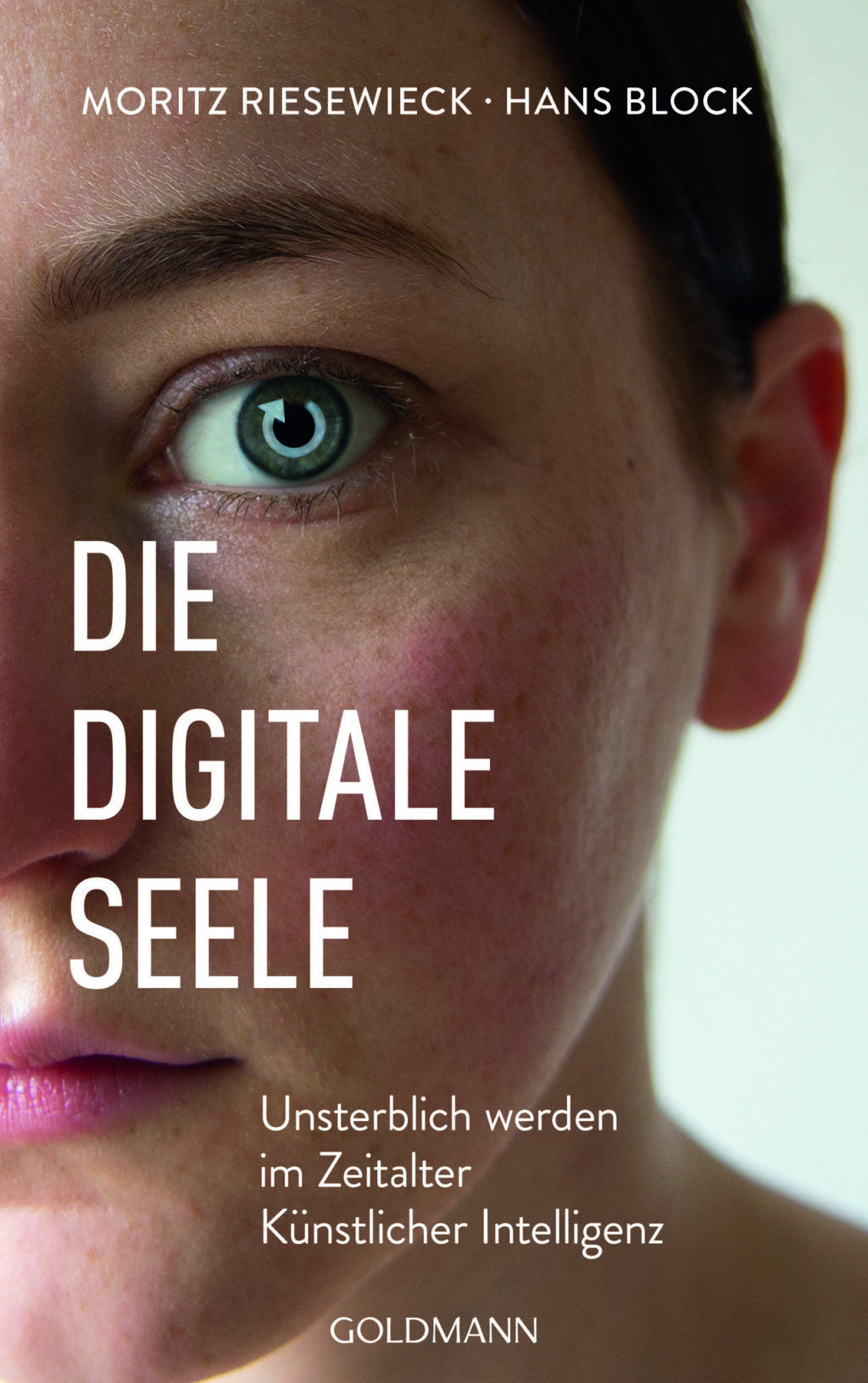 Moritz Riesewieck and Hans Block are well-known for their 2018 documentary film about social media content moderators, The Cleaners. In their first book, they turn their attentions to the concept of artificial intelligence and its implications for immortality, grief, religion and our understanding of the human soul.

The book’s opening section documents the ideas behind artificial intelligence and immortality through the authors’ meetings with pioneers in their field or the people using their services. We visit the Mattel Imagination Centre, which is developing Barbie dolls that interact with children like a human friend. We meet James and his ‘Dadbot’, which he is using to record the detail of his ailing father’s life and which the family can speak to when he is gone; Andrew, who is recording every experience of his life in a system called Memex so he never forgets; James, who suffers from a rare and debilitating skin disease and sees AI as a way of transcending a failing physical body; and, perhaps most poignantly, Nayeon, a woman who is reconciled with her seven-year-old daughter after death with the aid of virtual reality. These case studies are accompanied by a discussion of immortality through AI as a substitute for grief rituals in a society that has largely done away with them.

Riesewieck and Block consider the psychological characteristics of Silicon Valley pioneers of AI immortality, and the implications for memory, the grieving process, ritual, religion, mental health and our rights in an age of ‘surveillance capitalism’, referencing their own experiences, philosophical writings and popular culture. The authors go on to address the long-term feasibility and consequences of different applications of AI, drawing on references from literature, film, Western philosophy and Greek mythology. They discuss consciousness and the boundaries between human and machine; the border between reality and fantasy and the potential consequences of their merging in an era of ‘fake news’; the concept of the self and justice; the right to forget as well as to be forgotten; the ethics of developing machines capable of feeling pain; and proprietary rights over ‘digital remains’.

Drawing on a broad spectrum of universal popular culture and philosophy, The Digital Soul has extensive international appeal. The book will tempt readers of Max Tegmark’s Life 3.0 and Nicanor Perlas’ Humanity’s Last Stand: The Challenge of Artificial Intelligence, while its unique approach to AI through the perspective of popular culture and the humanities distinguishes it from other titles in the field.

Moritz Riesewieck and Hans Block, both born in 1985, studied directing at the Academy of Dramatic Arts in Berlin and are rising stars of international documentary filmmaking. Their Emmy-nominated film The Cleaners premiered at Sundance in 2018 and caused excitement across the globe. It was shown at more than 70 international film festivals, as well as on the BBC, PBS and numerous other channels worldwide, and has won countless awards, among others the 2018 Prix Europe for best television documentary.