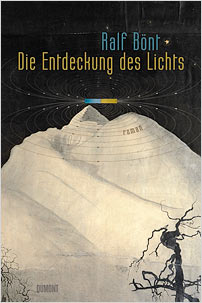 Ralf Bönt’s book is a splendidly enthusiastic, well-researched novel about the life, times, and work of the British chemist and physicist, Michael Faraday (1791 – 1867). It details his epoch-changing contributions to the study of electricity and electromagnetism, which will lead to the first working prototype of an electric motor, and his experiments on the magnetism of light, which will pave the way later for the development of electric lighting.

Faraday’s life had many characteristics of a rags-to-riches story. This fictionalised account begins with a prologue that depicts him middle-aged. Bent over his desk in pain and unable to concentrate because of toxic poisoning from mercury and lead, he struggles to write a letter to a female admirer. The narrative then follows a more linear form. Before his birth, Faraday’s impoverished parents move to London from Westmorland, in present-day Cumbria, where his father was an ironsmith, to seek work in the aftermath of a famine. Faraday receives basic schooling and finds work as a newspaper delivery boy, then as the apprentice to a bookbinder. Reading voraciously, increasingly obsessed with scientific discoveries and new experimental methods, he attends lectures, makes copious drawings of diagrams he sees there and is finally taken on as a laboratory assistant by the celebrated Humphry Davy at the Royal Institution.

A diminutive, taciturn man, whose apparently rude behaviour masks a shy, introverted, passionately thoughtful mind, Faraday travels with his employer throughout Europe, marries a fellow member of a Christian sect, called the Sandemanians, and eventually becomes a world-renowned experimentalist and inspiration to younger scientists such as Einstein and James Clerk Maxwell. The novel benefits from a well-drawn array of minor characters, including striking cameos of Napoleon and the young Friedrich Engels. The French Revolution, the American Wars of Independence and the 1848 European uprisings all add to the rich colour of the backdrop, while the heart of the book remains Faraday’s constant drive to improve the human spirit through his experiments, the ‘light’ of the title referring both to the literal light the scientist is working on and the light of the knowledge he strives for.

Written in unfussy prose, this is a respectful monument thrumming with appreciation for love of nineteenth-century Britain and its science. Faraday lies in a hidden corner of Highgate Cemetery, but it’s one many visitors the world over set out to find.

Ralf Bönt was born in Lich in 1963, and following an apprenticeship as a mechanic, studied physics at university. He has published a number of short stories, novels, radio plays and essays and the awards he has received for his work include the 3sat Prize and grants from academies and foundations throughout Europe. He lives in Berlin.