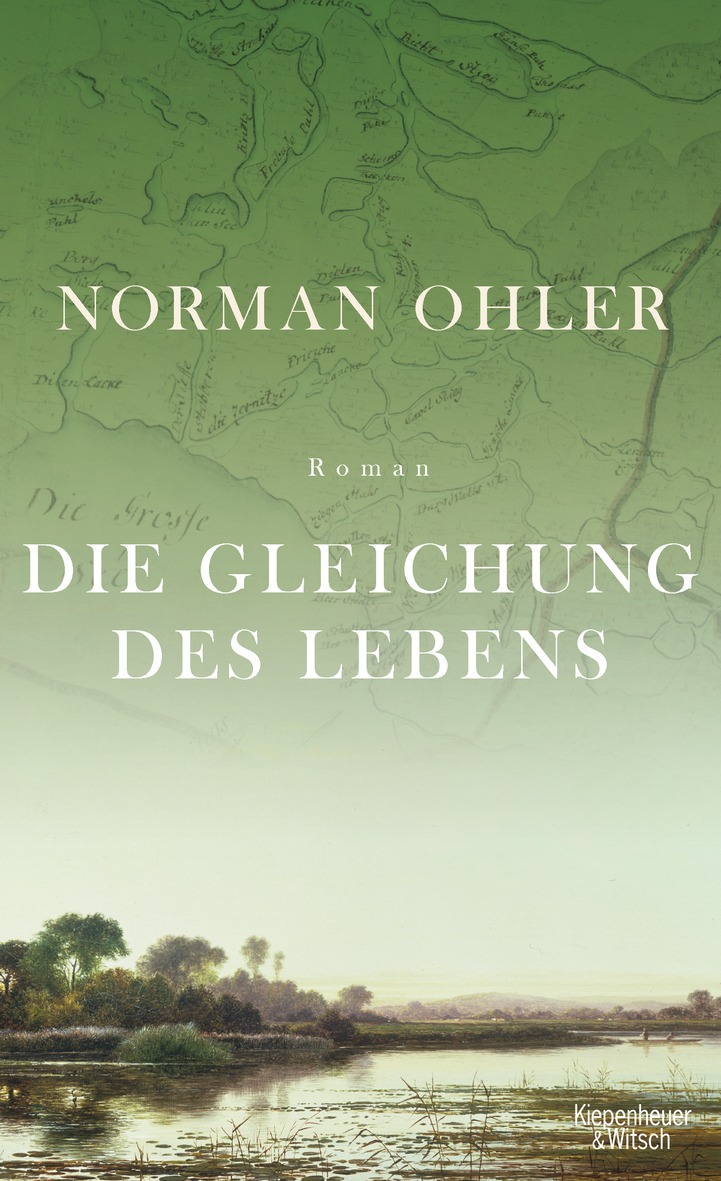 The Equation of Life is a historical novel about Frederick the Great’s pet project of ‘peopling Prussia’ by draining the marshlands surrounding Berlin. The novel marks Norman Ohler’s return to the literary scene following the runaway success of his non-fiction bestseller, Blitzed.

Frederick the Great’s chief achievement was to modernise Prussia, turning it into an economically competitive nation and introducing major social reforms. His dream project involved taming and repurposing nature by draining the swamplands around Berlin and turning the Oderbruch marshlands into fertile farmland settled by immigrant workers. Leonhard Euler, a Swiss mathematician, physicist and engineer, takes a position at the Royal Prussian Academy of Sciences in Berlin and is assigned by the king to the drainage project. The plot has three interconnected strands: Euler and his investigation; the court and Frederick’s plans for greatness; and the inhabitants of the Oderbruch, both those in favour of the project and those who oppose it.

The marshlands seem to exude a certain kind of magical charm that Euler, the stranger, observes with curious eyes. Moved by the ragged beauty of the wetlands, he begins to harbour doubts about the project. The native Wends are firmly set against the draining of the land and the building of more dykes and channels. They are deeply rooted in nature, living an archaic life dominated by pagan beliefs and traditions; for centuries, their livelihood has depended on fishing. The draining would mean substantial losses of territory, and so they put up a fight, forming a kind of resistance movement. A number of people working on the project die in mysterious circumstances but Frederick is not to be deterred. The king  wants eternal fame and greatness, and anyone voicing objections is bound to fall from grace.

The Equation of Life reveals a fascinating historical panorama as well as a mounting conflict between man and nature, modernity and tradition. The story is told in precise, clear language that is often poetic. There are rich descriptions of the nature in Oderbruch, as well as detailed accounts of the clothing and food, creating an authentic atmosphere. Frederick the Great’s grandiose project elicits intrigue and brings out the darker sides of human nature as well as showing the resistance of people who want to preserve their home but must inevitably fail when confronted with political and technological progress. This is an extraordinarily well researched and beautifully written book that will charm and delight its readers.

Norman Ohler was born in 1970 and attended the Hamburg School of Journalism, studying cultural studies and philosophy. He has been a freelance writer since 1993. Ohler’s debut Die Quotenmaschine was published in 1995 as the world’s first online novel. Other novels include Mitte and Stadt des Goldes. His first non-fiction book, Der totale Rausch: Drogen im Dritten Reich (Blitzed: Drugs in Nazi Germany) was acclaimed in the media and academia, and has been published in twenty-six countries. The English translation reached #15 on the New York Times bestseller list.