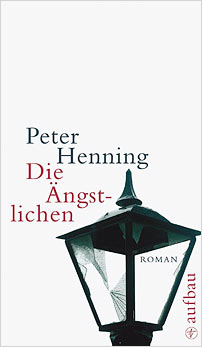 Johanna Jansen, seventy-eight years old and physically as well as mentally in good shape, has decided to move to a retirement home. It is her wish to tell her family of her decision at a gathering at her house in Hanau. However, in the weeks between Johanna’s decision and the family occasion, life becomes increasingly difficult for all its members: Helmut, Johanna’s eldest son, fears that he has got cancer of the bladder, Ulrike, her daughter, is experiencing a difficult time with her husband, Rainer, and Konrad, her youngest child, has escaped from a psychiatric ward, breaking his leg while doing so. On top of the hardship that her children face, Johanna is told by the police that her spouse, Janek, who had not returned home for some days, has probably committed suicide – even if his body has not yet been found. Things turn out to be even more complicated when Janek, presumed dead, contacts Ben, Helmut’s son, to help him pay a debt of 90,000 Euros. Ben’s girlfriend Iris, who works at a bank, helps Ben albeit reluctantly, and manages to steal the money without being caught. But this criminal act puts a strain on their relationship and complicates the ties between Ben, Janek and the rest of the family.

Set in the towns of the Main valley, the novel explores the timid, narrow-minded world of the Jansen family, a group incapable of recognizing each other and addressing fundamental, human issues or the specific problems faced. The anxious mood is reflected by the series of thunderstorms that rumble through the valley. The climax is reached at Johanna’s family gathering, turned into a bitter reckoning by Helmut. When Johanna is ultimately driven to commit suicide – only to be found by Janek – the family is standing on the edge of an abyss. Konrad alone, freed from the psychiatric ward and its medicines, embraces life and his newly regained liberty.

It is the author’s achievement in this eagerly awaited book to have found an adequate language to express the world of paralysing anxieties in a family saga set over a few weeks rather than several decades. The novel addresses the notion that decline is inevitable and offers an original take on the issue confronting the German Republic today.

Peter Henning was born in 1959 and has worked for over twenty years as a journalist for various German and Swiss newspapers, magazines and radio. His novels and short stories have received various prizes and have garnered praise both from reviewers and from fellow writers. This is his much-anticipated new novel on which he has been working for the past five years.