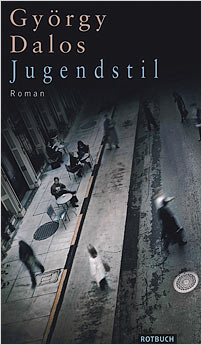 Here is an all-too-accurate picture of adolescence, evocatively drawn and often with a dark wit, but in an unusual situation, the conditions being those of ‘really existing socialism’ in a 1960s grammar school in Budapest. The narrator and protagonist, Robi Singer, is now a respected art historian in Vienna. But then he was a schoolboy and an enthusiastic young Communist. The school has been given the privilege of starting a youth club – the Gagarin Club – which will soon have its launch night. He is also in love with a girl in the form below him, Ilona Fenyvesi, the daughter of a surgeon. The first kiss has been postponed but Ilona tells him yes, now, tonight, it can take place. They slip off to an empty classroom, the lights go out, and when they come on again coats and jackets have disappeared. Suspicion falls on Robi, but how can he exculpate himself without compromising Ilona? Years later a disreputablelooking man, who was once a brilliant mathematician and a pupil at the same school, accosts him and thanks him for not having informed on him. But Robi has lost his girl long since. Ah, not so happy days! Be warned: once tasted, the appetite for Dalos grows.

György Dalos was born in Budapest in 1943. Today he works as a freelance author in Berlin. His awards have included the Adelbert von Chamisso Award of the Bavarian Academy of Fine Arts in 1995 and the Goldene Plakette of the Republic of Hungary in 2000. To date his books have been translated into eleven languages.

Rotbuch Verlag is a small independent publishing house founded in Berlin in 1973. After changing hands and locations in the 1990s and at the start of the new millennium, it returned to its original home city in 2007. From its beginnings Rotbuch was home to both popular and literary fiction, drama and poetry as well as non-fiction titles with a strong emphasis on political issues, particularly with a left-wing slant. With its new hard-boiled crime label Hard Case Crime Rotbuch has been concentrating particularly on foreign as well as German-language crime fiction. Its authors include Birgit Vanderbeke, Heiner Müller, Hannah Arendt, Franz Xaver Kroetz, Mickey Spillane, Jerome Charyn, Peter Weiss, Gunter Gerlach and Nobel Prize winner Dario Fo.