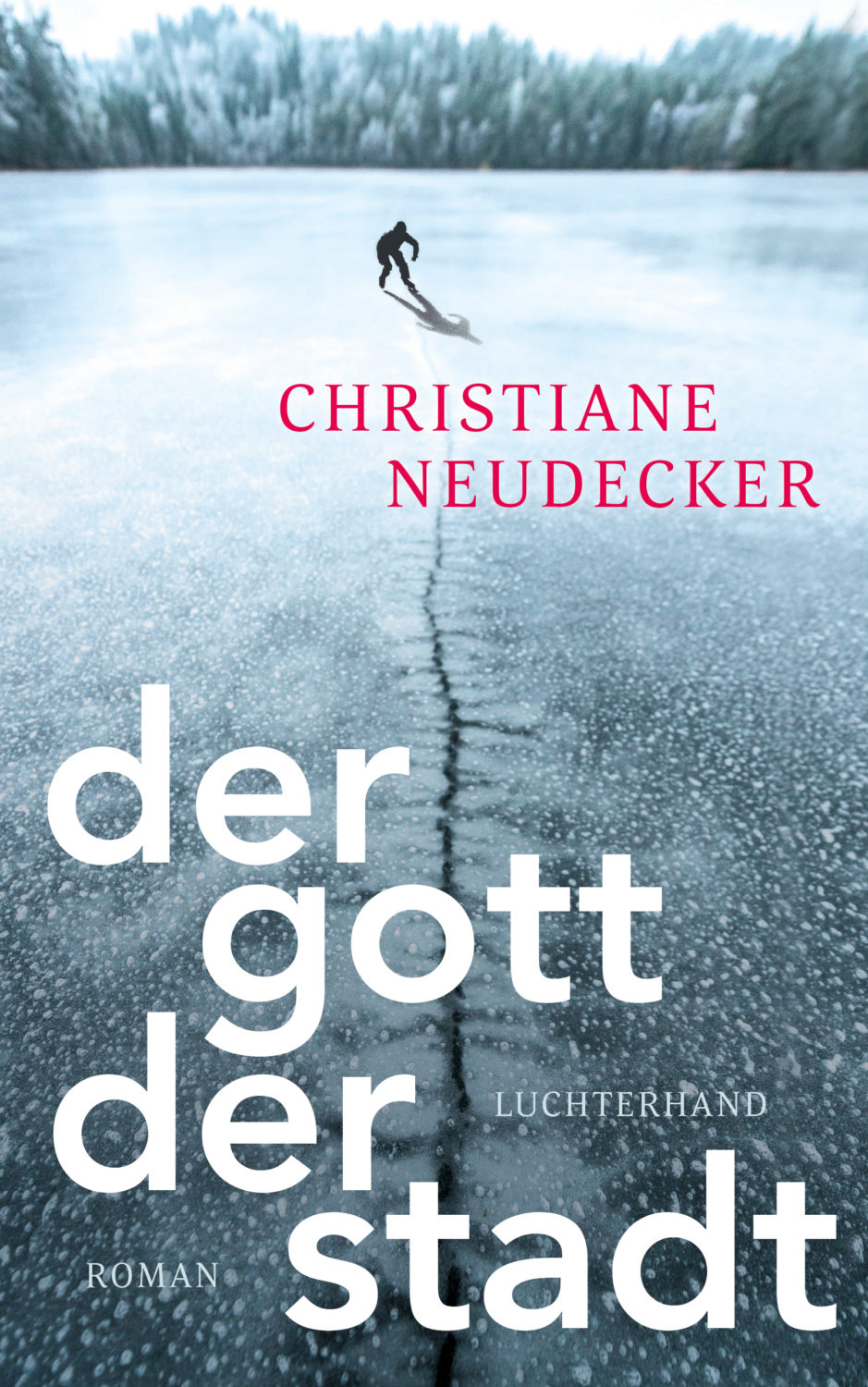 The God of the City is a tightly plotted and highly literary novel rooted in one of modern Germany’s most fascinating times and places.

In newly reunified Berlin, a group of bitterly competitive drama students are to stage an obscure version of Faust – but we know from the beginning that one of them will die. Christiane Neudecker’s latest novel is a gripping read replete with frozen lakes, techno, Trabis, Nazis, Satanists, Stasi prisons, asylums, coal stoves, Catholic retirement homes and hallucinogenic tea, as well as a narrator who only gradually reveals her unreliability.

Five students start the prestigious theatre directing course at the fictitious Erwin Piscator School of Drama in mid-nineties Berlin: narrator Katharina from small-town south-west Germany, French villager François, cool kid Schwarz who would rather direct films, brooding Polish Tadeusz, and the attractive actress Nele. Almost all of them worship their charismatic teacher Brandner, a legendary director with a reputation to protect, and they leap at the chance he offers to stage an unfinished Faust fragment written by the expressionist poet Georg Heym. They are each given a section to work on and, competing for Brandner’s attention, set out to find their own approach.

As we learn more about the characters, the tension intensifies. The group sneaks into the school to rehearse in secret over the winter holidays. We know from the prologue that someone will end up hanged on stage, but we don’t know who, or what the consequences will be. François hopes to summon the devil for real in his staged midnight séance and laces the group’s tea with hallucinogens. But Schwarz is already on drugs and suffers an overdose. Katharina, wearing the devil mask, strings up François almost incidentally with Tadeusz’s help, then they rush Schwarz to hospital. Nele, who has stayed at home with her child and misses most of the action, has to break the ‘news’ of François’ death to the others. But careful readers will realise that the ‘suicide note’ François sent to his family was forged by Katharina, heaping blame on the pressure of studying at the demanding drama school. The school comes under scrutiny, Stasi informants are revealed, and it is closed down. Brandner looks to all the world like the cause of his student’s death.

While the writing is beautifully literary with subtle allusions to Heym’s poetry, it draws its power from the contradictions and clues skilfully sown throughout the novel. The taut framework is reminiscent of Donna Tartt’s The Secret History.

Christiane Neudecker, born in 1974, studied stage direction at the Ernst Busch college of performing arts and is now a freelance writer and director in Berlin. She has received a number of prizes for her novels and short stories, and her recently published ‘Summer Novella’ made it onto the Spiegel bestseller list and was the NDR broadcasting Book of the Month. Her new novel, ‘The God of the City’, has already been awarded a number of prizes, including by the German Literature Fund and the Berlin Senate.