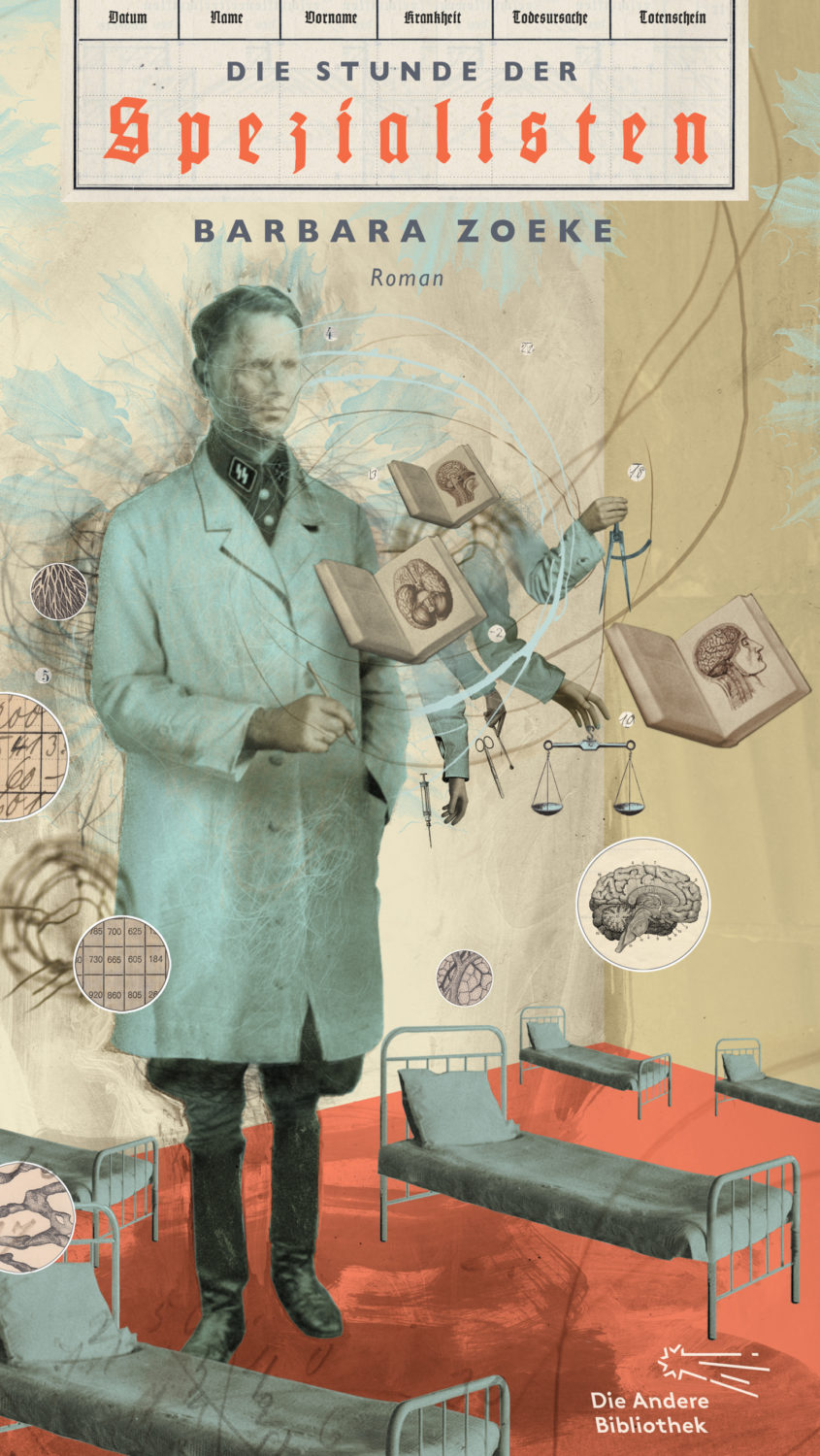 The Hour of the Specialists spans the whole Second World War period, with some flashbacks to the years prior. Zoeke’s writing reflects her extensive research into the psychology of Nazi-era war criminals, as well as the effects their crimes had on their victims. The novel follows the fate of a Classics professor, Max Koenig, interned in a medical facility due to a genetic disorder of the nervous system and eventually executed. The narrative is split between three different narrators, enabling the reader to experience multiple historical perspectives and thus gain insights into the psychology of the victims, perpetrators and bystanders of the eugenics programmes.

Some of the most compelling as well as disturbing sections of the novel are narrated by the chief doctor at one of the hospitals that served as an execution site for patients deemed ‘unhealable’. Troublingly, Dr Lerbe’s perspective seems devoid of fanaticism: the inhumane acts he carries out are justified in his eyes. Lerbe matter-of-factly details his day-to-day operations, including the arrival of a busload of patients for whom Lerbe invents fictional causes of death before sending them into the gas chamber. He endeavours to frame his actions as merciful, convinced that he is helping to create a healthier, ‘purer’ German people. Zoeke’s measured prose in these sections is chilling, and all too relevant to contemporary political debates around the ownership of nationality and culture.

Koenig’s and Lerbe’s stories intersect when the doctor recognises the patient Koenig as a distant relative whom he had met at a family wedding several years previously. He unflinchingly comes up with a cause of death, a lung infection, before dispatching him to the gas chamber. Lerbe looks into the chamber through a one-way mirror, but cannot bring himself to watch Koenig die. Zoeke’s novel takes readers on an emotional journey into the life and death of Max Koenig, a beautifully-rendered character whose final moments in the novel are heart-breaking. The Hour of the Specialists is an impeccable account of an appalling dimension of Nazi policy that has received relatively little attention in literary fiction, and deserves to reach a wide audience.

Barbara Zoeke grew up in Vogtland in Thuringia. She trained as a psychologist, has conducted research in the USA, and for many years was on the board of the International Society of Comparative Psychology. She researches and teaches at the universities of Münster, Frankfurt, Würzburg and Munich. In addition to her scholarly work she publishes narrative prose, poetry and non-fiction. Barbara Zoeke has lived in Berlin since 2008.