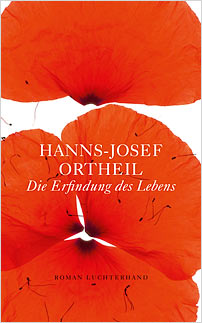 This deeply sensitive and original book traces the development of a child silenced by trauma into a successful and well-loved author, for whom words are at the core of his being. The largely autobiographical tale begins in the early childhood years of Ortheil’s fictional alias Johannes in the 1950s, years that are spent largely in silence. Johannes’ mother has lost the ability or will to speak after some traumatic events in the past. Her emotional vulnerability and isolation affect him strongly, in turn making him mute and so introverted that he is often taken to be mentally challenged.

The turning point is reached when Johannes must leave his mother’s side to start school. With no language and only stunted emotional development, his first weeks are disastrous, and his father decides to take radical steps to rescue him. His remedy is twofold: to bring his son to the countryside where the family was originally from, and to separate him temporarily from his mother. The plan is a success and Johannes slowly begins to develop into his own person. He becomes a gifted pianist, moves to Rome and finally emerges as the author that Ortheil is today.

This main storyline is interwoven with a contemporary narrative which comments on the text as it unfolds and tells of the events surrounding the writing of the childhood narrative. The older man’s internal reflections on his youth and its significance are thus juxtaposed with the external story of his life in Rome.

Ortheil’s descriptions become mesmerizing and jubilant, especially in his depictions of music and piano-playing. And since the story of Johannes’ life is very much a story of the development of language, every word counts and Ortheil often succeeds in sharing with the reader the sense of mystery and power and otherness that surround words in Johannes’ world. It is a fascinating journey that follows the boy as he struggles to define a language that he must tame before he can learn to use it, first as a reluctant ally and later, in his career as a writer, as an intimate friend and partner.

The core of the book, which consists of family bonds that both make and break you, the struggle to grow up and the search for an identity, will make this moving story a treasured experience for many readers.

Hanns-Josef Ortheil, born in 1951, is one of the most important contemporary German authors and has received many awards for his work, among them the Brandenburg Literature Prize, the Thomas Mann Prize of the City of Lübeck and the Nicolas Born Prize. He is professor of creative writing and cultural journalism at the
University of Hildesheim.