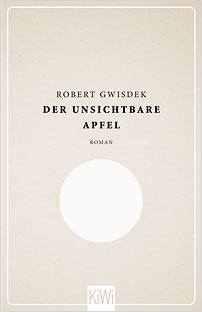 Robert Gwisdek’s fascinating debut follows the travails of Igor as he struggles to make sense of the world. Igor is a strange child who, at the age of five, realises to his astonishment that he exists. Unsure what to make of his existence, Igor tries to communicate with the universe and to impose some sort of order on the world by compulsively sorting things: hair bands, nails, bottle caps, chestnuts, even the boxes he sorts things into.

As a young adult Igor has a brief, romantic relationship and is devastated when this ends abruptly. Numb and withdrawn, Igor acts on a longstanding idea to try spending one hundred days in a room without light. He experiences fantastical, mathematically-inspired visions stemming from his altered mental state and keeps thinking he can hear knocking and people talking about a trial. He initially dismisses this as a figment of his imagination, but on the eighty-first day the door is broken down and men force him into a wheelchair. He realises that a trial really is about to begin.

The Invisible Apple is a delightfully philosophical, life-affirming book which highlights both the bleak isolation and the magic of human existence.

Robert Gwisdek dropped out of school and began working as an actor. He writes lyrics for the band Käptn Peng und die Tentakel von Delphi, for films, and writes and edits music videos and short films. He builds furniture and would like to stage dance performances. He’s from Berlin, but travels a lot.