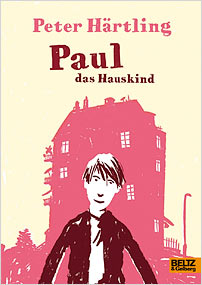 This is a thoroughly charming novel for girls aged eight to ten. The language is playful, the tone upbeat, and the story is supported by beautiful illustrations which fully reflect the easy charm of the narrative and its characters.

The Little Lady tells the story of eight-year-old Lilly and a diminutive lady with magical powers who lives in the garden of her new house. Lilly brings a camera home from school one day, but her parents are too busy to show her how to set it up. In annoyance she decides to run away and goes out to the large, partially overgrown back garden, forbidden to children by the grumpy caretaker. Pushing through a prickly hedge, she comes across a tiny woman in safari gear who lives in a secret part of the garden. The woman can not only sort out cameras, but also speak numerous languages (including ‘Backwardish’, ‘Forwardish’ and animal languages) and become the colour of her surroundings by holding her umbrella’s handle, which is a living chameleon. The two become firm friends and spend their time going on safaris (‘salafaris’) in the garden together.

Needless to say, when she describes what she has been doing and with whom, her parents do not believe her. The caretaker, however, sees both Lilly and the little woman and is furious at their use of the garden he regards as his own. Eventually he locks them in and even tries to cut down the hedge behind which the little woman lives hidden. In response she musters all the animals she knows, who attack the caretaker, diving at him and covering him with bird droppings. As camouflaged as chameleons, she and Lilly then grab the hedge trimmer and pull it away out of sight; the caretaker, already confused by the concerted attack of the animals, feels he is going quite mad when he sees his ‘perfectly proper’ hedge trimmer ‘which doesn’t do things like this’ disappearing under its own steam and forgets what it was he was trying to do in the first place. So Lilly and the little woman save the garden and their secret. And Lilly’s parents also finally meet the little woman who comes to explain herself and Lilly.

Taschinski’s new book for younger readers skilfully balances morality with joviality, magic with the need to work to achieve what you want. A real winner that will delight a young audience with a firm belief in fairies and godmothers.

Stefanie Taschinski lives in Hamburg with her husband and two daughters. In the past, she exclusively wrote scripts for the evening programme of the main TV channels. The Little Lady is her first children’s book – but certainly won’t be her last!

Arena Verlag was founded in 1949 and is one of the most important publishers of books for children and young adults in Germany. They publish a broad range of titles in their fiction and non-fiction lists, including titles for all age groups – from toddlers to young adults. Arena was the first German children’s books publisher to start a paperback programme in 1958. Arena books have won numerous awards and been translated into many languages. They are also the German home of such internationally renowned authors as Cassandra Clare, Roderick Gordon and Brian Williams, Tove Jansson, Steve Augarde, Neil Gaiman and Jo Nesboe.