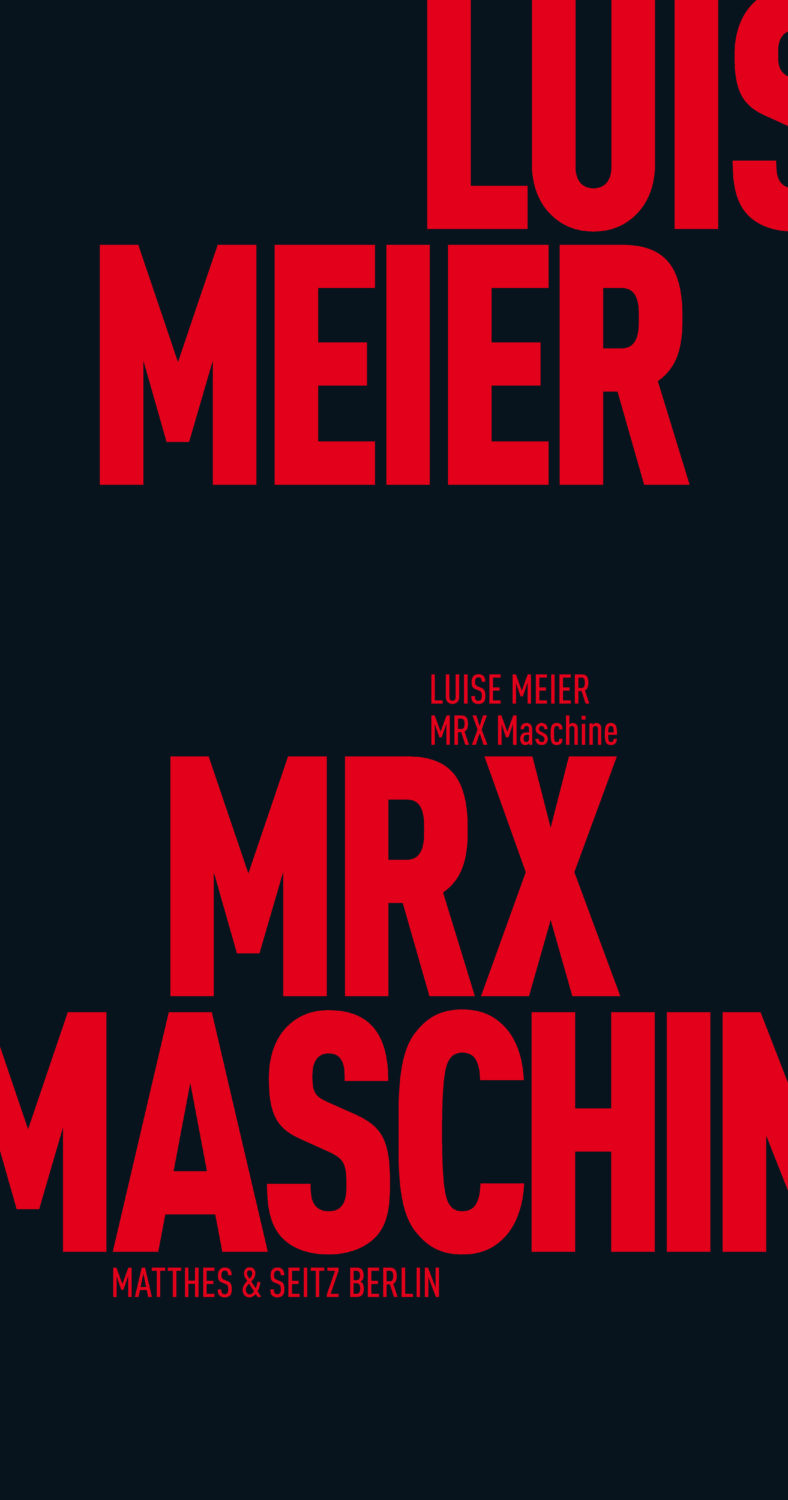 Luise Meier’s first book is an anti-capitalist manifesto for the twenty-first century. Playful, irreverent and iconoclastic in tone, The M_RX Machine starts out by announcing its ‘necrophiliac’ intent to rob Marx’s grave and breathe new life into his ideas. Meier seeks to challenge existing Marxist theory by offering an engaging plurality of ideas, in the hope of instigating rebellion. She calls this attempt the ‘M_RX machine’ – the missing ‘A’ pointing to her central goal of rewriting Marxist ideology.

While drawing on feminist and anti-capitalist discourse from the English-speaking world, the book also makes reference to elements of German history and explains how they helped shape modern capitalism in Germany. Meier examines how capitalist mechanisms of oppression are employed in the sphere of politics and governance and makes some exciting and prescient observations, particularly in relation to the way technological innovations can be employed to quash dissent.

The book’s engaging style and skilful illumination of interconnected issues establish Meier as an exciting new voice, likely to chime with other thinkers of her generation in the English-speaking world, such as Laurie Penny.

Luise Meier was born in 1985 in East Berlin and works as a freelance writer and waitress. She studied philosophy, social and cultural anthropology and cultural studies in Berlin, Frankfurt (Oder) and Aarhus. The texts she wrote for the Berlin Volksbühne theatre can be found online at www.volksbuehne.adk.de