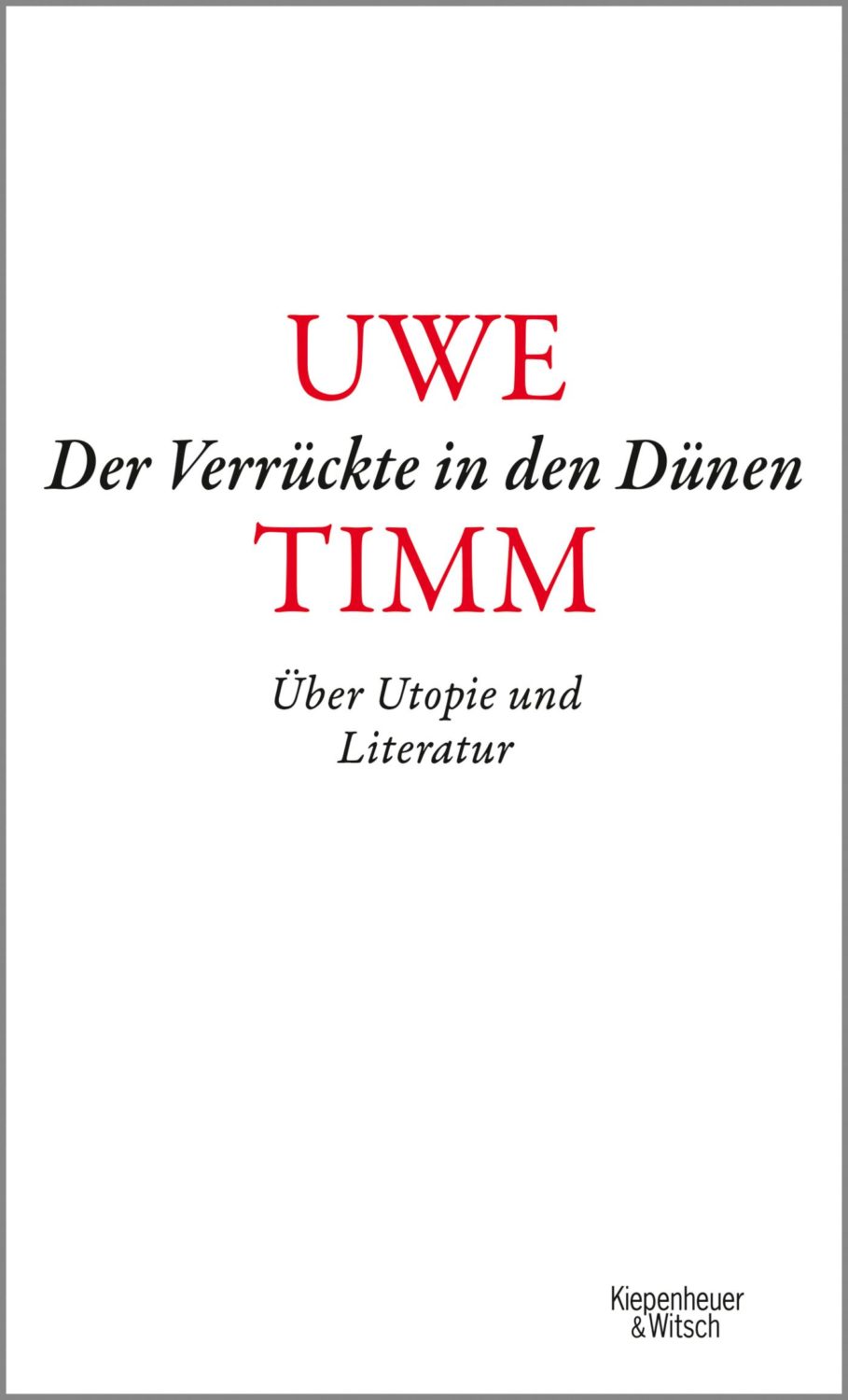 Renowned German fiction writer Uwe Timm, who turns eighty this year, channels his gift for storytelling in new directions in this perceptive and wide-ranging book on the concept of utopia.

The Madman in the Desert is a work of novelistic non-fiction that presents reflections on utopia, dictatorship and what it means to be happy. These contemplations are presented through the lens of the author’s travels in Argentina and Paraguay in Timm’s simple yet elegant prose. Timm recounts episodes from the histories of these countries and considers canonical literary and philosophical works on utopia alongside his own life experiences and modern developments in technology and society in order to debate whether utopian models contain an inherent tendency towards dystopia.

In the book’s opening chapter, Timm tells the tale of Carlos Gesell, a German émigré to Argentina who buys a piece of coastal desert and attempts to establish a beach resort, apparently against all odds and with a dedication that outlasts several employees and his wife. Although he has financial ambitions, he is primarily motivated by a utopian vision of the type of society he wants to create. To an extent, this vision is realised: after years of failures and extraordinary effort, including an attempt to tar over the shifting sands, Gesell manages to plant acacias, pines and grasses in the dunes, turning the barren land into the foundations of a settlement. Fast-forward forty years to the 1970s, and the author is on holiday in the now heavily built-up, popular Argentinian tourist destination Villa Gesell, the physical actualisation of the founder’s dreams, even if the society that lives there does not necessarily embody his original ambitions.

The following chapters describe other political and imaginary situations in which a particular vision of utopia shifts, seemingly inevitably, into dystopia and dictatorship. Timm manages to unify his extensive subject matter and to pique his readers’ curiosity about the places and events he touches on, as well as to reflect on tensions between potential, perfection and repression in many aspects of life.

The Madman in the Desert weaves a broad array of topics into a rich and unique tapestry of memoir, history and reflections on utopia, dictatorship, art, life, freedom and fantasy. While the book is guaranteed to appeal to readers already familiar with Timm’s fiction, its universal themes and compelling writing style mean it will speak to a wider audience.

Uwe Timm was born in Hamburg in 1940 and lives in Munich and Berlin. Kiepenheuer & Witsch has been publishing his work since 1984. Timm has received several prizes – most recently the Schiller Prize (2018), the Carl Zuckmayer Medal (2012) and the Heinrich Böll Prize (2009).