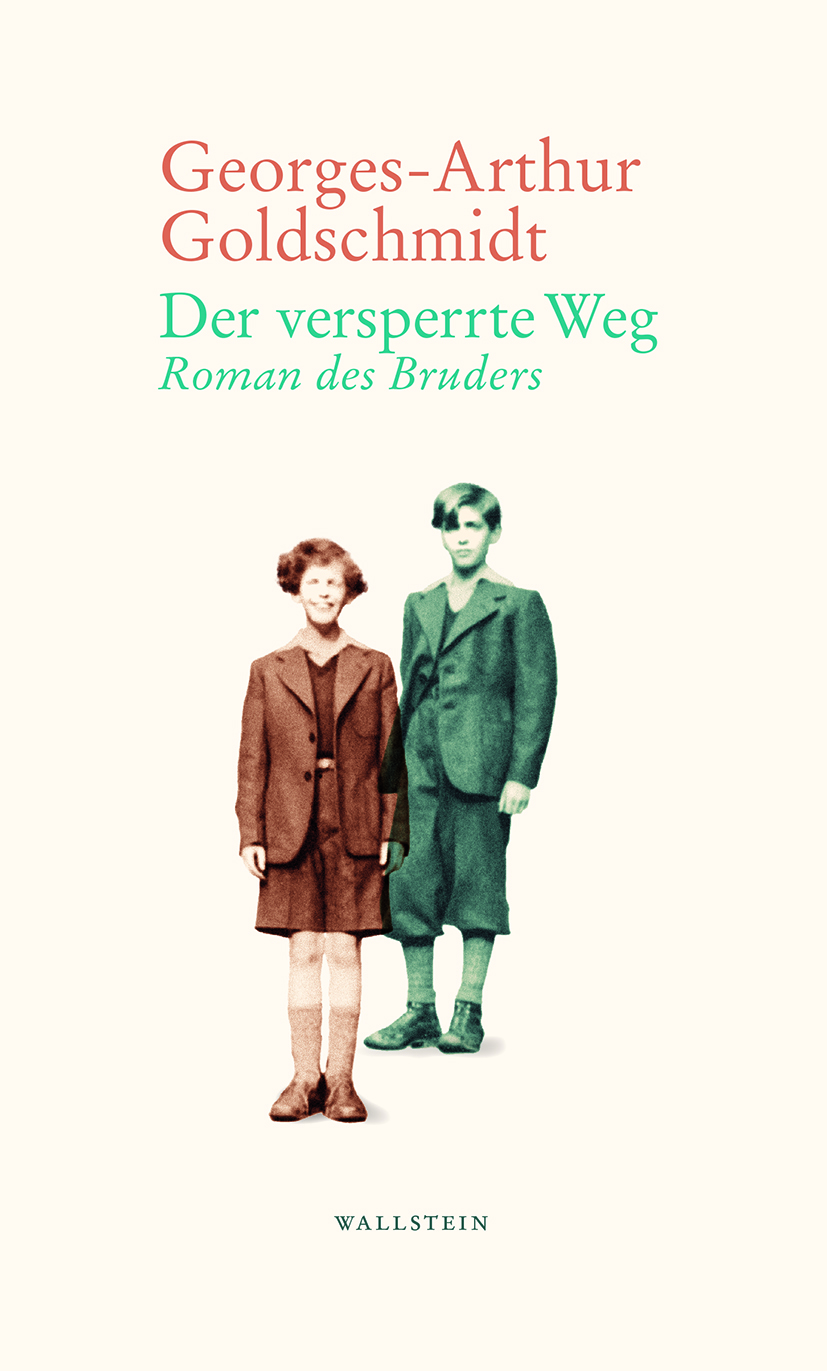 In this slim, unusual and hauntingly written fictionalised memoir, Georges-Arthur Goldschmidt, now aged 93 and ‘a French author of German origin’, tells the story of his older brother, here called Erich, with the book becoming a poetic account of Erich’s life, and a kind of apology for the author’s own.

The affluent secular-Jewish Goldschmidt family enjoy a pleasant life in Hamburg until the Nazi takeover. Their older son Erich’s even tenor is disrupted by the arrival of an over-sensitive and petulant younger brother –the author– who is careless with Erich’s toys. Because of their Jewish origins, the two boys are sent away, first to Italy, then to a grim boarding school in Savoie with very few frills. Erich runs away in 1944 to join the Résistance, leaving his brother behind. He seeks refuge with a French pastor who supplies him with arms and ammunition, and embarks on a heroic odyssey, sleeping under the stars and taking part in the liberation of Paris and Alsace. He builds a successful military career, ultimately becoming a major in the French colonial forces in Algeria, and afterwards works at the Crédit Agricole bank.

Told from the point of view of the older brother, the story is also an affecting account of the vexed relationship between the two brothers. Half-way through, events are interrupted to discuss the meetings between the two in real life, once in 1947 and again in the late 1970s ‘when it finally became possible to shake off a bad conscience out of sheer reparation’. ‘Germany had become affluent, and was able to “engage” with the past.’ The irony is bitter and almost undetectable as the text moves between childhood memoir, adventure story and a meditation on the past, on guilt and on atonement.

Goldschmidt is the recipient of the Nelly Sachs Prize, the Goethe Medal, the Joseph Breitbach Prize and the Prix de l’Académiede Berlin and his books include Der Unterbrochene Wald and Vom Nachexil. In The Obstructed Path, he has produced a highly original work, an empathetic re-narration of a life. His striking, quiet and elegiac writing tells an extraordinarily heroic story that has acquired almost mythical status in his reflection over the decades.

Georges-Arthur Goldschmidt was born in Reinbek in Hamburg in 1928 and emigrated to Italy as a child, later living in France.

His extensive body of work has won numerous awards, including the Nelly Sachs Prize, the Goethe Medal, the Joseph Breitbach Prize and the Prix de l`Académie de Berlin.