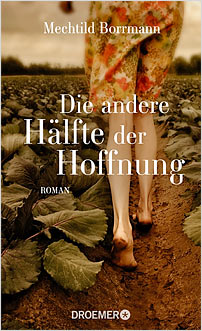 In present-day Ukraine a number of young girls have disappeared without trace. A special police unit is set up and the search for the missing girls soon leads to a trafficking trail – the girls were forced into prostitution in the Netherlands after travelling to Germany to work and study. As detective Leonid Kyan’s investigation hones in on a number of powerful Ukrainians it becomes clear that he must battle the corrupt establishment, including other members of his own group, with at least as much determination as the traffickers.

The most intriguing section of the novel is narrated by the mother of one of the missing girls and provides a pensive backdrop to the rest of the action, linking the various characters in unexpected ways. Walentyna lives a destitute, largely uneventful life in the alienation zone around Chernobyl. In a letter to her daughter she tells of her life in Ukraine during the last decades of the Soviet Union, describing the luxurious, newly constructed city of Prypyat, built to serve the nuclear plant across the lake, and the disaster that struck in April 1986. Borrmann’s seamless novel stands out amongst its competitors for its novel subject matter, and makes for an original, fascinating read.

Mechthild Borrmann was born in 1960 and spent her childhood and youth on the Lower Rhine. Before she turned to writing, she worked in the food service industry, and as a dance and theatre pedagogue. Her crime novel Wer das Schweigen bricht became a bestseller and was awarded the German Crime Fiction Prize 2012. Mechthild Borrmann lives in Bielefeld, where she works as a freelance author.