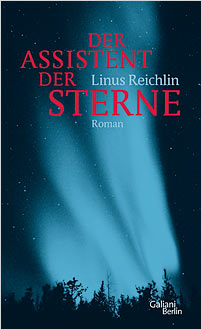 Ex-Inspector Jensen has settled into a quiet life in Bruges, his early retirement from the force allowing him to concentrate on his own passions and interests. One of these passions is Annick, the lady with whom he feels he could fall passionately in love if only she would let him. But her independent spirit, all the more fiercely defended on account of her blindness, keeps him at arm’s length, and this although she is expecting a baby conceived on the one night they did in fact spend together. Equally mysterious and fascinating to him is the world of physics, and when the professor of his evening course invites him to a seminar in Iceland, he hesitates – but only for a moment. Once there, his plans for a gentler life are thrown off-kilter by the strange arrangement of the seminar – which involves survival in the frozen wilderness – and a regrettable one-night stand in Rekyavik that will leave scars even deeper than those of the bite the dark beauty inflicts.

Back in Bruges Jensen finds himself drawn into a death and impending murder involving all the characters from the seminar including Annick’s best friend, in an exciting dénouement replete with kidnappings, tropical waters and plenty of musings on physics.

Linus Reichlin was born in 1957. After long stays in Southern France, Italy and Canada, he returned to Switzerland and began to write journalistic pieces, for which he was awarded with Die Zeit’s Ben Witter Prize in 1996. His first novel, Die Sehnsucht der Atome – which introduced Inspector Jensen to readers for the first time – was on the crime bestseller list for months, and won the German Crime Fiction Prize in 2009. He divides his time between Berlin and Zürich.

Galiani Berlin is the new imprint under the roof of Kiepenheuer & Witsch, established by Wolfgang Hörner and Esther Kormann - the creative minds behind the programme. Each season around six to eight books will be published – a mixture of literature, classics and narrative non-fiction in hardcover format only. The imprint is named after Ferdinando Galiani: a true genius who was interested in everything around him, innovative, unpredictable and never boring. This reflects the path that Wolfgang Hörner and Esther Kormann wish to follow with their new imprint. Galiani’s first titles will be published in September 2009.