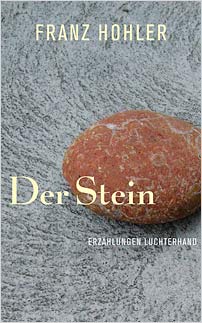 This refreshing collection of entertaining and witty moral stories offers pause for thought over the paths taken by our lives and our attempts to make sense of them.

Some stories clearly nod in the direction of Kafka. In ‘Smokers’ Corner’, a desire for a quick cigarette sends a smoker on a mysterious trail through a literal and metaphorical bureaucratic maze that is, we are led to believe, destined to change the course of his life. Other stories show elements of magical realism: in ‘The President’, the head of state in an unnamed, unstable country has his life saved, but in the process radically altered, by a stray cat that mysteriously attaches itself to him as a kind of talisman; after reading ‘The Itch’, the reader is left asking, what if itching did spread and threaten to bring the entirety of human progress to a halt? ‘An afternoon with Monsieur Rousseau’ is an entertaining one-sided dialogue between an eccentric art and music teacher and his sickly young pupil, the teacher eking out a living on the edge of respectable society.

‘The Border’ and ‘Bianca Carnevale’ are more conventional, well-paced narratives. The first traces the fate of a lone soldier patrolling the border between North and South Korea early one morning; and the second tracks the life of a musician determined to achieve lasting global success on her own emancipated terms – not as a feted European concert performer, but as a nun who organises a sing-in to protest against the flooding of a valley in Latin America. The collection’s interlocking themes of consequences and chance moments, however, are most strikingly conveyed in the closing, eponymous tale ‘The Stone’. This narrative stretches right back to the dawn of time, when the earth’s rocky crust was formed, through to the brief moment when a fourteenyear old boy seeks a quick thrill by joining in civil unrest on 1 May, picks up a stone and accidentally hits a girl on the head with it. The third-person narrative remains neutral and detached, reflecting on the universal laws of physics and physical geography.

The collection centres on the line between the real and the imaginary, the realistic and the fantastic, and manages to do so in a pithy, often humorous way. This humour, and its faintly ambiguous moral undercurrent, make it an intensely pleasurable and thought-provoking read.

Franz Hohler was born in 1943 in Biel, Switzerland. He lives in Zurich and is considered to be one of the country’s most prominent revue performers and writers. Franz Hohler has received numerous prizes, among them the Kassel Literary Prize for grotesque humour in 2002.