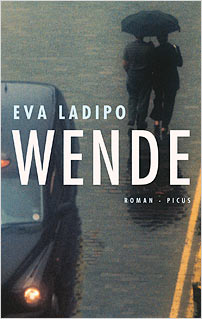 Eva Ladipo’s thrilling debut deals with specifically German themes – such as the fall of the GDR and German energy policy – from a genuinely international perspective.

The Survival Artists begins with a kidnapping and the theft of a USB stick. The victim is murdered in such a way as to make it look like a suicide. Then the action shifts to the nuclear energy company where the deceased worked, and specifically to his former colleague, René Hartenstein. René is concerned about the death of his friend but even more so about the loss of his job when the company closes down following a change in German energy policy. Yet he is resourceful – a ‘survival artist’ – and begins to pursue leads about his colleague’s death with a view to finding himself another job. This cynical approach leads him to a strategic investment genius in the City of London with a very murky past. In spite of himself, René keeps raking up the past while simultaneously falling under the spell of this older woman. Eventually the pieces fall into place and we come back to the death with which the novel opened. René is left with a choice to make …

Ladipo is a master of literary suspense and this superbly crafted novel is packed with finely tuned moral ambiguity.

Eva Ladipo was born in 1974 and studied Political Science at Cambridge University. Her dissertation about the Russian fiscal system earned her a PhD. She has worked as a journalist, first for Frankfurter Allgemeine Zeitung and more recently for The Financial Times. She lived in Russia and Colombia for longer periods of time and now lives in London, England, with her husband and her two children.