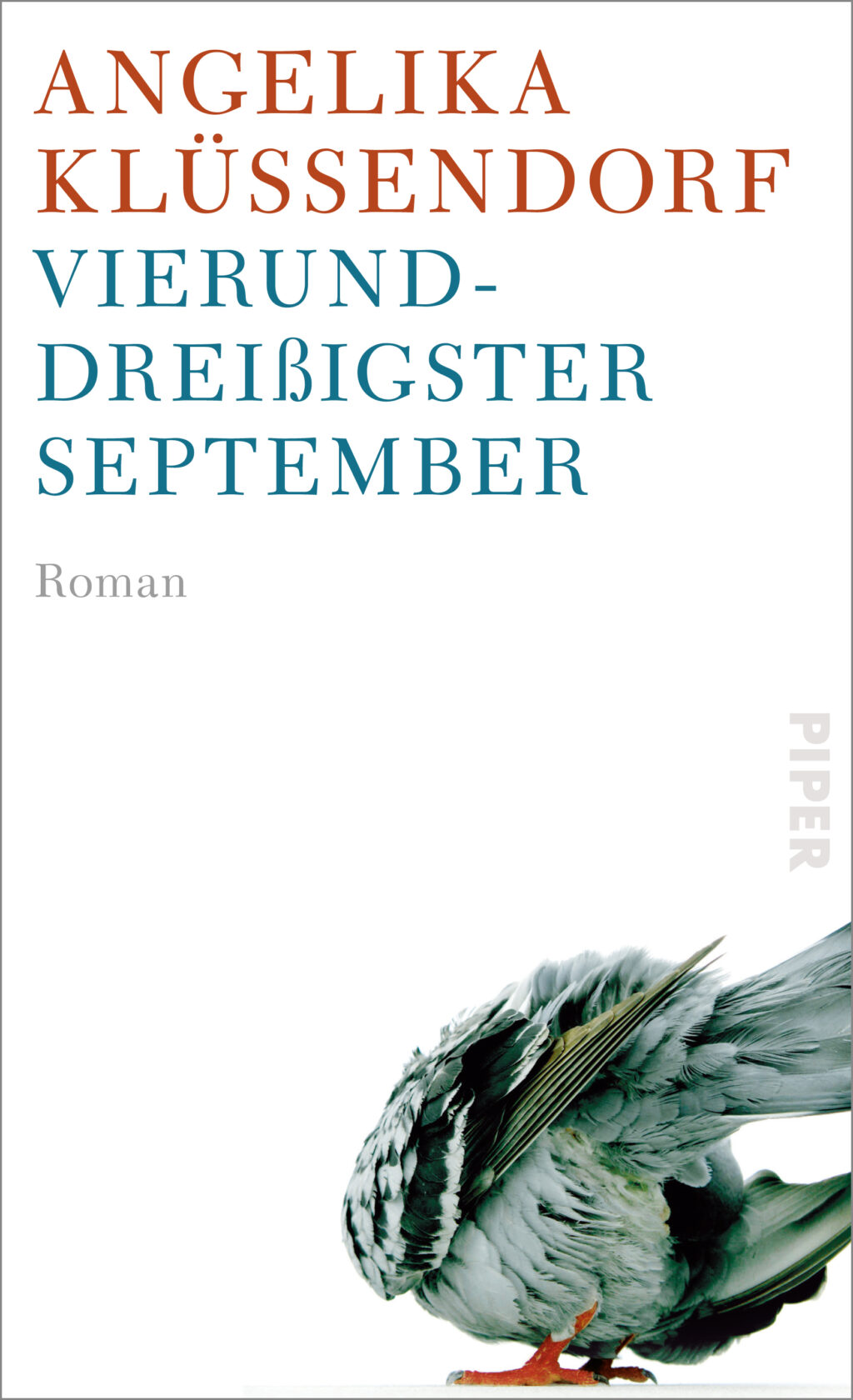 Angelika Klüssendorf infuses humour, melancholy and the surreal into this inventive and astutely observed novel. Building up a mosaic of (mostly) everyday lives, The Thirty-Fourth of September grapples with questions about the lives we lead and the stories we tell ourselves.

Walter has been rageful for decades. When at the beginning of the novel a brain tumour causes him to become suddenly mild-mannered, his long-suffering wife Hilde unexpectedly takes an axe to his head, killing him before disappearing from the village.

Walter joins the local dead, in a playfully depicted afterlife that lays great value on storytelling. Bound to the village, the dead watch over the people they have left behind. (Freud is also amongst the dead, dispensing psychological wisdom.) The latest villager to die becomes the “reporter”, tasked with chronicling village life – this is now Walter’s role.

Although, according to some characters, the village smells of stasis, Walter and the reader see that it is in flux, and we dip into the lives of different villagers. Their perspectives are intercut with Walter’s – the only voice narrated in the first person – as he begins to understand the rules of the afterlife.

Wolfgang, the organic farmer, obsesses over the murder, questioning where Hilde might be now and which of the other villagers might have helped her. He suspects the entire village. Meanwhile, Skater Girl, with whom everyone is in love, leaves her ambivalent family behind to travel the world; she sends a young Indian man, Krishna, to temporarily replace her in the village. Steven Spielberg writes to another of the villagers, Hubert – he wants to make a biopic about her father – and eventually visits, staying for a precise 54 minutes.

Two newcomers attempt to rebury the refugees killed in the war, but have to make do with a commemorative plaque instead. Herr Geist, practically invisible to his fellow villagers, challenges the pastor about concentration camps during her Christmas sermon. The novel ends with two deaths: ancient Röschen, met in the afterlife by her son, who was killed in the war; and Schlucki, an alcoholic, whose head Walter cradles until he dies.

Klüssendorf has a fine eye both for human nature and for natural beauty, and undercuts this with a laugh-out-loud sense of humour and a taste for the absurd. Her generous and surreal vision has echoes of Ali Smith, and the collective nature of the novel, merging different voices together, will appeal to fans of Elizabeth Strout’s Olive Kitteridge and Saša Stanišić’s Before the Feast. 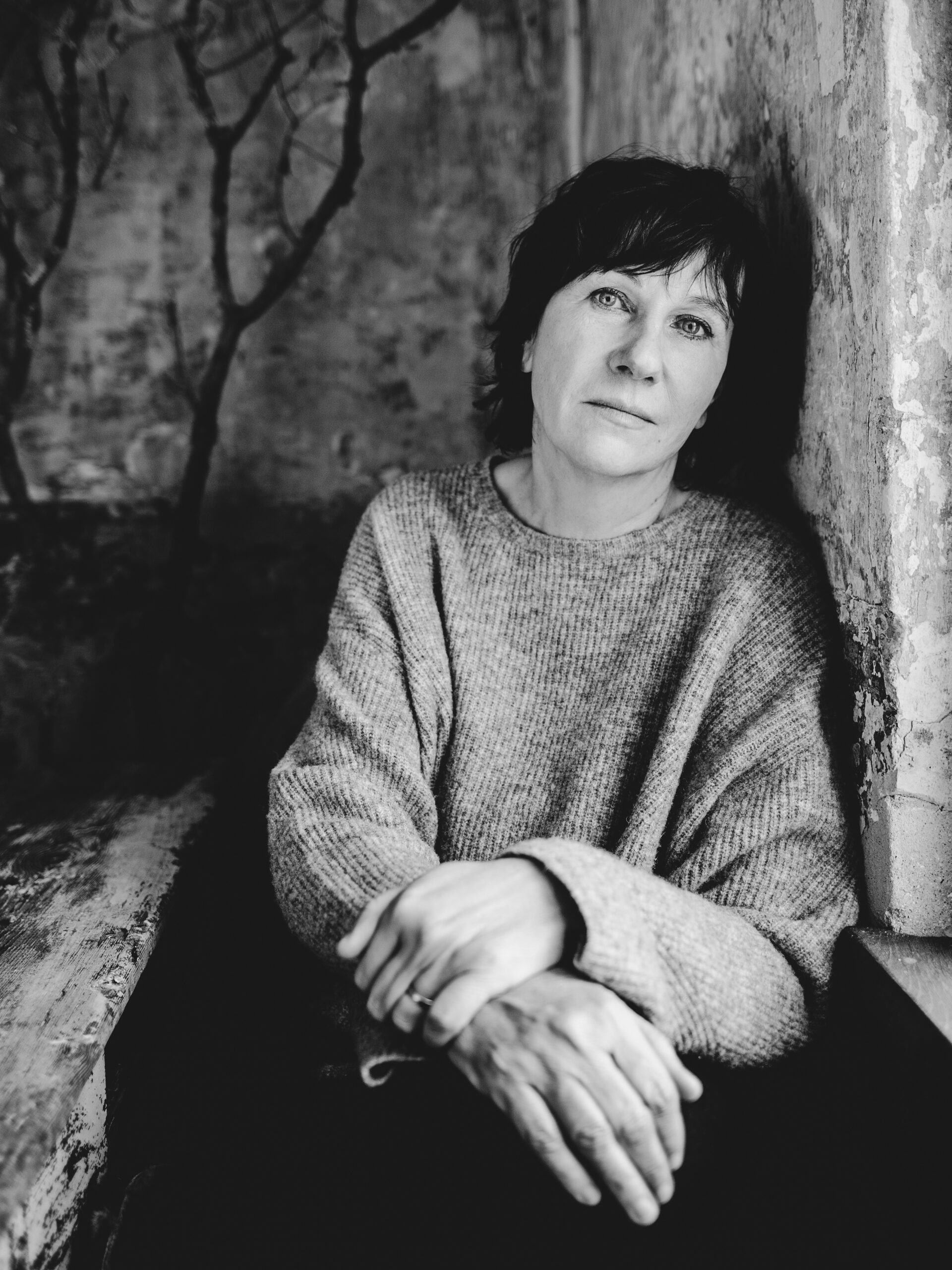 Angelika Klüssendorf has published several volumes of short stories along with the novel Life is Like That and the popular and critically acclaimed trilogy of novels The Girl, April and Years Later, all of which were nominated – and in two cases shortlisted – for the German Book Prize. Her latest award is the Marie Luise Kaschnitz Prize (2019).