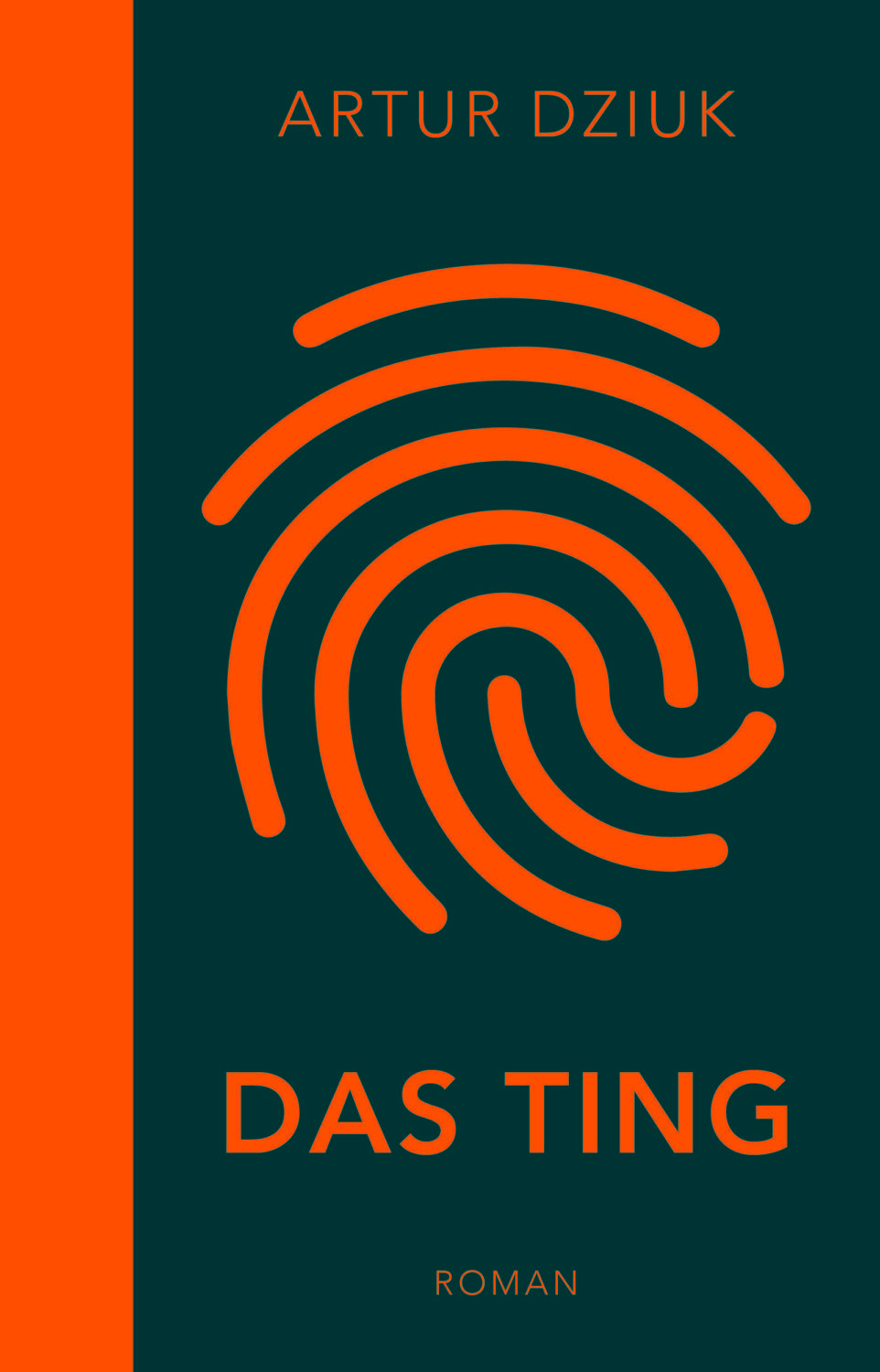 The Ting is a thrilling debut from one of the best young talents on the German literary scene.

Would you outsource all your daily decisions – big and small – to an app? Artur Dziuk’s page-turner tells the story of four very different young people who launch a tech start-up and a new app together in contemporary Berlin. Called the ‘Ting’, the app collects a user’s personal data – based on conversations, habits and lifestyle factors – evaluates it, and then provides recommendations to optimise behaviour and decision-making.

The novel follows the rise and fall of its four main characters over the course of a year, telling the story from their distinct perspectives as they come together to develop their innovative app. Adam is an ambitious Polish-German developer whose role models are Steve Jobs and Jeff Bezos; Linus is a friend of Adam’s, although the pair have recently fallen out with one another; Kasper has just been kicked out of his father’s highly successful business; and Niu is a computer geek who struggles to make connections with other people. The book is divided into three sections of nearly equal length, documenting the development and progress of the app, with different sections of the story recounted from each of the main figures’ perspectives.

Users are won over by the concept and the Ting becomes extraordinarily successful. In a bid to demonstrate the viability of the app and interest more investors, the four young founders agree to take part in a dangerous experiment. They sign a contract to follow all of the Ting’s future recommendations, regardless of what happens, with ominous consequences. In the end, their app is sold to Google for millions, but the process has wreaked havoc on the lives of the founders in different ways.

The central concept of The Ting is perilously close to the technological reality that underpins our lives, exploring our increasing dependence on our handheld devices. Whereas an app like the Ting – which aims to take over the difficult task of making important daily and larger life decisions in the interests of self-optimisation and making a perfect human – would once have belonged firmly in the realms of science fiction, it is now an all too plausible possibility. Artur Dziuk’s novel raises fascinating questions about the changing role of technology in human lives and the autonomy of our decision-making, and is ideal book club reading material.

Artur Henryk Dziuk was born in 1983 in Poland and moved as a child with his parents to Berlin. He previously edited the literary journal BELLA triste and was also an artistic director for Prosanova, a festival for contemporary literature. He is currently employed by the Fraunhofer Society for Information and Communication Technology